The new BMW M2 Coupé already has a presentation date 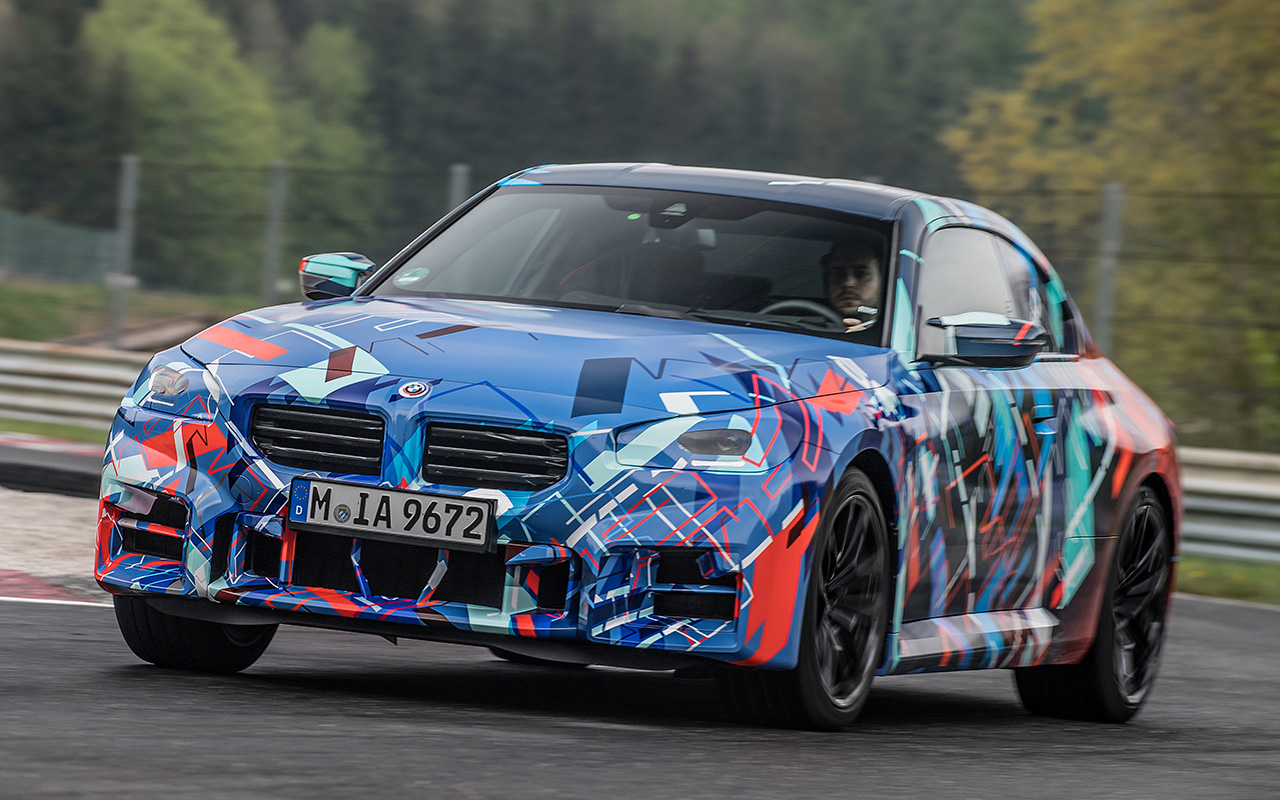 The icing on the range of the BMW 2 Series Coupé already has a presentation date. The new BMW M2 will be presented in early autumn, revealing a true beast that will make things very difficult for its competition among compact sports cars.

Scheduled for last summer, the German brand decided to delay the world presentation of the new BMW M2 Coupe. Meanwhile, the German brand is ensuring a number of manufactured units to meet the high demand that it estimates is coming, given the overwhelming expectation that its prototypes have been causing in recent months.

And it is not for less, because the version that will put the icing on the range of the new Series 2 Coupé promises a lot. As we have already been telling you, the new M2 will be one of the most powerful and most radical models in its category, with specifications at the level of the current M2 Competition. For a few months, those of BMW M have given the order to withdraw all the prototypes of this version that were prowling the streets and highways of half of Europe, avoiding unnecessary and involuntary oversights that end up with one more leak than those that have already occurred.

Index hide
1 The BMW M2 Coupé will arrive at dealerships in 2023
1.1 A leak points to the all-wheel drive xDrive in the new BMW M2

The BMW M2 Coupé will arrive at dealerships in 2023

Those of BMW M have already set a date for the debut. will be the next October 12, 2022 in a special event that will uncover the new sports car, the latest combustion engine from the sports house of BMW, which has already confirmed that it will go to a new level by betting on newly developed electrification technology, turning its wildest models into hybrids or plug-in hybrids.

Read:  Italy and more countries ask to postpone the death of the gasoline and diesel car in Europe

The new BMW M2 will offer a very radical design and with an interior in which a great digital screen will occupy the dashboard, for the instrument cluster and for the infotainment system. The carbon bucket seats They will also be among the list of options, as well as the original accessories of the «M Performance Parts» that will reinforce the aggressiveness. The colleagues of «BMWBlog» have also targeted some of its colors: «Toronto Red», «Brooklyn Grey», «Sapphire Black» or «Zandvoort Blue», the same one in which he appeared in the recent leak and in the 2002 Hommage concept of 2016.

The M2. which will open order books before the end of the year, will exploit the M4’s 3.0-litre twin-turbo six-cylinder engine to a maximum power of 450 hp. Although a leak has suggested that it could have “M xDrive” all-wheel drive, it is an unconfirmed fact, so its characteristic rear-wheel drive weighs. However, it will be offered with a change 6-speed manual or 8-speed sports automatic.