Bullfrag
Home Technology Automobiles The new BMW i7 2023, hunted in an exclusive caravan of electric... 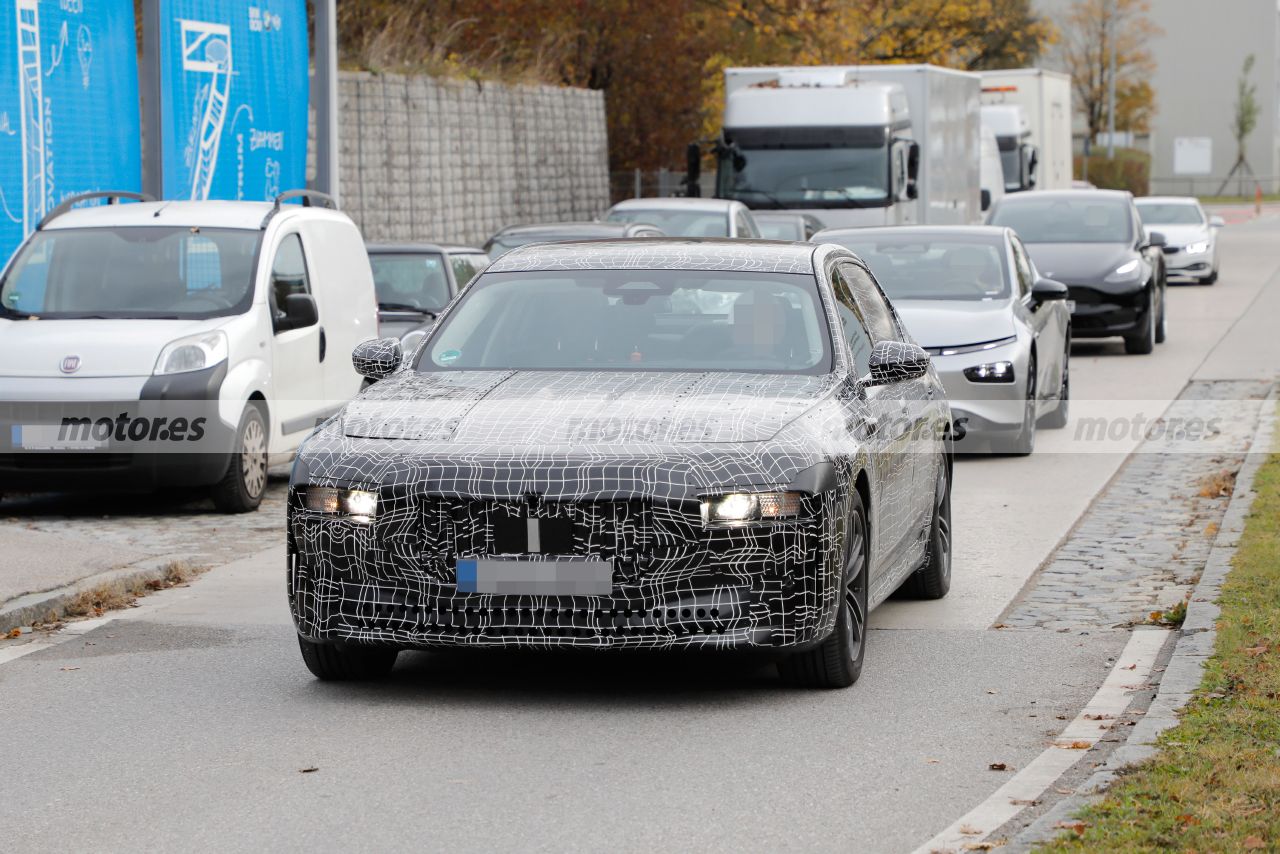 The future BMW i7 2023 is still in testing, although somewhat more delayed than the equivalent combustion model, which has already had production light clusters for a few weeks. The electric saloon promises to be a luxury benchmark in its category. It’s not just words, it’s fact, demonstrated in these new spy photos with three world-class electric competitors.

It is no coincidence that these three world-class electric models were following one of the prototypes of the Bmw i7 2023 in the vicinity of the BMW technical center in Munich. Rather, it is a very common exercise among manufacturers and also in the German brand, which has been hunted in full reverse engineering tests with the Mercedes EQS, Xpeng P7 and the Tesla Model Y.

A four-way comparison test with the new luxury saloon that will join the BMW electric range in just over a year and a half, sharing the avant-garde aesthetic features of the new 7 Series. Unlike this model, the i7 still has plenty of camouflage on its back, practically in the same condition as a few months ago and with the provisional rear lights, although we have already seen which will be a great glow stick.

The future BMW i7 compares to electric kings of its level

Differentiated by very specific details, the importance of these spy photos is the suggestive and luxurious company that the Bavarians have sought, authentic very high-end models with very specific qualities in each one of them, and with a common denominator between the three: and that is each of them was born on a different continent: the EQS in Europe, the Tesla in the United States and the Xpeng in China, which says a lot about the marketing intentions of the future BMW i7.

Read:  MotoGP cancels the Thai GP and begins the search for alternatives

But also the great comfort on board, which will not be a problem for BMW, which is a true specialist in this field. inheriting all the solutions and equipment of the new 7 Series. The future BMW i7 will perfectly measure up to these competitors in terms of power and performance, as it will have three versions: with a rear engine –“EDrive40”– and with two electric motors in the “XDrive50” -480 CV- and the exclusive and sporty «M60 xDrive»With 590 hp.

Maximum autonomy is one of the great keys of the three: The EQS has shown to reach 680 kilometers, while the Chinese slightly exceeds 700 kilometers and the American touches 650 kilometers. Values ​​that are handled for that of the Bavarians, which will be in a position to release the battery with the highest capacity ever mounted in an electric of the brand, with no less than 120 gross kWh; little more than 110 kWh net, ensuring a very high maximum autonomy that will be around 700 kilometers.

Galician chef Pepe Solla tells us how to take advantage of...