Bullfrag
Home Technology Automobiles The new BMW i5, the future luxury electric saloon, in detail in... 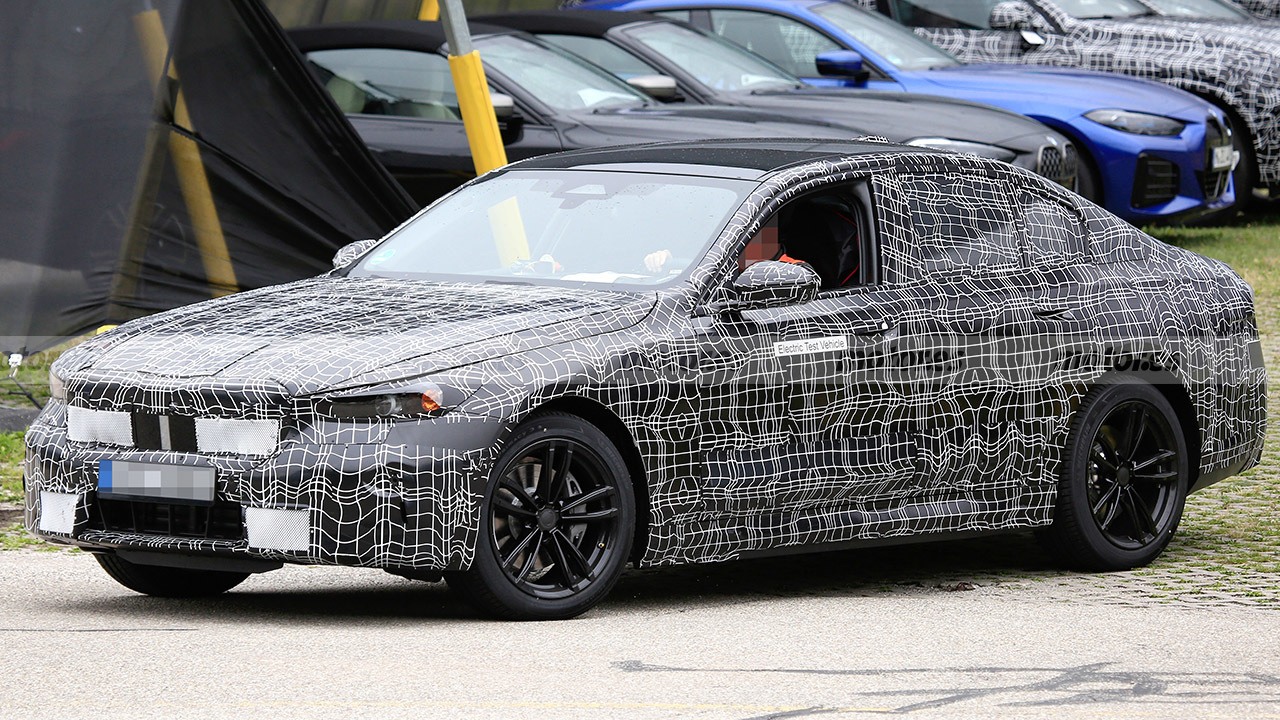 The future BMW i5 has been hunted for the second time. And this time around, we get a detailed look at the exterior of the new 100% electric saloon that BMW is working on. A model that will hit the market to rival, among others, the Tesla Model S and the Audi e-tron GT.

The development of the new generation of the BMW 5 Series is underway and, in parallel, BMW He has set to work to give life to his new and very interesting electric car. The German manufacturer continues in its quest to become the great benchmark for electric mobility in the premium market, and to do so, it will carry out a major product offensive.

Index hide
1 The new BMW i5 will come to rival, among others, the Tesla Model S
2 BMW i5, an electric saloon with more than 500 kilometers of autonomy

The new BMW i5 will come to rival, among others, the Tesla Model S

Unlike the first sighting we have had of the future i5, this time we found a moving vehicle that was being loaded into a transport to be taken to another location in order to continue with the development process. And it is that the tests have only just begun. The project is in an initial phase and in the coming months, the number of sightings is expected to increase.

The evidence sample, as can be seen in the spy photos that illustrate the article, is thickly camouflaged. It even equips certain temporary components that will not be transferred to the production vehicle that will arrive at our dealerships. BMW is determined to “put all the meat on the grill.” And is that the i5 will have to deal with some very important rivals. The Tesla Model S and the Audi e-tron GT are two of the models it will face. Nor should we lose sight of the Mercedes EQE that will soon burst onto the scene.

In the BMW range itself, the i5 will position itself as the 100% electric alternative to the Series 5 new generation. And it is that, the new generation of the German saloon, although it will continue to bet on electrification with plug-in hybrid mechanics, it will not have a fully electric motorization. This role will be held by the i5.

BMW i5, an electric saloon with more than 500 kilometers of autonomy

The future i5 range
It will be made up of three versions: i530, i540 xDrive and i5 M50 xDrive. The name xDrive already gives us a glimpse that there will be versions with a propulsion configuration (rear-wheel drive) and others with xDrive all-wheel drive. The most efficient version and, therefore, will have greater autonomy, will be able to travel more than 500 kilometers on a single charge.

The development process has only just started, so there is still plenty of time to see the i5 in European dealerships. Taking into account that the new generation of the Series 5 is scheduled for the year 2023, it is not unreasonable to think that the same thing happens with the i5. In any case, we will follow this model very closely to try to get as close as possible to the next tests carried out by the BMW engineers.