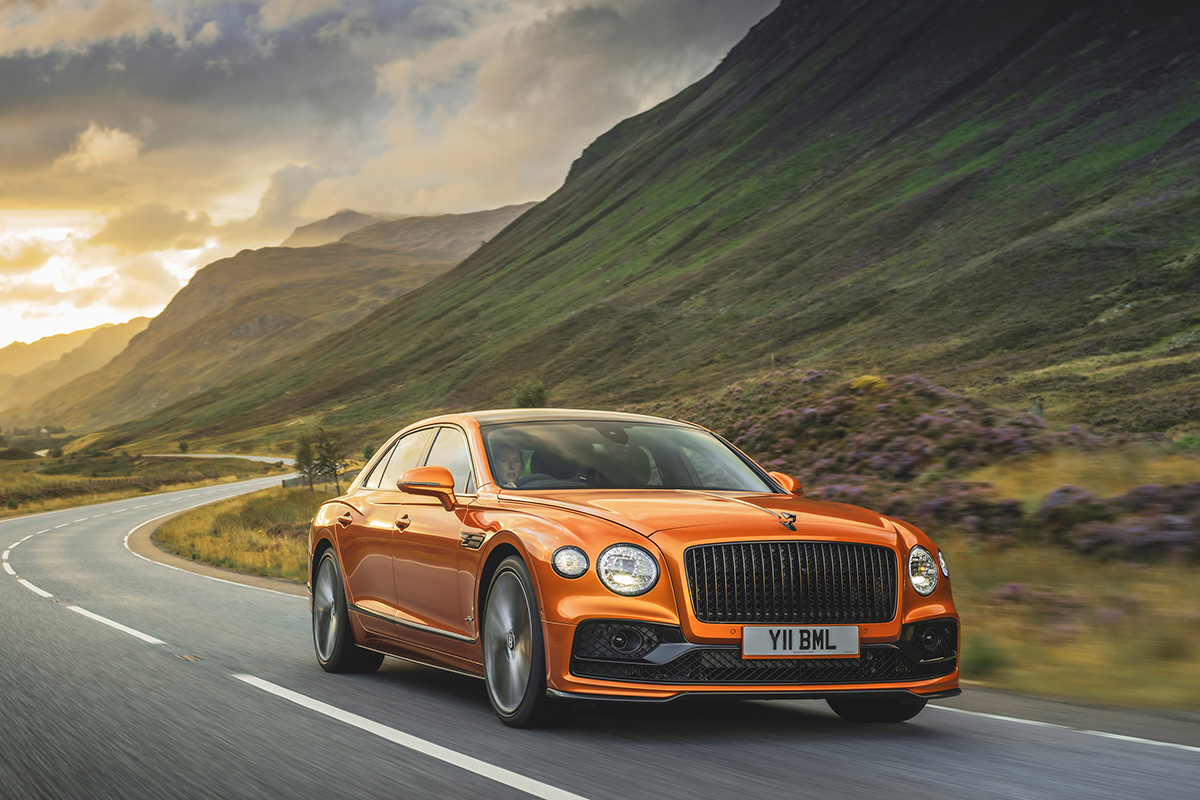 More than a year and a half has taken the British luxury brand owned by the Volkswagen group to complete the offer of its sedan. The new Bentley Flying Spur Speed ​​rounds off a range of versions with a powerful W12 engine under the hood, offering a high level of comfort and explosive performance.

A year and a half ago the British brand introduced innovations on board the Bentley Flying Spur. The Crewe-based brand considered it necessary to provide the luxurious saloon with a package of improvements focused especially on the equipment, and more specifically on key aspects for the most exquisite customers, such as customization, technology, craftsmanship and comfort.

the luxurious Bentley Flying Spur Speedconsidered by the manufacturer as the temporary replacement for the late Mulsanne, was one of the brand’s first models to champion electrification technology, introducing a plug-in hybrid propulsion option into the engine offering. A PHEV that already offers great performance but does not have the same cache than a true sports version, a plus that the special “Black Line” finish does not offer either. Now, the manufacturer has presented the icing on the range of the Bentley Flying Spur.

The explosive British sedan presents the image of this special surname, with large 22-inch alloy wheels, in addition to the glossy black finish of the grille, air intake grilles, glass surface edges, headlights and taillights, door handles and even the oval exhaust trims. Only the bodywork, available in 15 colors and the red bathing of the brake calipers, add a discordant note, as does the carbon spoiler on the front lip.

Read:  It uncovers! - The new Hyundai KONA reveals its avant-garde image in the Alps

Inside, the atmosphere is truly luxurious, with gray leather and Alcantara upholstery with diamond quilting, decorative stitching and piping and seat belts in the same exterior colour. In addition, the aluminum sports pedals are unique, the one on the brake with the brand’s logo, while the emblem of the version is present on the dashboard and on the door sill trims.

Bentley Flying Spur S, a plus of sportsmanship with concessions

Absolute luxury but the interesting thing is under the front hood. The new Bentley Flying Spur Speed ​​gives a twist to an engine that left production last Mayalthough it did not affect the units with the Mulliner seal, now with an important extra maximum power, which reaches brutal 635 hp. Enough for dizzying performance in a sedan weighing more than two tons, detailed below, and which leads to the ground through a 8-speed automatic gearbox with two modes of operation.

ND: Data not available / Figures and values ​​approved according to the WLTP cycle

The “Comfort” and “Sport” are responsible for distributing the engine torque between the two axles, as it has all-wheel drive with torque vectoring, active rear axle steering and the “Bentley Dynamic Ride” body anti-roll system which, thanks to the 48-volt technology and electrified stabilizer barskeep the body almost without inclination, with a very high comfort despite stepping on the accelerator with great pressure in the tightest curves.

Fortnite x Dragon Ball: Gohan and Piccolo land on the island with the Kamehameha, the flying cloud and more