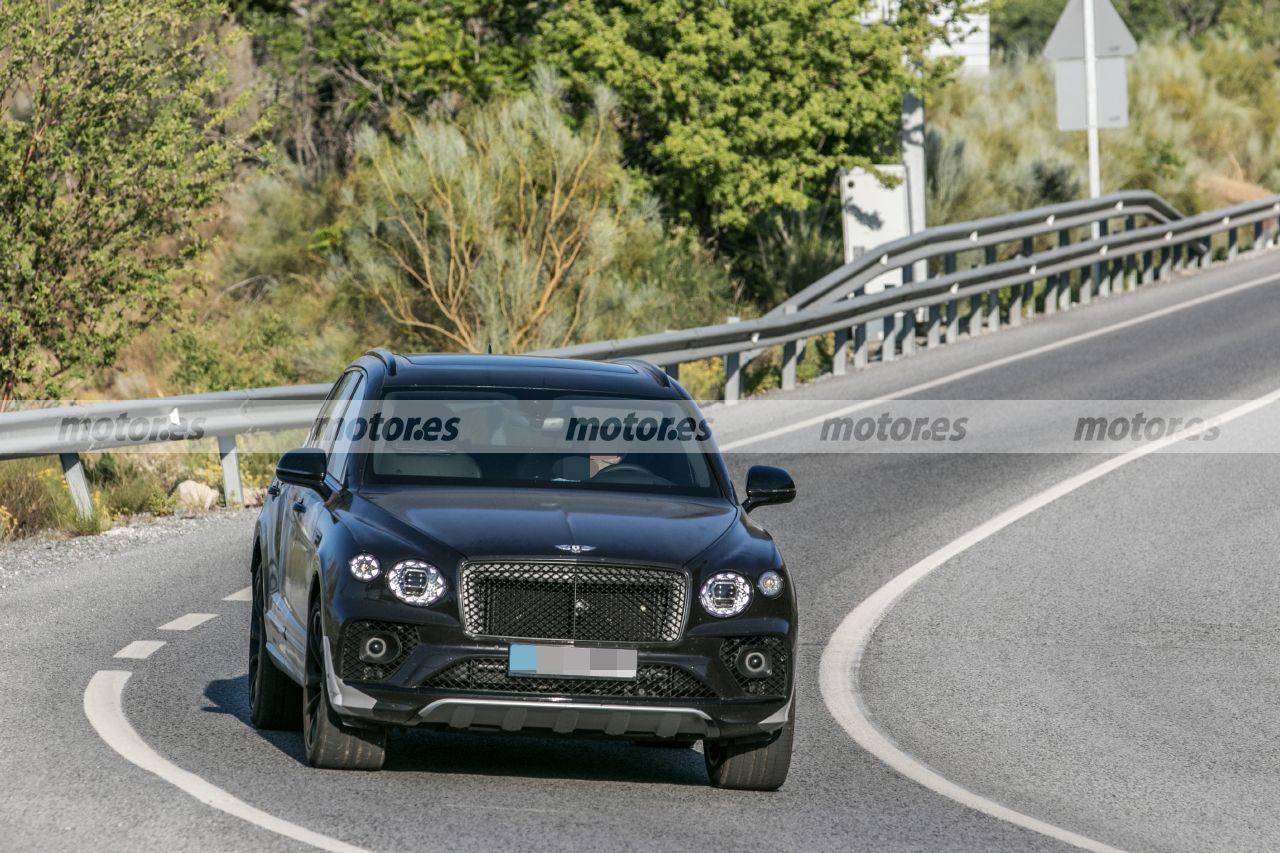 Since the beginning of the year, the Bentley Bentayga LWB did not appear in spy photos. The elongated wheelbase variant of the British firm’s SUV poses on a new test day under the high temperatures of southern Europe, retaining the same promotional camouflage before its world debut scheduled for the end of 2021.

The most luxurious variant of the Bentley Bentayga has returned to the scene of the spy photos. What will be the most luxurious model of the British firm was kept away from the indiscreet objectives of photographers since the beginning of the year, when it was sighted in the winter tests. Bentley’s have now shifted to much warmer latitudes, southern Europe.

The prototype of the Bentley Bentayga LWB shows practically all its features in the open, the different grills that make up the front have a black painted mesh with a honeycomb pattern, housing sensors in specific housings in the air intakes at the ends, exposing the satin aluminum finish of the front crankcase protector. Nothing really new in the design of the forefoot that will keep the design of the model.

The Bentley Bentayga LWB will arrive in 2022, a true show of space

The aesthetics of the optional “Blackline Specification” package with glossy black accents such as the gills on the side wings. In this part where the enormous length of the model is appreciated, with some large rear doors that will give access to one of the most spacious interiors. Behind there are no major changes compared to other versions, except for the design of the exhaust trims, oval but divided as in the V8 and also finished in dark.

The Bentayga Largo will offer a significant extra in the wheelbase, surpassing the three meters of this height very generously, with which the space of the rear seats will be significantly increased and therefore, the total length will go closer to 5.3 meters. A true top of the range that will play with space as a more luxurious plus, offering configurations of between four and seven seats, even with one more “Lounge” option and two independent rear seats.

The Bentley Bentayga LWB is expected to be offered with the most powerful version in the range, the 4.0-liter V8 biturbo with a maximum output of 550 hp. And it is that the extra weight that it will add to the scale supposes an important ballast in benefits if it is combined with the option of the Speed, losing significantly. The variant is expected debuts at the end of the year, with sales scheduled for 2022.