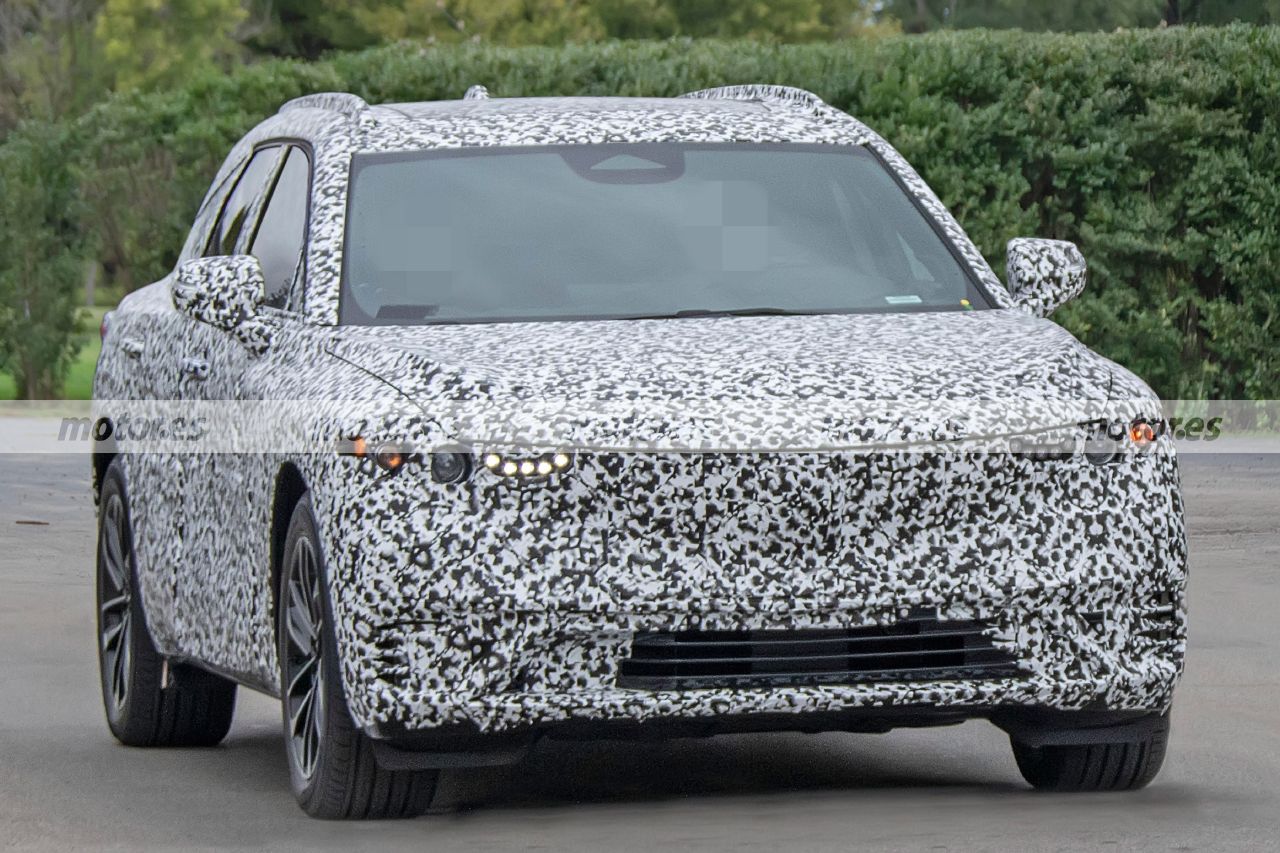 Acura’s first 100% electric model is already in development. This is the new Acura ZDX, an SUV that will arrive in the United States market in 2024. These are the first spy photos of the zero-emission alternative to the Acura RDX with a design inspired by the Precision EV Concept.

It has not managed to escape our photographers in the United States. The prototype of new Acura ZDX 2024 has been hunted in its first tests on public roads on the other side of the Atlantic. The first fully electric SUV of the Japanese brand has begun its development, a zero-emission alternative to the Acura RDX that will come with a very avant-garde design to stand up to the new Cadillac Lyriq.

The new Acura ZDX, whose name has already been confirmed by the brand, faithfully reproduces the design advanced in the concept car of the Acura PrecisionEV, premiering a new design that will be more avant-garde, as can be seen in the shape of the silhouette. these first spy photos also show the influence of the electric model of the GM luxury firm, since they will share the Ultium platformhence the Acura copies the layout of the Lyriq’s windshield pillars and B- and C-pillars.

For now, the snapshots reveal conventional door handles, rear-view mirrors anchored to the door panels and a very sporty design at the back, but nothing of the front and rear light clusters, provisional given their state of development. so early. A completely new style on the outside that will also reach the interior, as Acura representatives have confirmed that the cockpit of the Precision EV Concept will also move with the corresponding modifications.

An interior dominated by digitization and connectivity at the highest level, in which large screens will merge the instrumentation and the multimedia system, offering the five passengers a highly technological atmosphere. The images give a glimpse of part of the interior of the new ZDX, with part of a large touch screen peeking through the front side window.

The new Acura ZDX will premiere in 2024 and it will be manufactured in Tennessee, in the same factory where the Cadillac Lyriq is already produced. Although both models will share a platform, battery and electric motors, each will have its own driving feel, sportier in the case of the Acura. The range will have different versions of one and two electric motors, rear-wheel drive or all-wheel drive, including a high-performance version with the surname Type S.

China will no longer require covid tests to board public transport