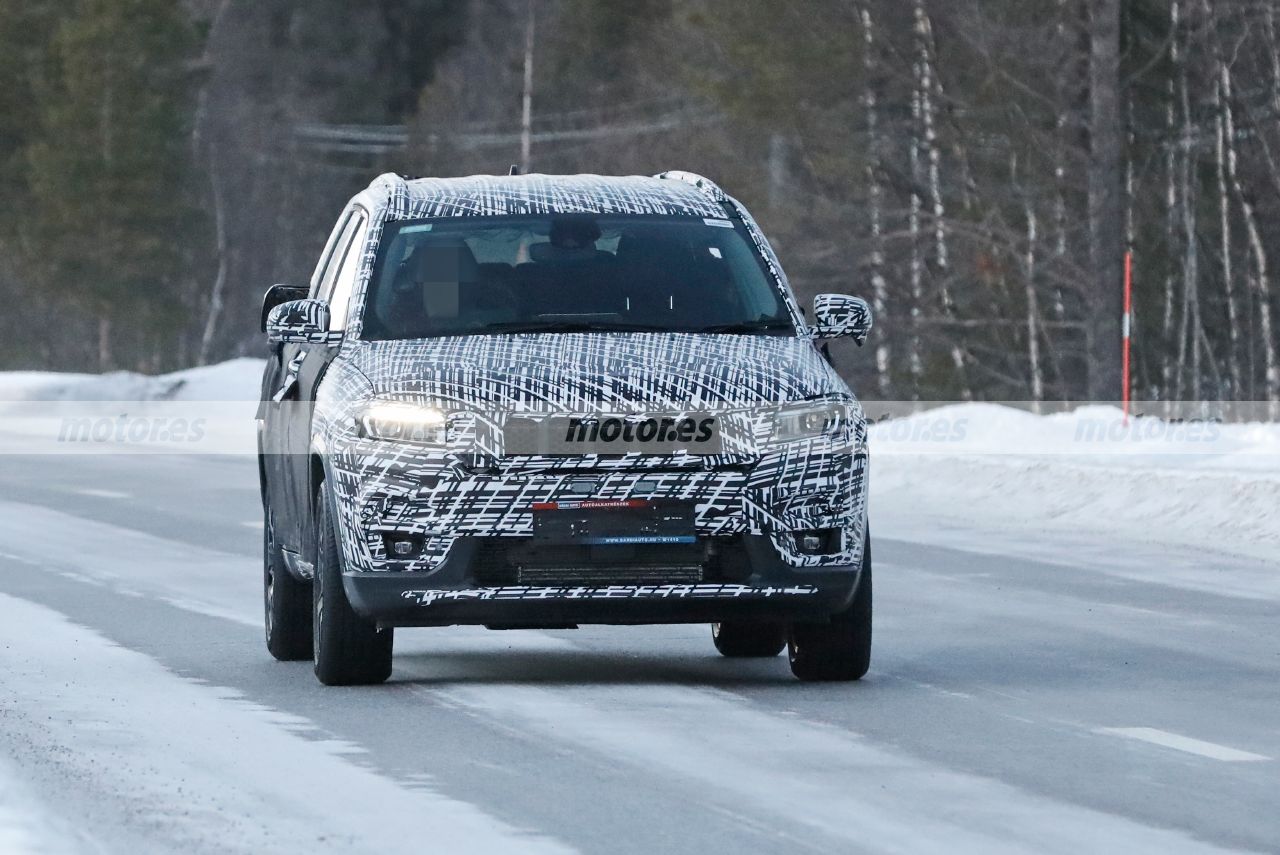 Stellantis has moved to the north of Sweden in style, and not only with new models for Europe, but also for South America. A very common scenario for the tests of these models, such as the new Jeep Grand Compass 2023, which you can see in these nightly spy photos.

Models destined for emerging markets in Asia and South America are also undergoing trials in northern Sweden, especially those sold by Stellantis. The consortium is at its facilities in the north of Sweden, with an authentic display of prototypes of the different Italian brands and also the American Jeep has just made an appearance.

This is demonstrated in these spy photos new Jeep Grand Compass 2023. This model, which will not reach Europe, faces a second round of tests under intense cold in just under a year, a prototype that we have also seen in tests in India. This condition is confirmed by the sighting of four prototypes of this model, two units left-hand drive and as many right-hand drivewhich confirms its launch in different markets.

With much less camouflage, this new SUVs reveals the characteristic features of its design, and the DNA of the American brand. The typical seven-slot grill becomes noticeably visible –the five central ones are visible and the two at the ends remain hidden– Like the headlights, they present the usual luminous graphic of all the models of the American brand. At the back, the pilots are also the same as the European Compass, despite the fact that the left one does not fit correctly.

Read:  The car collection that Xisca Perelló, wife of Rafael Nadal, would inherit

What is very evident is that this Jeep Grand Compass will offer ample interior space, in view of the generous increase in length dimension. With capacity for three rows of seats and seven seats, the interior also shows the influence of the European model, with a large touch screen occupying the center console, and which will have the “Uconnect 5” multimedia system with Apple CarPlay and Android Auto connectivity.

Jeep introduces new e-Hybrid versions of the Renegade and Compass

The new model will be launched on the market in 2023, although we do not know the range of engines that will be offered in each market, nor its definitive commercial name, which may vary between those of «big compass», «Commander», «Patriot» or «Compass L». What we do know is that the manufacturer will offer a modern engine 2.0-litre Multijet dieselwith a maximum power of 170 CV, and 6-speed manual transmission or 9-speed automatic with all-wheel drive.