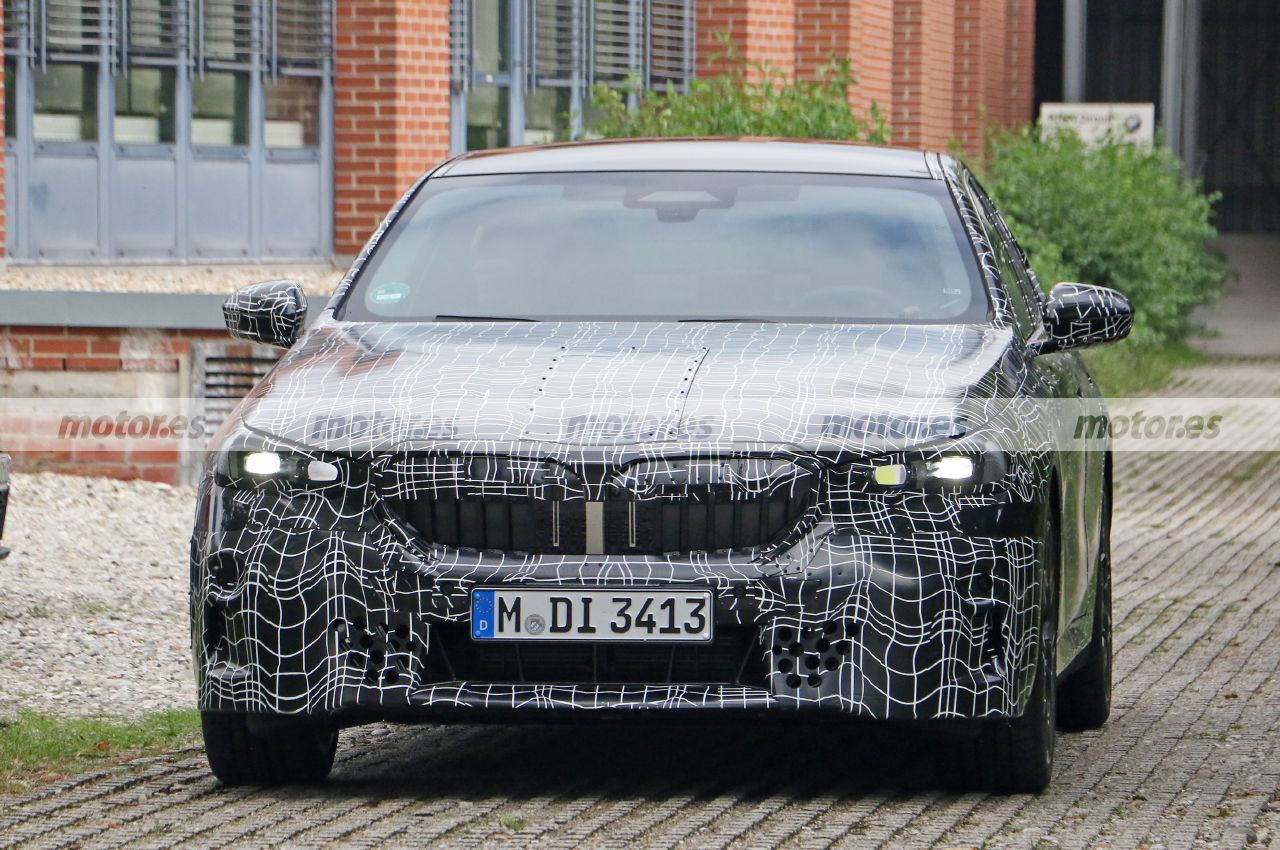 The new generation of the BMW 5 Series has taken an important step forward. After a long period of time, the new saloon of the German brand has begun to lose camouflage significantly. These new spy photos already show the new sharper and cleaner features of the production model that will hit the market in 2024.

It has taken a long year for the new generation of the BMW 5 Series. A process that seemed endless, until its prototypes have already detached from the additional riveted plates that concealed and hid key details in this new model of the Munich brand. An important step forward that allows us to see its new shapes and aesthetic features more clearly.

The new BMW 5 Series 2023 It has been seen around the brand’s headquarters in Germany. The news spy photos They show a more defined front, appreciating the new design of the ovoid grille that stretches in width but not in height, with a system of active aerodynamics just behind the characteristic decorative bars. The shape of the headlights is also more visible, as are their lighting functions, distinguishing themselves in this 5 Series with a sharper look reminiscent of Bangle’s ‘E60’ designed model.

The images also show a very short but, at the same time, more pronounced and bulbous overhang with perforations advancing air intakes, which means that behind this camouflaged piece is the sports package «M-Sport». An evidence also of the alloy wheels with a sportier design. But the loss of camouflage on the side is not so noticeable, the Bavarians remain undiscovered the contour of the Hofmeister fold from the rear window.

Read:  Carlos Sainz takes the first free practice on the return to Melbourne

From behind, the advance is no longer so important, although the pilots give an idea that its design will be very similar to those mounted by the new 7 Series with a darkened part which provides an extra cache. The new model will offer a more modern design on the outside and also on the inside, a more sophisticated interior than what we have already seen in spy photos dominated by the large digital screen that occupies from the instrument panel to the center console on the dashboard.

With little more than half a year of development, the new “G60”, as it is known internally, will debut at the end of spring 2023going on sale in the autumn as a 2024 model. The range will feature petrol and diesel MHEV options and up to three PHEV versions, propellants that will be offered in architectures of four and six cylinders in line of 2.0 and 3.0 liters. A list of full and rear wheel drive versions xDrive, all with 8-speed automatic transmission.

Shopping, the series that would serve you on Black Friday, Cyber ​​Monday, Good End and always