The Netherlands’ solution to spiraling prices and housing shortages 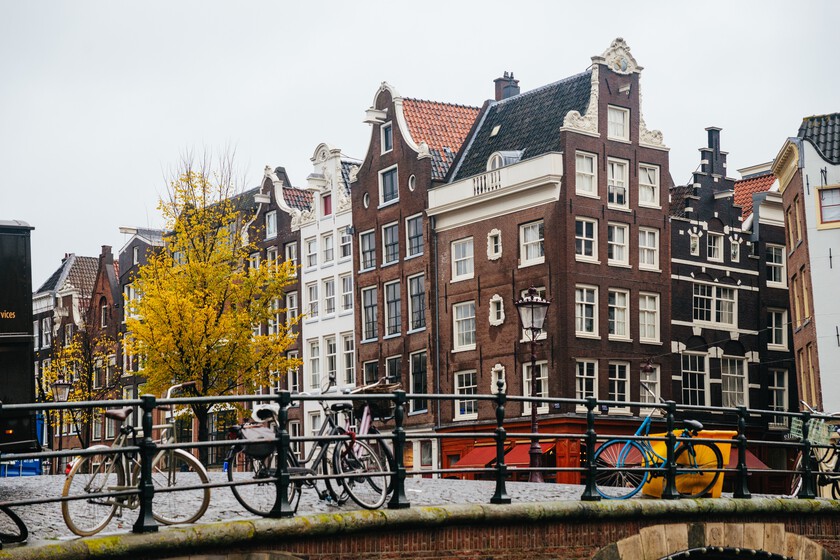 Between 2010 and 2021, rents increased by 15.3% in the European Union, according to Eurostat. Nic Vrieselaar, an economist at RaboResearch, explained that the market in the Netherlands “was becoming unaffordable.” More and more people are flocking to urban areas where there are more jobs and higher wages, and many cities have been “stressed out” with a housing shortage and skyrocketing rental prices.

In addition, the so-called “airbnb effect” has made the situation worse. Instead of selling a property or renting it out long-term, many owners list their apartments for short-term rentals. This means, again, less stock and higher rents.

Limit the rental price. The Netherlands wants to reverse this phenomenon. And she has been looking for the right formula for a long time. It is already the European country that is committed to more social rental housing, shielded from speculation. The government expects that by 2024 more than 90% of these properties will be rented for less than €1,000. To do so, he will impose rent caps on more than 300,000 homes to make them more affordable among low-income renters and amid a brutal housing shortage.

According to the plan, the rental price of these homes will be reduced by an average of 190 euros per month and they will have a maximum monthly rent of around 1,100 euros. Owners who do not comply with these limits would face fines.

Why? Middle-class people have been fighting the country’s acute housing shortage for years. With more regulation, tenants would get more protections and landlords would be more willing to invest in the sector. As we told Magnet previously, in the Netherlands a law was passed in which Dutch municipalities will be able to prohibit the presence of private investors in neighborhoods considered particularly vulnerable.

This reform prevents the sale of a home during the first four years from its acquisition and, in this way, discourages investors only interested in economic profitability. In short: a weapon against speculation.

The problem. These measures, along with rising interest rates, risk exacerbating the nation’s housing shortage by less construction and tempting homeowners to sell their properties. It must also be remembered that private investment promotes construction and rehabilitation. If investors find more benefits in other countries, they may move their funds there and supply will remain limited in that initial market.

Read:  The Spanish city where housing is most expensive is neither Madrid nor Barcelona (and that is a bad sign for everyone)

a trend. Rent controls are becoming more and more common across Europe. Some cities, such as Berlin, have tried it, although they have had to deal with many obstacles along the way. There, rents cannot exceed the local average by more than 10%. States cap rent increases at 15-20% per year and it’s nearly impossible to evict tenants.

In other cities like San Francisco, Barcelona, Palm either Valencia Attempts have been made to regulate AirBnb and limit tourist housing. And Sweden, for example, is committed to a complex system of huge payoffs. Meanwhile, UK and Irish lawmakers have had similar discussions over their property markets.

In Spain. The Government approved a few months ago a national law on the “right to housing”. This will allow regional governments to impose rent caps for owner-occupied apartments (with 10 or more properties) in areas considered “stressed.” And it also includes tax penalties for owners who leave multiple units unrented for extended periods. In addition, it includes provisions to reserve 30% of the units under construction of new housing for low-income public housing.

Of course, it will be the autonomous communities who will have the power to declare stressed areas to limit the rental price and, to date, all the communities governed by the Popular Party have already announced that they will not do so.

Shielding yourself against inflation. This year, with inflation skyrocketing, what the Government has recently done is shield rents during 2023 against the rise in the CPI. This means that the owners of rented apartments cannot raise the price of the monthly payment by more than 2% per year for the coming year. Until now, the law allowed owners to raise the price of housing according to the rise in the CPI. But this resulted in huge hikes (since inflation is rampant), which many renters couldn’t afford.