The NBA continues to innovate on Web3 and partners with Sorare 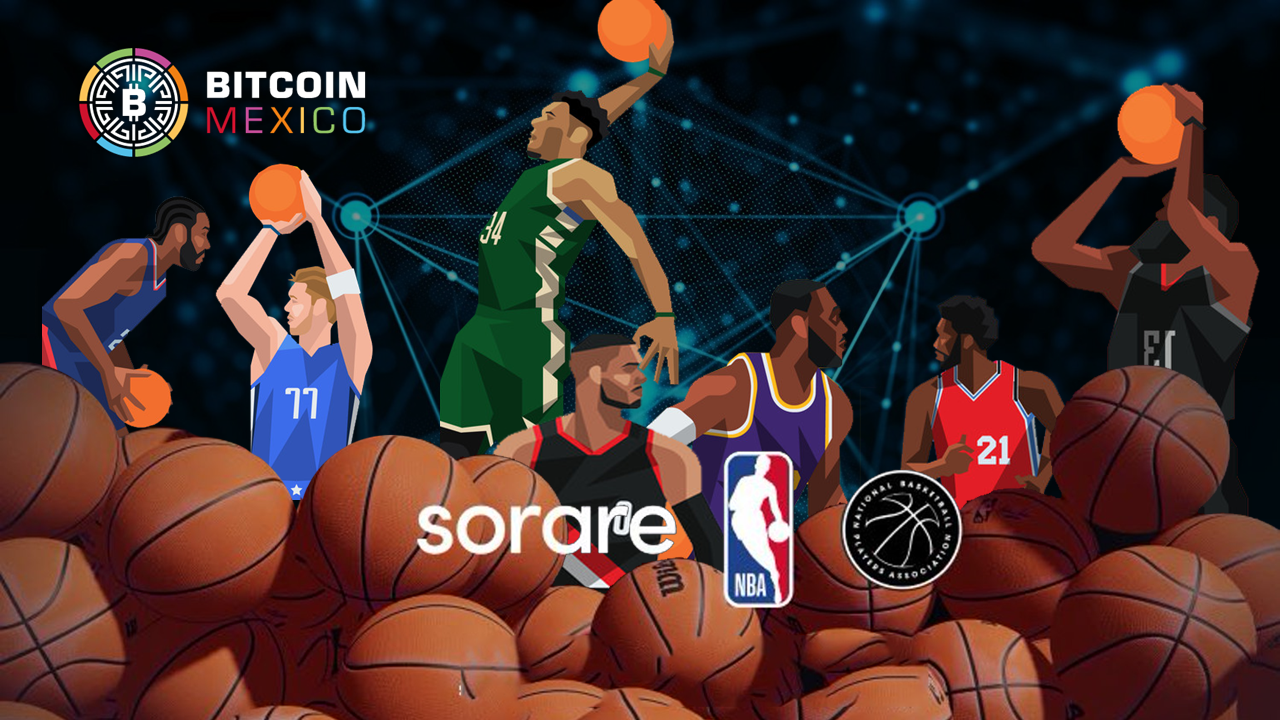 The cryptocurrency ecosystem has looked to sports as a platform for expansion, such as the case of fan tokens in the world of soccer or the alliance between Crypto.com and Formula 1, to name just two examples.

The NBA, which had begun its journey on Web3 by officially launching the nbatopshot, now signed a bond with Sorare NFT platform with extensive travel and a lot of interaction with soccer together with the National Basketball Players Association (NBPA).

With moves in the billions a year, basketball promises to bring joy to fans in the world of fantasy games.

Index hide
1 fantasy nba
2 How does it work and what is NBA Top Shot?
3 Sorare reinforces its presence in the North American market

Although there are not many details regarding this multi-year contract, it should be clarified that this project is just beginning and it would see the light only in 2023, maybe for the playoff stage. According to him Press release delivered by the NBA, you can read that the goal of Sorare will be creating “the first officially licensed digital collectible-based fantasy basketball game.”

Sorare proposes to give NFTs a use by creating a dynamic game with the aim of entertaining the user.

How does it work and what is NBA Top Shot?

With the arrival of Sorare, the question arises as to what will happen to NBA Top Shot, which also has the official seal and is licensed by Dapper Labs. Although the path seems to be the same, they are two completely different games that could coexist . At least that’s how the league sees it, which has no intention of cutting any ties.

NBA Topshot it is a licensed platform in which users buy “unique plays”. A panel of specialists determines which shards are collectible and puts them up for sale. Like Sorare, these have different types of rarity and value.

A legendary Anthony Davis slam dunk, which is only 85 editions old, can be purchased for $1,600, while a regular Mikal Bridges assist, with 4,000 items available, is available for $2. You can find videos of the best players in the world: LeBron James, Luka Doncic, Giannis Antetokounmpo or Jayson Tatum.

The point at which NBA Top Shot and Sorare could meet would be if the former carry out their idea of ​​​​making a game, as they had hinted. However, this project is still very green and it is difficult, now that it will have a strong and already respected competition within the ecosystem, I will be able to carry it out.

Sorare reinforces its presence in the North American market

The United States and North America is one of the markets that Sorare is most interested in and that is why it also reached an agreement with Major League Baseball (MLB). The 30 best baseball franchises in the world will appear on the cards and the innovation is coming soon. It was also commented that the “Rivals” modality, another NFT game, will become real.

The company today works with football and baseball (MLB) cards: players put together lineups with their favorites and take on challenges. Depending on the results and performance there are different types of prizes

The game is Free-to-Play, although it also offers paid options to improve performance. There are different categories of cards and depending on the rarity, the prize increases: Unique has a single NFT, while Limited supports up to 1,000. In football, it has an agreement with more than 300 clubs and leagues, such as the Italian Serie A, the French Ligue 1 and the Spanish League.