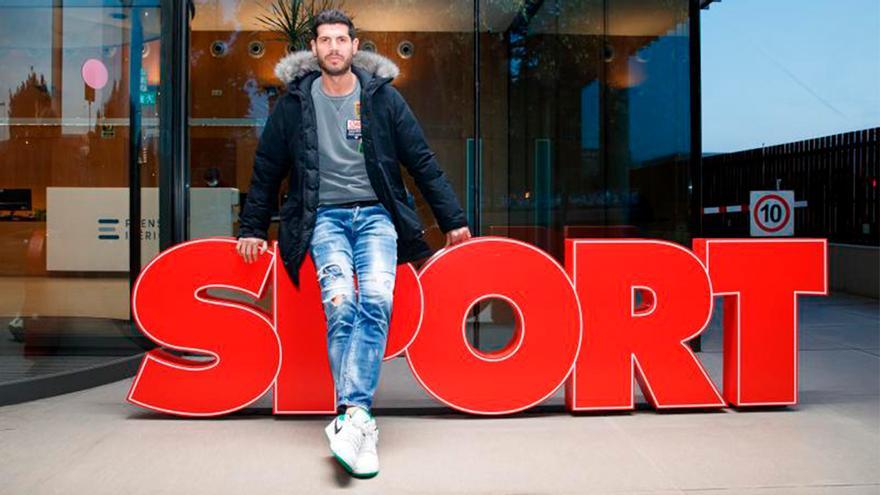 You have been working for the Federation for two years now, how do you rate this professional stage?

I am very happy with the work done by Luis Rubiales. For Spanish football, the entry of Luis Rubiales has been very beneficial. The budget has multiplied and that money goes to grassroots football, amateur football, etc.

From its international stage, the RFEF_ had become obsolete?

When you are a player, you are interested in games, but since I’ve been at home, things have improved a lot. They have been structured in communication, marketing, which did not exist, women’s football, which is a priority, with its own department and its president, its director of women’s football, its marketing, communication … When we entered we were the tenth federation at an economic level and now we are number two after the English.

Does your attributions also include being close to the senior team?

I help in all areas that I can. At the sporting level, I am close to the national team, whatever it is, senior, sub’21 … I have former teammates in the senior team and they contributed as much as I can.

How did the moments of greatest external pressure towards Luis Enrique internally be handled?

There were moments of controversy, the press commented that there were no Madrid players, but Luis Enrique is the one who commands and decides. Then, seeing the results, we will continue to believe that you made the right decisions. We would like everything to be calmer and to satisfy all the clubs, but if it is decided that there is no Madrid, we have to accept it. In the future the same thing happens the other way around, that there are many from Madrid and none from Barça.

Index hide
1 “Why not dream of winning in Qatar”?
2 “Busquets is ahead of the rest”
3 “De la Fuente had to summon Pedri”
4 “Laporta is ideal for the resurgence of Barça”

“Why not dream of winning in Qatar”?

And all with a non-negotiable way of playing.

It is the philosophy that has produced the greatest successes in history. Why change it? There is also a coach who likes that way of playing very much, but if he must change because the game requires it, he does not have any kind of problem and he adapts. Before starting the game, even the president does not know who is going to play. Luis Enrique is so good that until the last moment he can surprise you. Some may say how do you do this? But the game ends and you agree with him, bearing all the responsibility. Get good results and team performance.

We are soon entering 2022, with the challenge of the World Cup, how do you face it?

Yes, you have to think big, you are going to face very difficult teams, only one wins, but why not dream of winning in Qatar?

Isn’t this World Cup perhaps too early for the new batch?

Who better and braver than Luis Enrique right now? We could go with veterans, but the youngsters are better than those who have played many games in the First Division. There is no other option but to risk.

“Busquets is ahead of the rest”

How is it explained that the performance of Busquets is so high in the Red, even improving that of Barça?

The feeling with Luis Enrique is very good, he comes very motivated. He is the captain and leader of the team, his performance is spectacular. It goes for the rest at the tactical, technical level, reading a game, the rhythm, the intensity of the ball. It is essential, it reaches the World Cup and we need it a lot. In his position he is the best in the world.

Read:  "They have me by their side"

And what does the Gavi phenomenon tell me?

I’ll be honest, I asked Iván de la Peña (his agent), Puyol, people who are close to him, they told me he was a great player and I was able to corroborate it. I knew him very little or almost nothing and Barça has to be very grateful to Luis Enrique and the Federation for the increase in value … although he has earned it. He competes and does not care who is in front of him. If it is Jorginho, nominated Golden Ball, or Pogba. In the Nations he did not have any problem to enter the clash. Without a doubt, it is the great discovery of Spanish football,

On a personal level, I think that after this time of Cristiano and Messi, if his knee does not fail him, he will be the great reference in the world of football. You could already see him. In the Federation we knew him very well from the lower teams, from many training sessions. I have seen that it is different from the rest. Hopefully injuries respect him. If not for that, I am sure I would have been at the last Ballon d’Or gala.

Do you have to take good care of Pedri?

It is a type of play that does not exist, special, that sees football above the others, such as Xavi or Iniesta. I knew him a lot because one of his first coaches was Juan Carlos Valerón, my teammate at Deportivo. I asked him and he told me that he had never seen anything like it in his life at the same age when he was in Las Palmas B.

You played the Sydney Games, it must be impossible to give up on such a date …

I will speak very clearly. The selector Luis de la Fuente had to summon him. If the player is tired, cannot or does not want to, he can communicate it. If that doesn’t happen, the Federation has the obligation to summon the best for the tournament and we almost won the gold.

Is it good that Ferran Torres returns to the Spanish League?

He is a player that I like a lot, the top scorer of the Luis Enrique era and scoring in important moments, like in the Nations against Italy. Its performance is spectacular.

What do you think of Xavi’s arrival at FC_Barcelona?

Qatar was already being spoken highly of and I know him perfectly. We are both from Terrassa. He was very professional as a player and he is also very professional as a coach, even more so. He was the one indicated for the moment of FC Barcelona but he is not Harry Potter either, he does not have a magic wand, everything has a process.

“Laporta is ideal for the resurgence of Barça”

That being a former teammate of Luis Enrique is good for La Roja?

The relationship with FC Barcelona is exquisite, as with Madrid. Xavi and Luis Enrique’s relationship is very good. I remember the three of us went on vacation together as players. That friendship continues and they will have a very close contact.

By the way, you were a Barça youth squad and you were close to signing for the first team, right?

I was very close once, at Deportivo in 2004. I met with Txiki and Sandro when Jan Laporta was the president. I had reached an agreement with Barça, but Depor was very well financially at that time and the transfer was not closed due to a difference of eight or nine million.

Does your link with Laporta continue? In 2015 he was running for the presidency.

We get along really good. Jan understands the player and is the perfect president for this Barça. Barto’s time was a disaster on an economic level. Laporta is the right person for the revival. He was right with Xavi, with Mateu Alemany, who took me from Mallorca to Depor, and with Enric Masip, who is a ten.