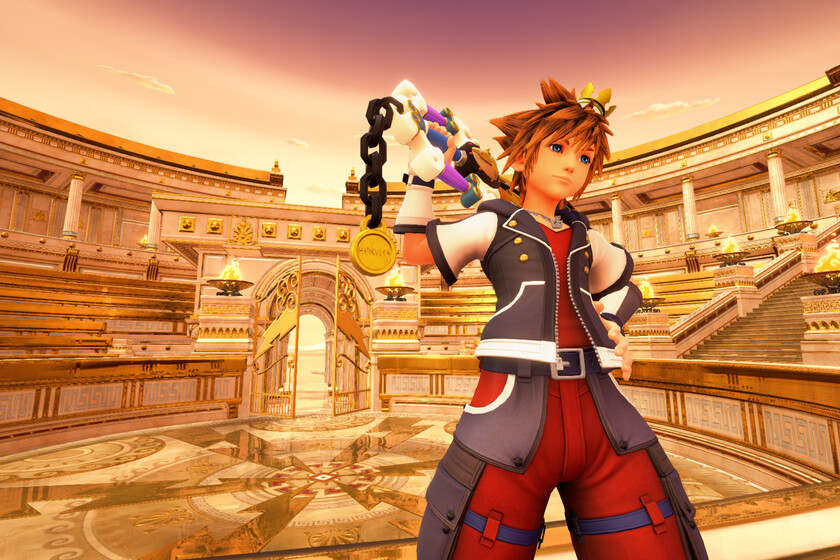 A classic of the Kingdom Hearts franchise has always been the Olympus Coliseum and the possibility of holding tournaments really complicated. An extra that gave the games a lot of life and that was especially surprising in Kingdom Hearts 3 as it was not available, not even in Zeus’s own kingdom.

However, a modder has done his homework and presented us with a multitude of battles on a plate. Thanks to the work of Aproydtix, we can now play in a new area in Olympus that has its own coliseum. Of course, the idea is that we sign up for the different cups and start reaching the highest positions.

As you can see, the work has been sensational. Meg, Fil and Pegasus have been added to the middle of the stage, glass cups have been recycled Kingdom Hearts 1 and Kingdom Hearts 2, beyond incorporating a good portion of new ones. To add spice to the fight, a scoring system that rewards us the faster we kill the enemies and the more life we ​​have.

The truth is that it was funny to hear the crowd roar after winning the tournaments Kingdom Hearts 1 when nobody was really there, but now we will have a good amount of people watching us. We can even block competitions based on where we are in the story.

Obviously we can find the occasional bug, but the truth is that what has been done so far is impeccable. Among the improvements that Aroydtix wants to introduce we find a fight against Sephiroth, which already makes our legs tremble. On the other hand, the mythical victory poses of the leading trio will not be missing either.

Read:  Get the Xbox Elite Series 2 Controller at an incredible price