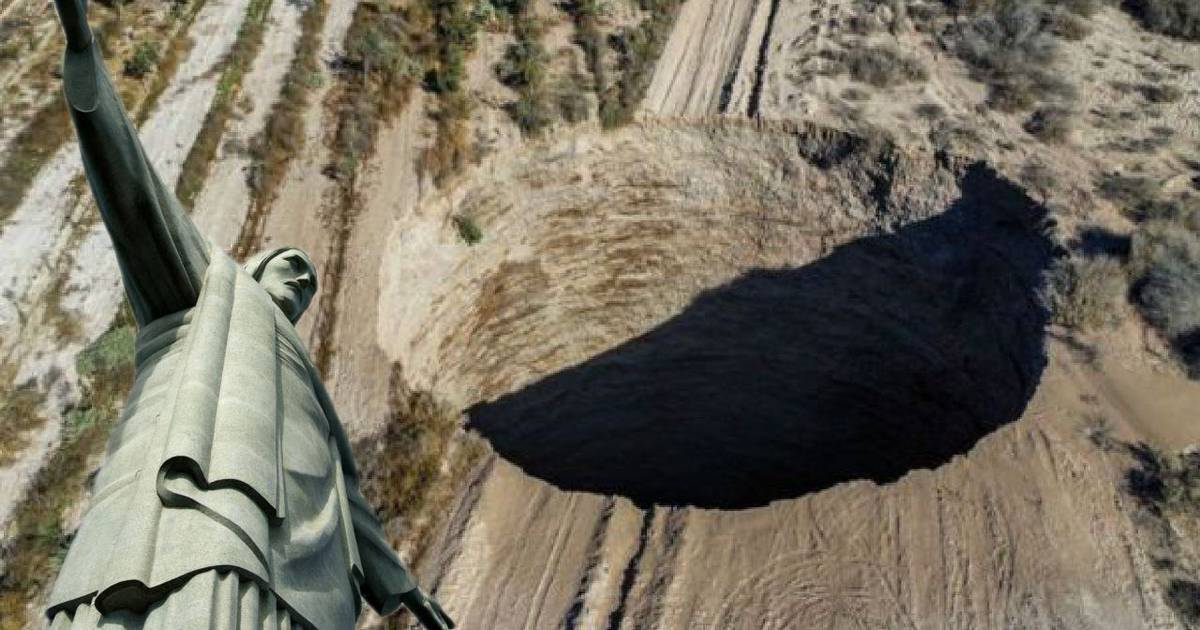 The mysterious hole in Chile’s Atacama desert keeps getting bigger and bigger. It has already reached 200 meters deep, 50 meters wide and you can see water at the bottom. Up to six statues of Christ the Redeemer of Brazil they fit in place, with their arms outstretched: the statue measures, from hand to hand, 36 meters, with a total height of 38 meters.

The sinkhole, near the Alcaparrosa mine, in the north of the country, was detected a few weeks ago. This mine is operated by the Canadian company Lundin Mining.

The cause of the sinking is unknown, but it probably has to do with industrial work in the area. The country’s authorities continue to investigate, forcing to paralyze the operations of the mine managed by Lundin.

One of the main concerns is that the hole was created not far from a residential area and a local health center. According to Cristóbal Zúñiga, the mayor of Tierra Amarilla, the affected municipality, “A hole of such magnitude had never been seen in the place.”

“We demand answers from Sernageomin and the competent authority, to investigate why this happened and to assess the risks if this could happen in another inhabited sector of our commune,” Zúñiga stressed, in conversation with the ADN radio station, quoted by DW.

In the area there are workers from the sernageomin, the body that governs geological and mining activities in the country.

“Professionals from the National Geology and Mining Service focused on verifying the presence of water in galleries, where it was possible to certify that the situation is under control and there are extractor pumps working to normalize the situation”the agency published in a statement.

“In the next few days we will be dedicated to verifying the status of the different mansions of the mine and, especially, the one that is under collapse and that would preliminarily have an over-exploitation,” stressed Sernageomin.

The local authorities initiated a penalty procedure against the Lundin mining company, which also It has operations in Argentina, Brazil, Portugal, Sweden and the United States, producing copper, zinc, gold and nickel.