Bullfrag
Home News The mother who took her children from a center in Madrid to... 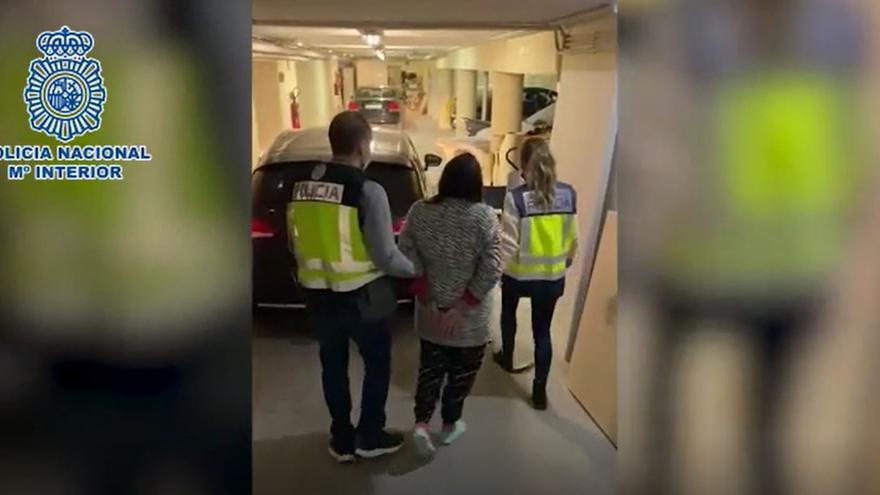 The Court of First Instance and Instruction No. 3 of Navalcarnero (Madrid) has agreed to enter the Nieves R. prison, the mother who stole to their children from a center in Aranjuez, since he had in force a warrant of entry into jail for a previous crime.

Both Nieves and his partner have been released for the events for which they were arrested this Wednesday in Cadalso de los Vidrios, that is, for taking her children from the reception center, as reported by the Superior Court of Justice of Madrid .

Both will be investigated by the alleged commission of a crime of child abduction and they have been imposed the precautionary measure of the obligation to sign in court every fifteen days.

However, the woman will enter prison since the magistrate has executed an order to enter the prison that weighed on her by a previous sentence of a Madrid Criminal Court & NegativeMediumSpace; for the commission of a crime with robbery with force.

At the end of the declaration of the two detainees, the magistrate of the Court of First Instance and Instruction number 3 of Navalcarnero has inhibited in favor of the Court of First Instance of Instruction number 2 of Aranjuez (Madrid), the body that hears the matter, since the one that initiated the preliminary proceedings when the disappearance of the minors was known.

This Wednesday the agents of the Family and Women’s Care Unit (UFAM) of the National Police of Aranjuez located the children in the Madrid town of Cadalso de los Vidrios at around seven in the afternoon.

The minors were in an illegally occupied floor of a block of buildings, in which the agents have entered with judicial authorization, sources of the investigation informed Efe. Apparently it was citizen collaboration that made it possible to locate the couple and notify the security forces and bodies. The woman was identified because she has a tattoo on her face.

It is suspected that the apartment had been occupied very little time so they wanted to use it to hide in it. The municipality where the children have been found is just 15 kilometers from the Toledo town of Almorox, where the current couple of the mother had resided.

After being evaluated healthily, the three minors, 5, 7 and 9 years old, were transferred yesterday to the Mother Teresa Children’s Home. In that center, the encounter between the father and the minors took place. “The greatest joy they could give me. They were many days without knowing anything,” the father explained to EFE.

His lawyer assured that they will continue to act as a private accusation against the mother and her partner, since he is a necessary cooperator. “We want this not to happen again,” stressed his lawyer. The three minors had an outing scheduled last Sunday the 14th with their mother, who should have taken them back to the Mother Teresa Children’s Residence that same day, but she did not. The first police investigations already pointed out that the woman had fled with her children and her current partner. About five months ago the father had obtained partial custody of his children during the weekends and the mother was only allowed to see them for six hours.