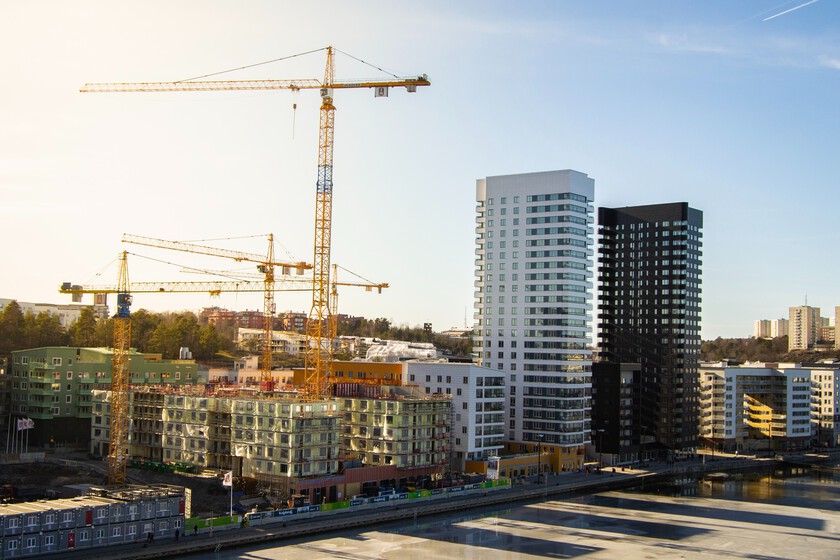 Inflation is runaway. The institutions said that it was transitory, that it was due to the end of the pandemic, the bottlenecks and the stoppage in the production of raw materials such as oil. They pointed out that it was temporary. But too much time has passed and it has been seen that they had not properly foreseen the scenario we are experiencing today. And of course, a restrictive monetary policy has become necessary: ​​raise rates, trying to depress consumption and lower inflation. It is the only thing central banks have to control the business cycle. And so they have done.

Borrowing today is more expensive than ever because interest rates are through the roof. Result? A million households drowned by their mortgages and credits. A problem far from over.

The rate hike. To understand the current situation, we must observe the position of the European Central Bank and why it has carried out the first interest rate hike in the Eurozone since 2011. No less than 25 basis points in July. And a hike of 50 basis points in September is not ruled out. The ECB has had to step on the accelerator in the face of high inflation. The all-time high of 8.1% year-on-year was reached in May and future uncertainty is still there.

unsustainable mortgages. This rise in rates has its echo in mortgages. After six years in negative, the Euribor has skyrocketed accordingly. The reference index that we use the most in Spain to calculate mortgage payments turned positive in April. Since then, it has continued to skyrocket and a week ago it reached its highest level in a decade: it exceeded 1%. It has risen 159.67% over the last year.

Who is paying for it? The families. And even more families that have a variable mortgage. It must be taken into account that a differential Euribor is applied to this type of credit, which is the fixed percentage that is added to the reference index and that represents the part of the interest that the bank obtains for lending the money. Therefore, the increase in the reference Euribor has caused a rise in mortgage payments.

Read:  The millionaire purchase that Riqui Puig could make with his salary in the MLS

Families suffocated. This rise in interest rates has become a nightmare for families and, although the process of monetary normalization has just begun, the figures put on the table by the Bank of Spain show that the situation is complicated. According to his estimate, the number of families that allocate more than 40% of their income to mortgage and credit payments has skyrocketed by 172,000 households.

But beware, because the number of families that already found themselves in this situation of financial drowning was just over 850,000 households, according to the latest data from the 2017 Family Financial Survey. Therefore, in total, the number of households that must allocate more than 40% of their income to pay loans and mortgages exceeds one million.

Fixed and variable lose out. All these data that will shake households also threaten to continue growing while monetary tightening progresses. And no one is safe here. First, variable rate mortgages, which we remember were the best option until a few years ago. At that time, these loans offered very low interest and no one expected rate increases. We have counted it in Magnet. Now, however, they are going to suffer a large monthly burden.

Second, fixed-rate mortgages. As the interests were at a minimum, fixed-rate mortgages were promoted due to the low benefit offered by the variables. That is why today we have more than 60% of new contracts with this type of credit (the client always pays the same monthly). But this year the entities have made fixed-rate mortgages more expensive. Some banks have doubled the price: from 1.5% to the current 3%.

Why? Because they want more. The sector wants to corner consumers towards variable loans to benefit from the rise in the Euribor. And families are seeing how their last refuge, which was precisely fixed-rate contracts, is going down the drain. Many will have no choice but to face the risk of switching to variable loans that will also be more expensive. In the end, everyone loses.