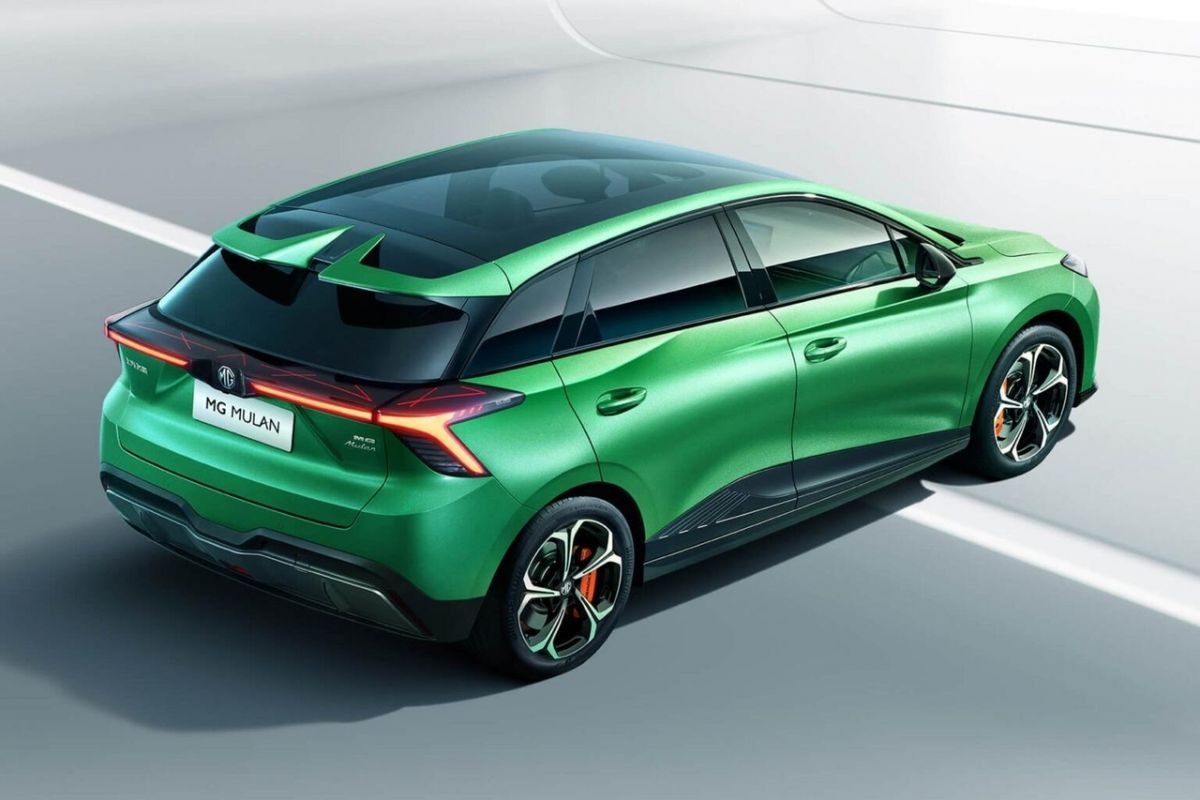 The sportsmanship reaches the new MG Mulan that will be sold in China. The British brand has recovered a mythical name full of nostalgia for a special edition that will take the new electric compact to a new level. This is the MG Mulan Triumph Edition, an option that for now will not reach the new European MG4.

The new MG Mulan has been put up for sale in China. The British brand has taken out an important competitor for the Volkswagen ID.3 that is sold in the Asian giant, adding more pressure on the German model. Those of MG are betting on sportsmanship in electric cars, recovering a mythical name in the British firm for a special edition that will put the Wolfsburg car on the ropes.

Its about MG Mulan Triumph Edition, a high-performance version equipped with two electric motors that offer really brutal performance, at the height of models in the D segment, at least. For now it is unknown if this option will reach the European continent in the future under the new MG4 Electric, nothing ruled out if we take into account that those of Volkswagen have given the green light to the ID.3 GTX, although the brand studies its launch in Europe throughout 2023.

The new MG Mulan Triumph Edition offers peak power of no less than 455 hp and a maximum torque of 600 Nm, which is transferred to the ground through an all-wheel drive system with torque vectoring, which ensures correct traction by sending an exact amount of force to each wheel, especially when exiting corners where some may lose grip. The brake system has been enhanced, with larger calipers that hide behind 18-inch alloy wheels mounted on Bridgestone tires measuring 235/45 R18.

A true beast that offers dizzying performance. For now, those responsible for the British brand have only provided the acceleration time from zero to 100 km/h starting from a standstill, requiring only 3.8 seconds. The manufacturer has chosen to mount the highest capacity battery offered in the model, with 64 kWh that provide energy for a maximum autonomy of 460 kilometers with a single charge.

The MG Mulan Triumph Edition takes the crown of the top of the range of the Asian model, adding top-level equipment in which not a single detail will be missing. The front seats are upholstered in leather and Alcantara, like the steering wheel rim, also adding a 7-inch digital instrument panel and a touch screen for the 10.25-inch multimedia systemin addition to special details in the decoration that reinforce the high performance it offers.