The metaverse of Formula 1 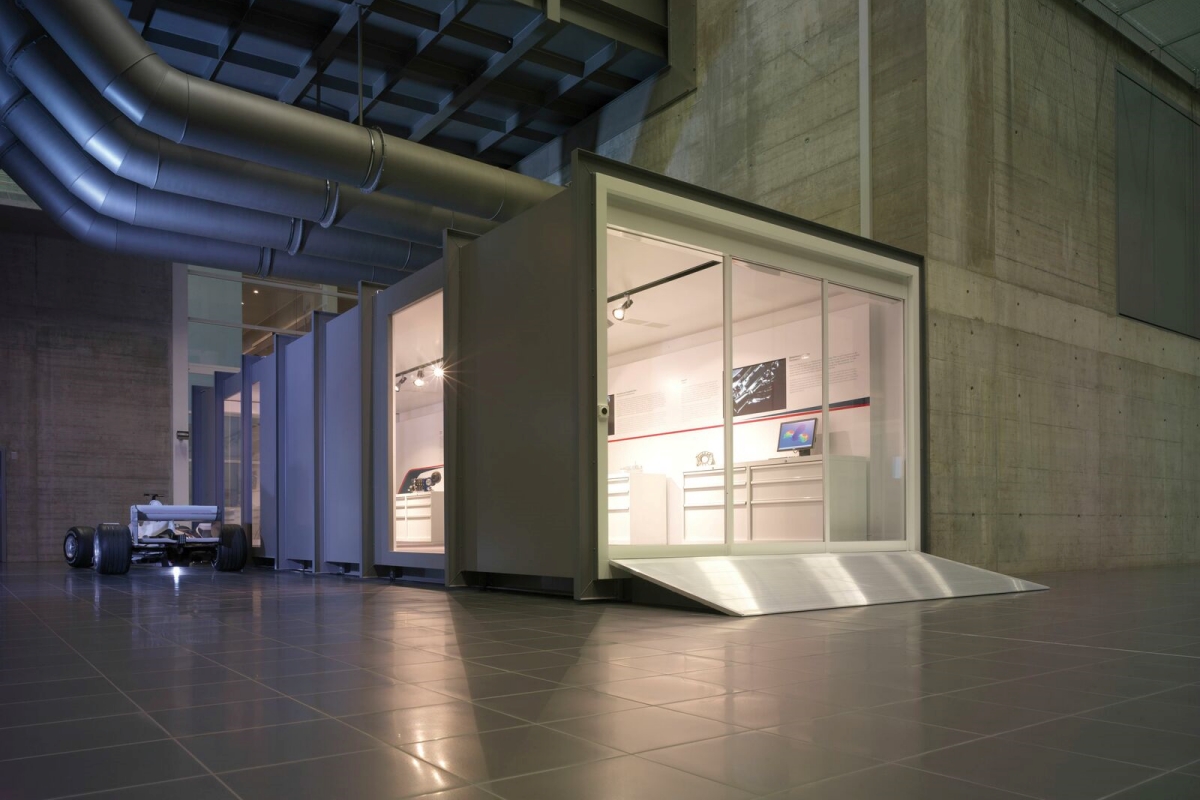 The military usually measure every step they take to the millimeter, and for this reason they say that there is no plan that supports contact with the enemy. In Formula 1 the role of the bad guy falls to the asphalt, and it happens that countless perfect plans end up crashing irremediably to the ground.

Nyck de Vries had his debut in Formula 1 and although it was a great debut, it was not the one he dreamed of. His dream was had by guys like Kevin Magnussen, who achieved his only podium on the day of his landing; logically in Denmark they went crazy. Or Lewis Hamilton, who started with another third place the day he competed for the first time in the category, arriving and kissing the saint.

The Dutchman really enjoyed the Monza test but at the end he ran into something unexpected: he couldn’t get out of the car. The fault was not his harness, which he was freed after a light touch to the mechanism. Nor was it a matter of a mechanical failure that prevented it. With a pitiful voice and snorting he had to radio for help; he couldn’t get out of his car because the beating that a Formula 1 race entails had physically crushed him.

At the end of his ride he was ready with papers. A mechanic from the team arrived instantly, gave him a hand, and patted his butt in greeting. But he noticed something: he was wet. But not a little wet, but completely dripping with sweat; so much so that he had to dry his hands on his fire-retardant coverall. Hendrik Johannes Nicasius deVries He had sweated like a chicken rotisserie repairman passing the ITV to one in the middle of August.

If this happens to the pilots – and the workaround is in the gym – the cars are not far behind. Engineer Nick Wirth, father of the 2010 Virgin F1, was fascinated by CFD software, the one that simulates the effect of air on cars virtually inside a computer. The guy said little less than the wind tunnel was becoming useless. What was useless was his first front wing, which had never stepped on an analysis mechanism and was blown up after the first few laps when they premiered the car in Jerez. The piece made of carbon fiber faced the atmosphere and exploded by applying some pressure to it; It wasn’t even on the straight, but between turns one and two, which is not very high speed.

The problem is that something similar could happen in the near future. And not only to the passengers, but to the cars… that are badly born. Economy regulations are leading teams to cut back on unthinkable issues, and one of them is something as sensitive as the wind tunnel. McLaren has one within its spectacular MTC, the one that they say left the town next door in the dark when they ripped it up the first time. That noisy mechanism is rarely used, and the main development core of the team created by Ron Dennis is based on the data provided by the one owned by Toyota in Cologne, Germany.

In the plans of the Woking team is to renovate these facilities, although for this to end up working it will still take some time. To alleviate this deficit and fight budget limitations, they have resorted to a compromise solution: more CFD, or more Computational Fluid Dynamics. This type of software has been used for years and the result is usually quite good, but the data they throw is still virtual, theoretical, and not always 100% reliable. Together with the computer giant Dell, they have developed a virtual wind tunnel, apparently more powerful and efficient than the known ones.

This is very good, the future is usually written in binary code, and it is evident that technological processes grow exponentially when computing is applied. A great example is the current simulators. One of the first used in the category a little over twenty years ago was just a PC tower, a keyboard and a tube screen; nothing to do with today. The problem is not how good or bad this CFD thing is; is that if they were military, they would say that ‘there is no plan that resists…’. In the first days of testing of each season the fans, and they are rightly with an understandable attitude, they are excited to watch the evolution of the cars on the track.

The metaverse, a recklessness

New shapes, new colours, new drivers, and often new rules… but the real show is not on the tarmac, but on the faces of the pit crew. Engineers know everything. They receive a rain of data from the cars, which are running a permanent and live autopsy of all that fault, lack or error in the design. The faces, the lost looks, the silences, or on the contrary, the smiles, gestures of satisfaction and pats on the back outline what is going to happen, at least during the first half of the calendar. On the morning of February 26, 2018 the McLaren bosses had to swallow a toad the size of the province of Badajoz. Fernando Alonso was the chosen one to release his McLaren-Renault MCL33 and he climbed for the first time that morning. Just one lap it took him to realize that it would be very difficult for him to win any race that year perched on that car. Those who wore the headphones would have been most happy to receive some positive, cheerful or at least hopeful comment after the three worst seasons in the history of this team.

The Asturian’s voice sounded like a silent village bell tower at four in the morning with a phrase that asks for marble: «We have managed to have again the worst engine of the grid» (we have managed to have the worst engine on the grid again). That year the two-time champion could only sneak his car into the top ten, the points zone, on two Saturdays of the twenty-one races held. His best position was fifth in the race in Australia, he finished eleventh in the drivers’ table and as a team they were sixth. That they would more or less end this they knew at McLaren from day one; Alonso already announced it on the radio. But the expectations were different despite simulators, supercomputers thinking during millions of process cycles, calculations, forecasts and even Ouija sessions with Bruce McLaren. It is the asphalt, the contact with the reality that they are going to face, the sole judge, the one who puts things in their place, and what ends up ruling the most obvious and inescapable reality. Virtuality is fine, but surrendering to it can bring undesired consequences, not in vain crash tests are done with real survival cells and chassis, no virtualities.

That Formula 1 seeks solutions to unflattering regulations in the financial plane is normal, however it can lead to getting lost along the way. This year there have been three major disappointments based on design errors: Mercedes, McLaren and Aston Martin. The three teams are not where they should be, or at least where they were expected. The three formations have hit a drop in performance compared to previous years and the most painful (for them)… they can make little or bad progress. The financial restrictions limit the development to a great extent, and if in the current F1 you are wrong in the concept, modifying its DNA during the rest of the season is extremely complicated. This is so much so that Mercedes actually fielded two different cars in its pre-season testing.

In Montmeló he took a somewhat more predictable and vaguely similar to the McLaren one, and surprised everyone in pre-season training in Bahrain with his exotic concept without pontoons. Rumors spread through the paddock that in the forecasts, this half-UFO, half-manta ray species would be able to outrun the rest of the crowd by a second’s worth. The pitlane widened his eyes in shock… but the contact of the W13 with the asphalt has shown that if the concept is the right one, it needs to give and polish a lot of wax so that it ends up working because yes, a second has an advantage, but not the Mercedes but the ones in front.

In an era of sport in which training sessions have been minimized to the point that there are those who are considering the possibility of leaving them in just three days, surrendering to a metaverse that you can hardly trust is reckless. This giving your soul to digitality is a bit like social networks: you know how to get in, but not how to get out. And a lot of people leave when they see what’s going on in them.