“The metaverse is real”, we present you 5 games in Cardano with great growth potential

By MatthewNovember 22, 2021No Comments9 Mins Read 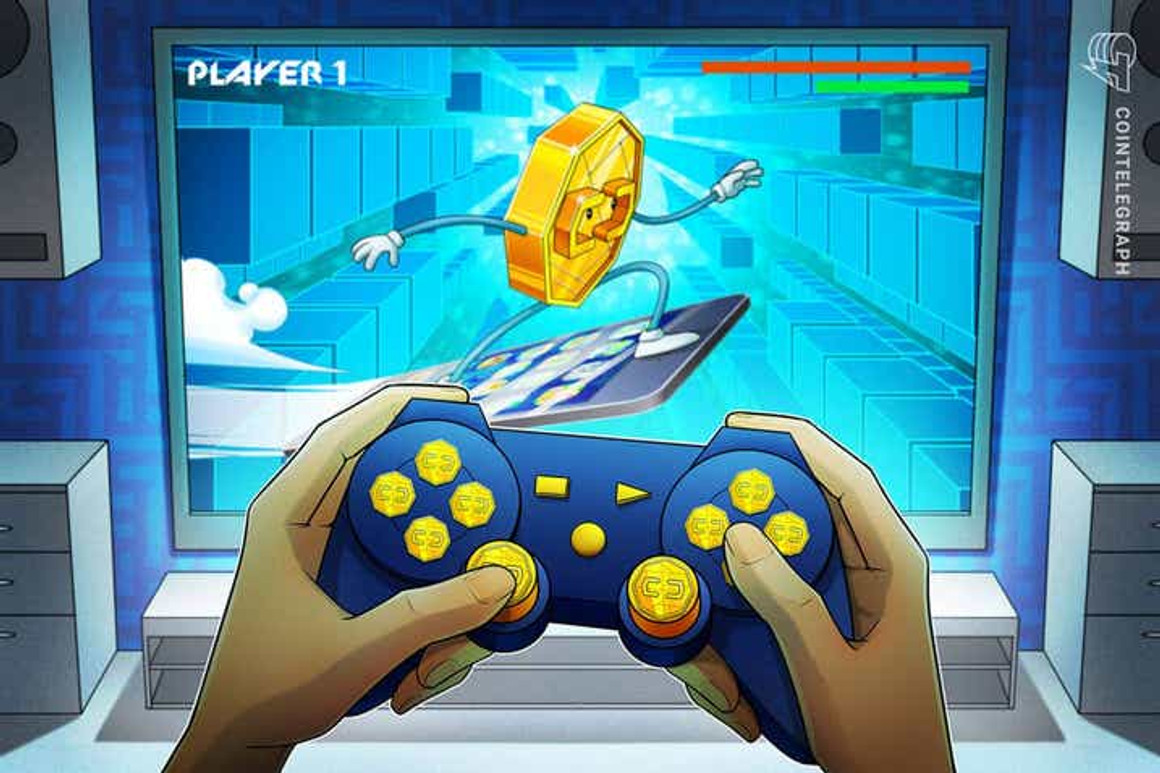 November has been a month of mixed feelings for the cryptocurrency market. Although Bitcoin (BTC), Ethereum (ETH), Solana (SOL), Polkadot (DOT) and Avalanche (AVAX) all reached new all-time highs, the week ending was marked by severe corrections.

However, a still small niche proved immune to the widespread decline that imposed a decline of approximately $ 500 billion in total market capitalization: that of metaverse-linked tokens. Among the top five assets in the category, only the leader Axie Infinity (AXS) accumulates losses: 3.3%. Sandbox (SAND), Decentraland (MANA), Enjin Coin (ENJ) and WAX posted gains of between 18% and 42% in the period, according to data from CoinMarketCap.

Enthusiasm for metaverse-related projects soared with Mark Zuckerberg’s announcement that Facebook would be renamed “Meta,” and that the company would dedicate much of its efforts to building digital environments for people to interact with. through avatars and virtual and augmented reality features. Indirectly, the cryptocurrency sector appears to have been the biggest beneficiary of the social media giant’s transformation.

Last week Charles Hoskinson, the founder of Cardano (ADA), stated in an interview on the Thinking Crypto podcast that the development of the metaverse is still in its early stages and the possibilities of experimenting with new time and space relationships in an environment virtual are still unimaginable. What seems certain to Hoskinson is that cryptocurrencies will play a key role in whatever the metaverse is:

“Metaverses are really cool! They are real, not a gimmick. Basically, cryptocurrencies are needed to establish a model of trust in this two-way transition between the physical and digital world. I think that will be a reality in the next five or so. ten years, and it will be a new product category for cryptocurrencies. “

Furthermore, blockchain technology introduced the concept of digital scarcity through NFTs (non-fungible tokens), a revolution without which the metaverse would not have garnered the public and media attention that it currently has.

For now, experiments with the metaverse are still quite limited, as the technology needed for users to actually experience this digital parallel universe has yet to become popular, but the Cardano founder believes that by 2025 Apple will have released its own glasses and other sensory expansion equipment, competing with Facebook itself and other brands, promoting a market that should be consolidated by the beginning of the following decade.

The metaverse of Cardano

The fact that the technology is not yet developed enough to provide the full experiences envisioned by Hoskinson and Zuckerberg does not preclude projects based on the Cardano network related to the metaverse being developed right now.

Games from the Play2earn model make a lot of sense for a blockchain like Cardano’s, where transactions are low-cost, as blockchain games require numerous microtransactions per minute. Compared to current industry leader Ethereum, Cardano’s fees will be laughable.

On the other hand, the Alonzo update did not arrive until September to allow the implementation of smart contracts on the Cardano blockchain. It is only natural that it will take some time for Charles Hoskinson’s network to acquire the maturity and reputation that Ethereum has built over the years. However, developers are increasingly looking for alternatives that solve or minimize the scalability bottlenecks that the leading network imposes on its users.

This is an opportunity for Cardano, and here are five games that can contribute to the development of an ecosystem focused on play2earn games on the web.

This game is divided into two modes with different objectives. The first is called Inns & Quests. In it, players manage a tavern to host the adventurers of the second game mode, Grandmaster Adventurers, in search of a place to replenish their energy. Different types of furniture have specific characteristics to help guests be successful on their adventures.

As the tavern owner, players must purchase the furniture in NFT form. Depending on the items that players can add to their establishments, the higher the income they can earn from the adventurers who pass by. The larger the clientele, the greater the establishment’s fame and the greater the rewards.

There is the possibility of farming both furniture and warriors by stacking at least 100 ADA in the DND pool, generating rewards in the form of NFTs that can be sold on the secondary market. It is also possible to buy them directly from the official Cardano market.

It should be noted that there is a long way to go before the game comes out in its full version in 2024. Before, according to the project’s roadmap, the beta version will be available in the third quarter of 2023.

It is an adventure game with RPG elements structured under what the developers call “islands”. These virtual spaces can be purchased, customized and managed by the players or be native to the game itself.

The “islands” are interconnected floating structures that players can freely explore on their adventures through the kingdom of Cardania. Each island has its own secrets, challenges and quirks, as well as different sizes and degrees of rarity.

The developers are still studying how these islands can be used to create value for players. Possibilities include growing and harvesting agricultural products, raising livestock, planting trees and other plants, building houses and shops, and collecting taxes.

With similar dynamics to Axie Infinity, players can purchase “warrior” NFTs to complete PvP or PvE missions and earn more collectibles as a reward, then use them to continue playing or sell them on the secondary market. Each warrior has different characteristics and degree of rarity, according to which its value is determined.

A few days ago, the developer team announced that they will gift the community pioneers with the distribution of islands to all those who own Warrior NFTs. The size of the islands to donate varies depending on the number and rarity of warriors that users have in their wallets.

Part of the Cardano Warriors development team is Brazilian.

Essentially, this is an NFT-based RPG. However, HashGuardians introduces a unique passive income-generating feature through its native currency, called Hashcoin, and also scarcity, as the total number of non-fungible tokens minted is limited to 10,000 units.

As a way of staking NFT, simply by having non-fungible tokens of the game, its holders will receive 100 HashCoins per month. It is enough to have the NFTs of HashGuardians to be entitled to the reward. The total is calculated based on the number of NFTs a user owns, not by active address. That is, anyone who has 3 HashGuardians in their wallet will be entitled to receive 300 HashCoins per month.

At the beginning, the HashCoins will only be useful in the game environment itself to buy objects capable of enhancing the players’ characters, making them more suitable for the proposed missions. But the developer team has plans for the HashCoin to become a market value token in the future and be traded on exchanges.

The distribution of HashCoins started this month and everyone who owns NFTs can receive them. Currently, HashGuardians NFTs can be purchased exclusively through the secondary market.

The structure of Chibidango Heroes is based on minigames in which the objective is to earn collectible NFTs that can generate real profits or be used in various activities throughout the Chibiway Galaxy for more rewards.

The game is organized into seasons, each of which releases 10,000 collectible Chibidango heroes. They are all different and have specific abilities and different degrees of rarity, which are determined by the heroes’ hairstyles.

The challenges for players include adventures in search of rare materials and magic potions, expeditions through the underground world, where they will have to face exotic monsters in search of the rare “empty stones”, which give additional strength to those who possess them, and help in the construction of the Dango Village. There is also an arena mode in which players can challenge each other individually or in groups of up to five characters.

The biggest bounty in Chibidango Heroes is Dango Gems. From the manufacture of equipment to the construction of artifacts and buildings, gems have uses everywhere. Dango Gems are the native token of the game and can be traded on decentralized exchanges (DEX).

The Chibidango Heroes market has recently opened and the game’s second season, with a new batch of 10,000 NFT, is scheduled for the first half of next year.

Cornucopias is the Cardano equivalent to what Decentraland (MANA) and The Sandbox (SAND) are for the Ethereum network. Here the users actively participate in the collective construction of the metaverse from the acquisition and personalization of particular lands divided into thematic zones.

The idea is that users can create fully customized environments and objects in the form of NFT, to monetize them. The Cornucopias metaverse combines games with the real world, seeking to attract companies and personalities to sell and promote their brands, products and services to a wide audience.

The idea is to go beyond play2earn and incorporate other models of income generation for ecosystem users, such as “learning to win”, in which players and students can participate in educational projects developed by the platform and its partners and win rewards for it, and the generation of passive income through NFT staking.

The platform is based on the Unreal 5 game engine, which is compatible with desktops, mobile devices, game consoles and Smart TVs. Cornucopias has already closed collaborations with several members of the Cardano ecosystem, but for now it is a project in development that does not yet have a launch date.

The future of Cardano and the projects featured above are interconnected, so it is important to emphasize once again that Charles Hoskinson’s network ecosystem is in the early stages of development and has not yet undergone market testing. Even so, it can be interesting to follow the evolution of these games to know what role the network can play in the future of the metaverse. For now, everything remains an unfulfilled promise with a high potential for value.

“mining is not illegal”