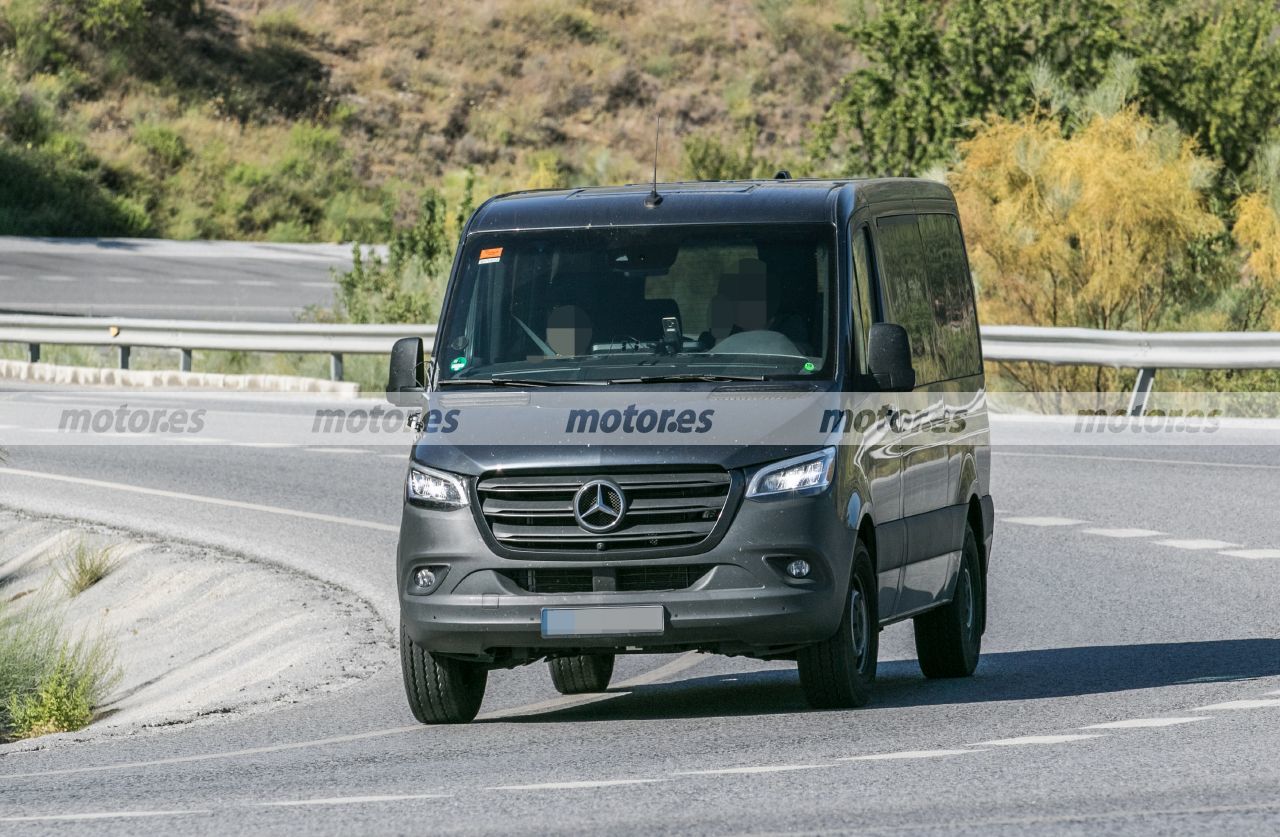 The star’s firm accumulates months testing the most industrial of the range, the Mercedes Sprinter, which, starting in autumn, will improve the offer with a new 2.0-liter diesel engine. The German brand will offer a new set, as in the Vito and V-Class, quieter and more efficient that meets the latest emissions standards.

The Mercedes sprinter It will face a major renovation starting in the autumn. The commercial division of the star accumulates months of work with a serious overhaul of a new diesel engine for this model, a 2.0-liter four-cylinder that will offer further refinement, performance and complying with the latest Euro 6d emissions standard.

An Achilles heel that Mercedes had pending to solve to avoid major problems related to emissions, and that we have discovered in these spy photos. The new diesel engine is known as OM 654, a 2.0-liter four-cylinder block found in the vast majority of passenger models, and which will replace the old engine with the same architecture but with 2.1 liters. The new engine can be associated with a gearbox six-speed manual or nine-speed automatic in rear-wheel drive versions.

New diesel engine for the Mercedes Sprinter range, since autumn

This is completely new, ditching the hitherto 7-speed automatic transmission that was available with the front-wheel drive variants. Now the tables have turned with the automatic for the rear and the front and all-wheel drive 4MATIC will have the manual. The German firm ensures that the new set will offer greater refinement, especially less noise and vibrations.

Mercedes ensures that the new engine will reduce fuel consumption in all versions and body variants, offering different power levels, to choose from. 114, 150, 170 and 190 hp, options that will be available according to the chosen bodywork. Information that we will know closer to the marketing date, indicated for the next fall with immediate commercialization.

READ:  A 100% electric rival for the Suzuki Jimny? Jeep works on a new SUV

The same strategic move that took place two years ago when the Vito and V-Class facelift was introduced, adopting this new diesel engine. An option that will also be available in the cargo and passenger Sprinters, the Tourer and the chassis and cabin that can be adapted to the needs of the client.

How to insert bookmarks and cross references in Microsoft Word