The Maserati MC20 transforms into the aggressive DMC Sovrana 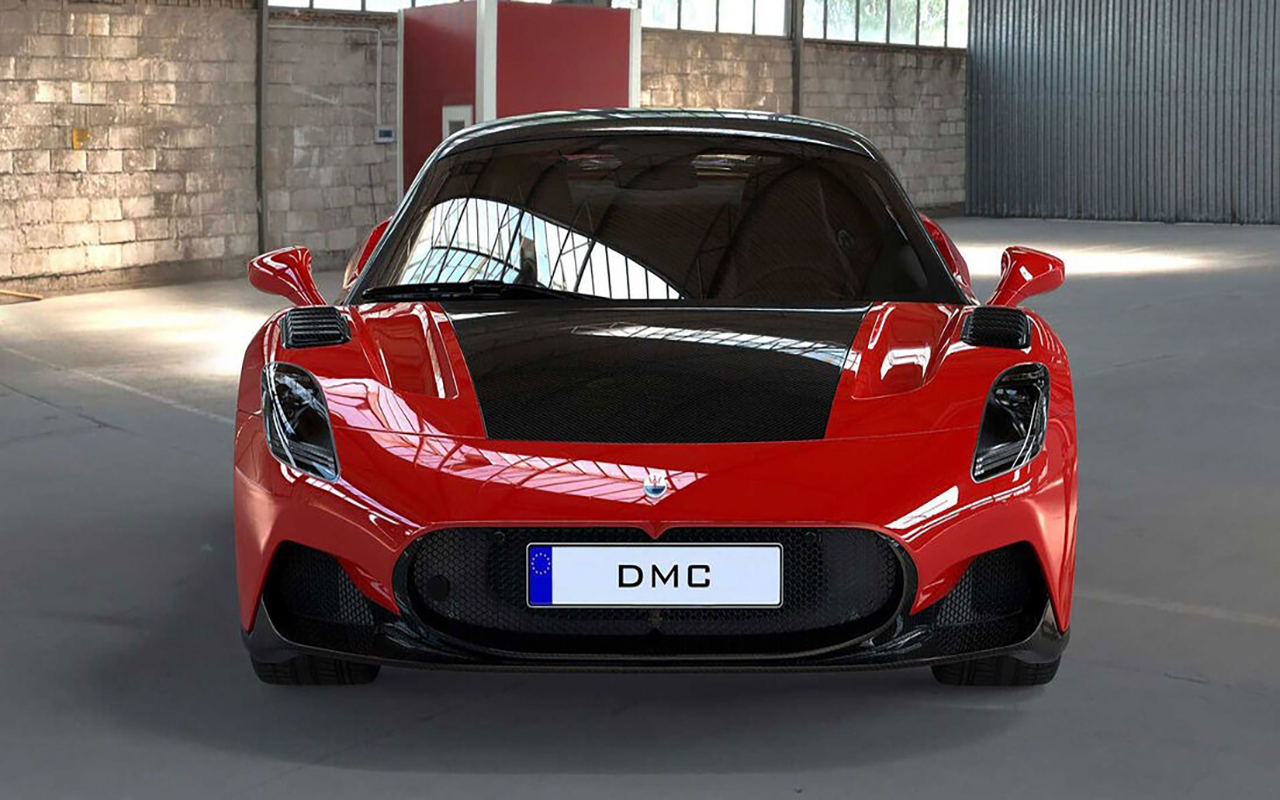 The Italian sports car has passed through the hands of the experts at DMC. The exclusive Maserati MC20 has been transformed into the DMC Sovrana, thanks to a high extra dose of carbon fiber, also receiving a special package on its engine that increases performance.

The Maserati MC20 It is one of the most exclusive sports cars on the market, a model with which the Trident brand wants to recover lost ground. For sale in Spain for almost two years, it is not the first time that it has passed through the hands of specialists in tuning, but by the workshops of the Germans based in Ratingen. The CMD are the creators of this new proposal that makes your hair stand on end, at least in the area of ​​performance.

The MC20 has changed its name. Under the umbrella of the preparer, it is known in its catalog as D.M.C. Sovrana. Although its style stands out, it has been reinforced with a package of components from exposed carbon fiber, an outfit that reinforces its sportsmanship and adds a more aggressive touch to the outfit. The lower edge of the front bumper that houses a spoiler, as well as the bonnet panel, the striking gills above the wheel arches and the side skirts show the suggestive finish of the lightweight material.

The rear diffuser under the two center exhausts is also carbon fiber, as is the thin rear spoiler blade that is supported by two black-painted aluminum struts. Those of DMC have also installed some new 20-inch forged alloy wheels front and 21 rear, mounted on 255/30 and 305/30 tires, respectively, which offer a more brutal position from the rear view.

But it is not only aesthetics, but also more performance and a more dynamic driving that the Maserati MC20 from DMC offers. Its chassis experts have lowered the center of gravity by 30 millimeters, thanks to some new shorter springs, compatible with electronic dampers that assembles the serial production model, and with which it is enough to offer a higher pace in high-performance driving.

The Maserati MC20 Cielo arrives, the modern reissue of the Modena Spider

A superb aesthetic that is complemented by an important extra in performance. the brilliant engine 3.0-litre twin-turbocharged V6 known as “Nettuno” It has undergone a revision to increase its specifications and benefits. The DMC have fitted a new sports air filter, a new sports exhaust system has been integrated and the software of the newly programmed engine control unit has been revised, so that the maximum power has gone from the 630 CV approved as standard to 713 CValso increasing torque from 730 Nm to 875 Nm.