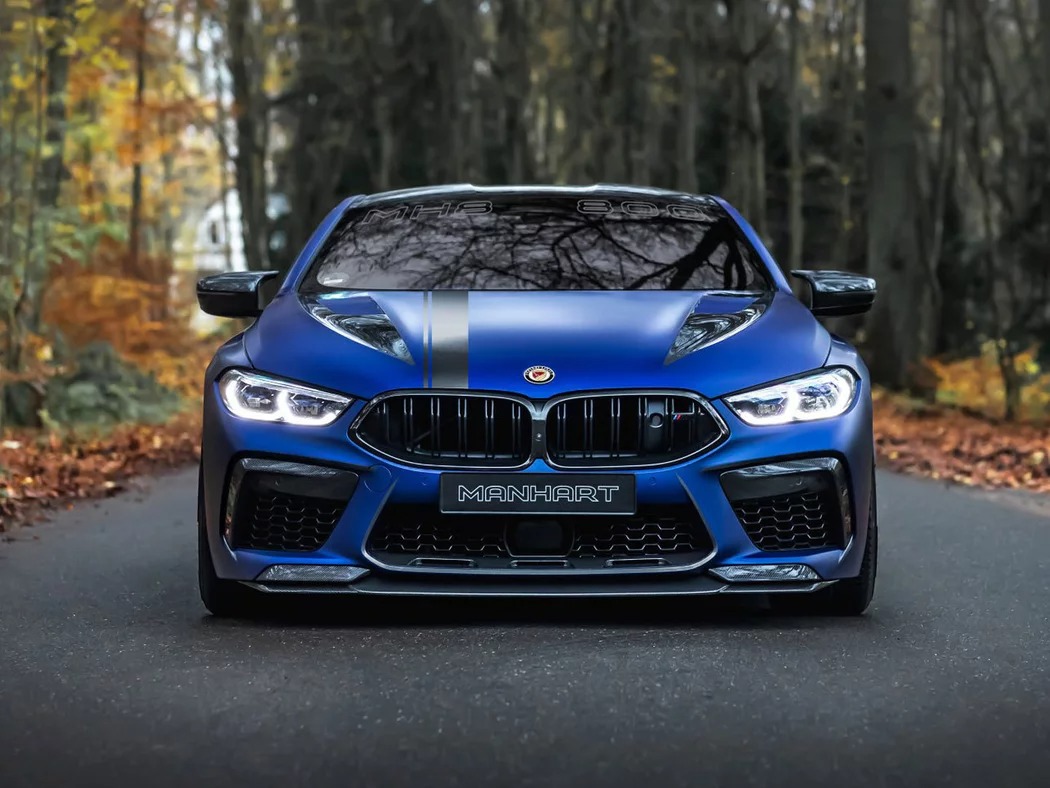 Just a few months before the most radical BMW M8 is unveiled, the Germans at MANHART Performance have unveiled a new limited edition using the M8 Competition as a starting point. The two-door coupe transforms into a true beast that doesn’t make any compromises.

The new BMW M8 CSL will be presented in a few weeks. The German firm has already advanced a preview of a more radical version of the two-door coupe model, developed especially for the 50th anniversary of BMW M, so it will be one of the surprises that the sports brand will launch from next March. A real object of desire that will only be available to the wealthiest.

For these customers who will not be able to wait, the Germans of MANHART Performance have presented a new limited edition of the BMW M8 Competition which they have called MANHART MH8 800, and of which only a dozen units will be offered with really special and unique details. And, unlike the usual tuning exercises, which are presented with the body painted in glossy black and with a gold stripe, this MH8 800 stands out much more for the body wrapped in the color «Frozen Blue», one of the most exquisite Bavarian colors, with a matte finish ..

The decorative stripes are present but in black, creating an attractive contrast. As much as the carbon fiber in sight. The lightweight material is part of a specific package that reinforces aggressiveness and adds significant downforce, thanks to the new spoiler on the edge of the front bumper, the side skirts and rear diffuser. Three elements with which it is already distinguished and makes it clear that it is not just another M8 Competition, as well as an extended longitudinal piece on the left side of the hood paper.

Read:  Is your car from 2008 or later? If you have this fault you will not pass the ITV

Because, inside, the distinctions are insignificant. Nothing beyond sport steering wheel rim lined in Alcantara or the spokes are made of carbon with two finishes, natural and tinted in the same blue tone as the exterior. The shift paddles, integrated into the steering column itself, are also made of lightweight material, such as the transmission tunnel. Some improvements that could go through an optional carbon package more if it were not for the fact that MANHART’s hand has been noticed in the mechanical section.

The lucky 10 customers who get one of these units will have practically no rival in the same category. The Germans have achieved that the 4.4-liter biturbo V8, which already yields a maximum power of 625 hp in the series model, boost performance to a whopping 823 hp. Specifically, they have managed to get 198 more CV only with new software implemented in the engine control unit, a more modern turbo and intercooler, revised intake and exhaust manifolds and a stainless steel exhaust system, which has four exhaust pipes. 100 mm diameter each. Really brutal.