Bullfrag
Home News the madness for the opposition in China 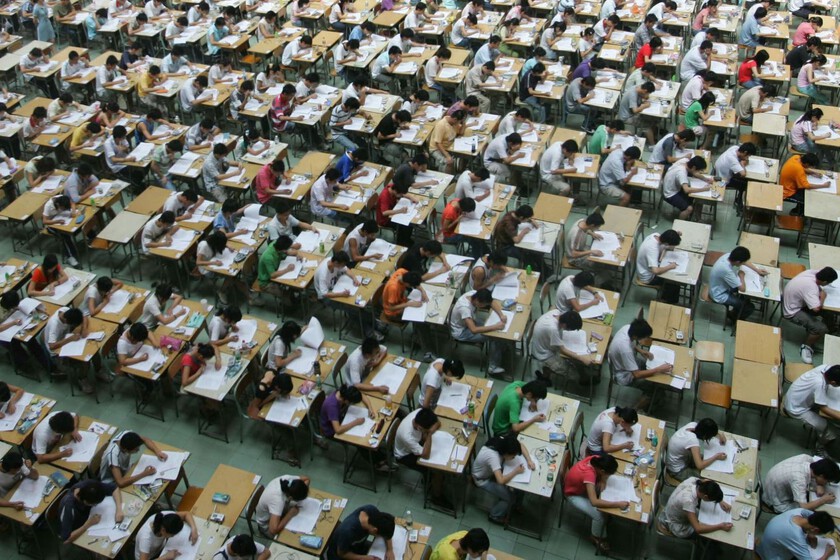 In China, the civil servants are nicknamed “iron bowls”, an expression that comes to mean that they have food assured for a lifetime, compared to “porcelain bowls” (the rest of the workers), whose means of Keep can “break” at any time. Now, after a pandemic and rising unemployment, it is clearer than ever. And of course, they all want to be “iron bowls.”

Only with knowing the figures of how many people have appeared in the state competitions this year we can already get an idea of ​​the panorama. More than 1.4 million took the test in one city.

Go for the state test. China has a long history of selecting officials by testing, a method perfected under the famous imperial examination system. Currently, the civil service exam, called guokao or National Exam in Chinese, is still the predominant way of appointing junior government workers.

In a sign of the increasing difficulty of finding work – youth unemployment has been in the double digits since before the pandemic – a record number of people are competing for government jobs. More than 2.1 million applicants registered for this year’s exam, which took place two days ago. He was finally presented with 1.4 million, which means there were 46 people competing for every available government position. A record in the Asian country.

A trend. The government is hiring for 31,200 positions, about two-thirds of them reserved for recent graduates in an indication of the government’s desire to “promote the employment of college graduates.” The exam, established in the 1990s, has surpassed one million registrations each year since 2009.

In 2020, around 1.58 million people signed up for the guokao, while the figure was 1.44 million for 2019, which shows the growing interest in public administration jobs.

The lottery of working in a Himalayan postal service. Among the positions offered at 75 central agencies and 23 subsidiary institutions, the fiercest competition is for a post office job in Ngari prefecture, Tibet Autonomous Region. Almost 20,000 applicants applied for the position. The job does not include degree or experience requirements, a rarity among publications.

Read:  They reproduce the Kelvin theory 150 years later and detect that it is wrong

During the test, candidates spent two hours in the morning answering questions related to math, logic, analysis, comprehension and common knowledge, and another three hours in the afternoon writing essays. “I have taken the entrance exam for two years in a row and I see that it is getting more and more difficult,” commented one applicant in this China Daily report.

Fleeing unemployment. One year after the coronavirus pandemic, young people in China are still struggling to find work. Intermittent outbreaks of Covid have disrupted everyday life and business. Suffice it to say that the unemployment rate for people aged 16-24 was 13.1% in February (the same as in 2020 in the midst of the pandemic), well above the national urban unemployment rate of 5.5%, according to the National Statistics Office.

In addition to applying for civil service, further study has also become a popular way for Chinese graduates to delay finding a job in the face of increasing competition in the job market. In addition, it is a way of escaping from the famous 966 day typical of private companies in the country, where long hours are worked and strict deadlines must be met, ending in extreme exhaustion. We have told about it on Magnet on several occasions.

The high number of opponents means, in the end, a continuous challenge of underemployment and pressure in the labor market. Based on a contraction in government and third-party labor measures, companies do not appear eager to fill vacancies as the momentum of the economic recovery slows.

What’s going on with the Golden Globes and the possible boycott?