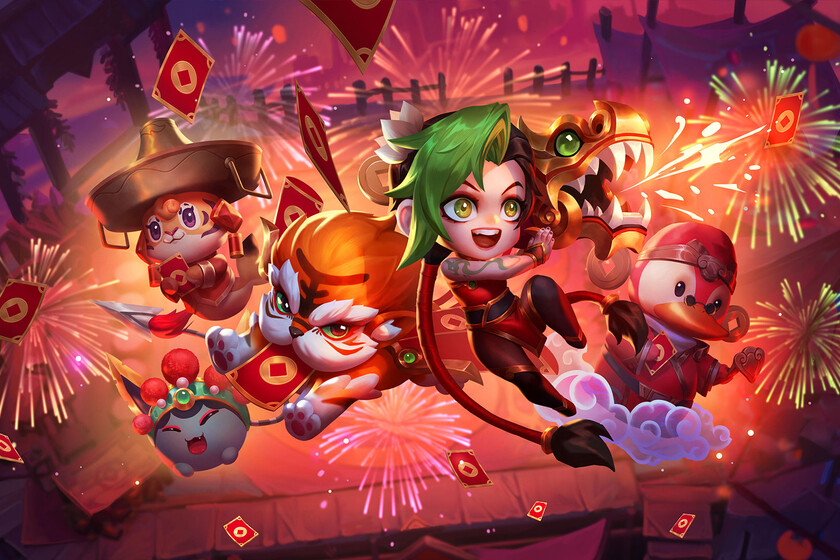 This year TeamFight Tactics, also known as TFT, will celebrate its third anniversary and Riot Games wants to make this event very special. That is why this moment will be preceded by a good amount of news that will begin to arrive from tomorrow on the occasion of the Lunar Legend Festival.

The update in question will launch on January 20 along with version 12.2, which in turn will allow players participate in the Gifts of the Golden Lantern event, a great way to welcome the new Lunar Year. This will cause numerous characters to appear in the League of Legends launcher itself, with whom it will be necessary to interact.

All of them will request that we give them gifts, so to get them, they will touch accomplish a series of missions. The good news is that the effort will be worth it, because for each strategist you make happy, you will receive numerous rewards in return, including the possibility of luck smiling at you and getting Jinx Artificer Chibi, a new Little Legend, in return.

All this will not be more than an appetizer, because soon it will also arrive the first part of the new set, with a theme related to the future that will respond to the name of Neon Nights. At the moment, the little that has been announced about it is that it will leave us with a new battle pass, more little legends, rewards, and much more that will make it one of the biggest updates in the game.

Read:  The most epic moment of Dragon Ball Z illustrated in this magnificent tattoo

All this will be accompanied by the incorporation of new champions, such as Alistar, the return of Gnar, Lucian, Sivir or Draven or also an update in more than 20 characters. But if there is something that draws attention above all, it is that silco, one of the villains of the Arcane series, will become the first TFT exclusive character.

Everything Riot Games has planned for the third anniversary will have to wait until later, along with Other interesting surprises that he keeps up his sleeve.

Liga Master Flow Clausura 2022: Pampas and River want to remain undefeated but only one will achieve it – Dates, Matches and Schedules