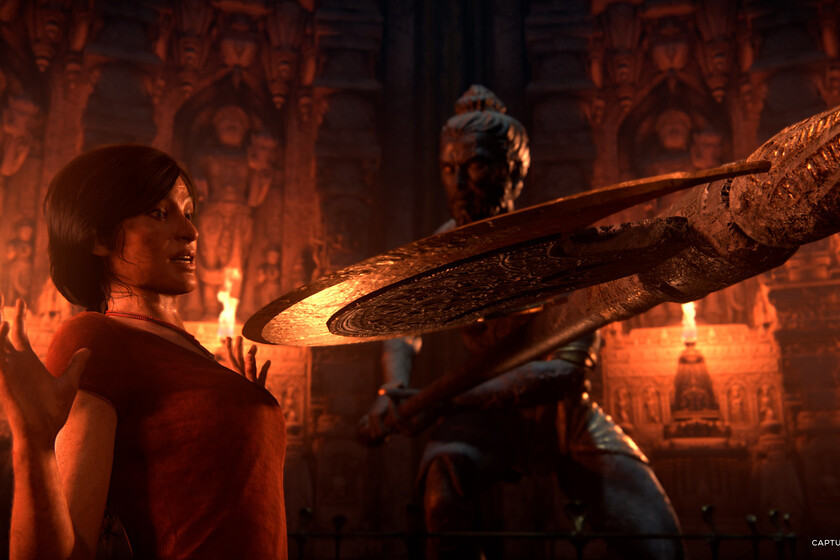 One of the biggest news that Sony left us yesterday was the release date of Uncharted: Legacy of Thieves Collection, the compilation that includes the remasters of Uncharted 4 and Uncharted: The Lost Legacy in its version for PS5. However, this has also caused bad news for everyone who owns a PS4.

The point is that, following the announcement that has occurred, these two installments of the saga have disappeared from PlayStation Store. Of course, they have been eliminated from your individual purchase, so this means that those who do not have a copy of any of these adventures can only enjoy them by acquiring the compilation in question in its version for PS4.

It is undoubtedly a tremendous task for those who only have one of the two titles, since the pack has a price of 39.99 euros, while the one that will be published on PS5 may be yours for 49.99 euros. Also, if you already have in your possession either of these two Unchartedthen you can make the leap to this update with improvements paying only 10 euros.

For this you will only need to insert the PS4 disc (or download it) in your PS5 if you have it in physical format, but the story changes completely if you are one of those who have the current Sony console in its digital edition without a reader, because in that In any case, you will not be able to take advantage of this advantage as there is no way to insert the disc into it. Similarly, this will not affect those who own Uncharted 4 through PlayStation Plus.

Read:  Get the Small Boss backpack in Halo MCC for the collaboration with Fall Guys

Among the characteristics of these new versions We know that they will have several display settings, being able to choose between 4K at 30 fps, 60 fps or 1080p at 120 fps. They will also take advantage of 3D Audio, load times will be reduced considerably and it will also make use of the strengths of the DualSense, such as its haptic feedback and adaptive triggers, to get us more fully into the action.

However, what will not be present or in Uncharted 4 and neither in Uncharted: The Lost Legacy it is multiplayer, given that it has been cut from both remasters. In any case, whether you want to do with it or take the leap with the update for 10 euros more, Uncharted: Legacy of Thieves Collection will be available in physical and digital form from January 28, 2022 for PS5 and later on PC.

Welcome to Redfall with this spectacular new trailer