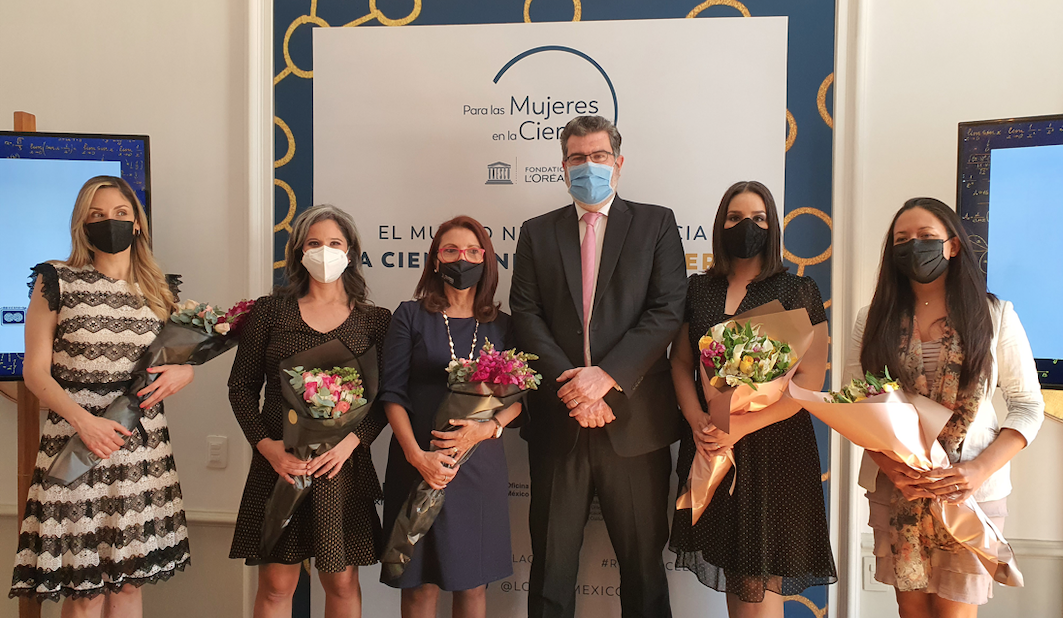 L’Oréal Mexico and the UNESCO come together again to deliver the award within the most important contest for the woman in science in the world and in Mexico.

Throughout history, numerous women have shown the important role they play in helping human beings get to where they are within the world. world scientificHowever, these have not been sufficiently recognized by the corresponding institutions. In accordance with Statista in his study where he shows the Latin American countries that have more researchers, there is a record that the countries where the most science women They are Venezuela with more than 61 percent of female researchers out of the total number of researchers, then Argentina with 54 percent and Panama with 52 percent; However, a completely different case happens in Mexico, since it has just one 33 percent of female researchers, a situation that L’Oréal, together with the United Nations Educational, Scientific and Cultural Organization (UNESCO) try to change by awarding various prizes and encouraging women to follow the path of science.

This October 13, L’Oréal Mexico, UNESCO, the Academy of Sciences (AM) and the Mexican Commission for Cooperation with UNESCO (CONALMEX), delivered at the Residence of the Ambassador of France the National Award “For Women in Science” 2021.

These awards seek to promote and recognize the participation of women in science by recognizing their talent and contribution to global progress. To date, there are 78 Mexican scientists who have managed to be recognized, 65 at the national level and 13 at the international level. This award consists of different categories, where different women of science who have managed to stand out above the others, among they:

The category of “Laureates” Is granted to investigators consolidated over 40 years, hired in some mexican institution accredited and who have not reached 68 years, in addition to each of these are awarded 150 thousand pesos of prize.

Within this edition of the category “Laureates“67 candidates from 19 states of the Republic and 32 research institutions between 31 and 67 years old were registered, of which only 2 were winners:

Read:  Apple wants to detect depression and anxiety with the Apple Watch

Maria Aracely Hernandez Ramirez that, with 63 years of age and the project of heterostructured nanocatalysts for the photogatalytic reduction of CO;

Maria del Carmen Clapp Jimenez age 65, with the project of Analysis of the therapeutic potential of vasoinhibin analogues in experimental models of cancer, diabetic retinopathy and inflammatory arthritis.

Within this, the winners are awarded four scholarships of 100,000 pesos each. and scientists who have achieved the degree of doctor in the last five years and who have not reached 40 years can participate; in addition to carrying out advanced scientific studies at universities or other recognized Mexican institutions, being researchers or with postdoctoral scholarships.

In the category of “Talents Nascent“87 projects from 18 states of the republic and 47 institutions were registered, where the age range of the participants predominated in 34 years. Within this category, there were four winning scientists:

Martha Gabriela Gómez Vasconselos with 36 years of age and his project entitled “Neotectonic evaluation of active faults and contributions to the seismic hazard in Morelia, Michoacán.”

Jenny Georgina Turcott Chaparro with 35 years and his project “Effect of nabilone on the attenuation of anorexia, nutritional status and quality of life in patients with anorexia associated with advanced lung cancer; double-blind randomized clinical trial ”.

Natalie Millán Aguiñaga 36 and with his project “Genomic and pharmacological potential of actinobacteria isolated from sediments of the Discipline Reserve: Laguna Ojo de Liebre Mexico Biosphere”.

Nelly Sélem Mojica with 39 years and his project of “Big Data in (meta) -genomics to identify patterns in microbial genomes and metagenomes”.

During this award ceremony, the President and CEO of L’Oréal Mexico, Kenneth Campbell, mentioned that:

“We set out to achieve a participation of women in science on equal terms with men. We need more women at the highest levels of scientific inquiry. A science without gender perspective is a limited science. For this reason, since the creation of the “For Women in Science” award in 2001, we have recognized and made visible more than three thousand six hundred female researchers in one hundred and eighteen countries ”.

What products does Apple sell now? This is how 2021 ends

Alexa learned Spanish in 2018, how many languages ​​does she actually speak?

Nielsen changes its image for a smarter future

Gaceta UNAM goes viral for responding to AMLO with this cover