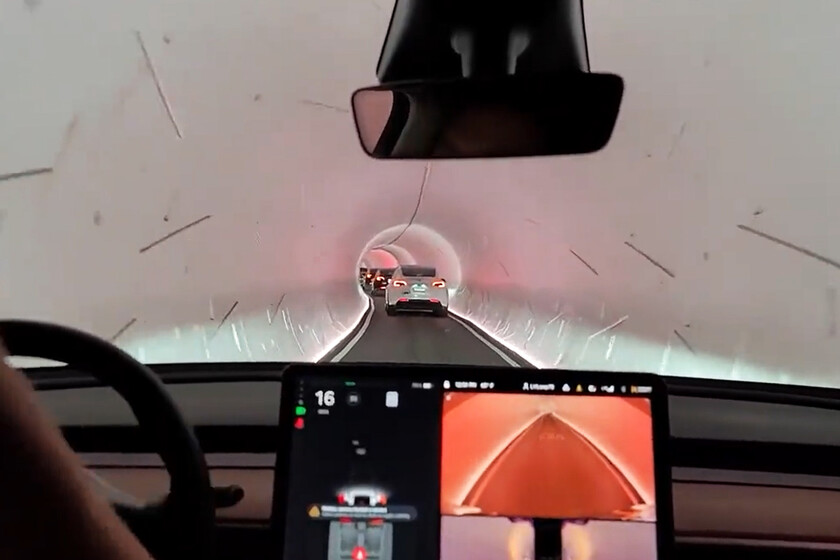 About five years ago Elon Musk got sick of traffic jams. “I’m going to build a boring tunnel boring machine and start digging,” wrote. The idea became a reality soon after. Since then, The Boring Company has grown into one of his most inextricable projects. Is it a revolutionary idea aimed at changing urban mobility or a slower and more uncomfortable metro?

The answer. Pass through Las Vegas, the only city in the world that has built one of the lines imagined by The Boring Company. It’s called the “Vegas Loop”, it opened last year and doesn’t extend beyond 3 miles. It connects several points of the Las Vegas Convention Center (LVCC) a gigantic exhibition space that houses, among other events, CES, the largest technology fair in the world. It is here that The Loop has first experienced high demand.

The result has been mixed, giving away, among other things, this:

2025: This how most will die, asphyxiating in a tesla tunnel traffic jam, which is supposed to be impossible pic.twitter.com/9DDX5PU83w

The jam. The image has caused a sensation on social networks. A handful of Teslas crowd the tunnel exit, creating exactly the kind of traffic jam that Musk once dreamed of eradicating. That revolutionary-looking idea turned out to be, as we saw, a simple, very narrow tunnel where vehicles would circulate one by one. It was not necessary to imagine how dozens of cars piloted by a human being could become congested in a bottleneck.

How’s it going. The video, of course, only represents one part of The Loop’s experience at CES. The Boring Company has mobilized around 70 vehicles to transport about 4,400 people per hour, a threshold set by the city council to give the green light to the project and not financially penalize the company. This video shows the entire route. Teslas travel at top speeds of 48 km / h on curves and 64 km / h on straights. They take 3 minutes.

Problems. Beyond the traffic jam, The Loop has other problems. The capacity required by Las Vegas, for example, can only be achieved if each vehicle carries a minimum of three people. It happens that for most of the year the average number of passengers per Tesla has been two. The times have not been very encouraging either. The Boring Company promised to complete the journey in less than two minutes. Most trips were covered between three and four minutes.

Read:  This is what the richest people in the world have earned in the last month: Elon Musk, Jeff Bezos, Amancio Ortega ... | Industry

What’s going on? That Musk’s original idea was autonomous vehicles capable of traveling at high speed. In practice and for the moment the drivers are human, which forces them to reduce speeds to minimize risks. Without speeding each way, The Boring Company can only reach 4,400 passengers / hour by putting more and more cars (70) in the tunnel. But infrastructure, as Musk discovered that afternoon in his car in 2016, has a limit.

Especially if it is a tunnel.

Plus. None of this has stopped the city of Las Vegas from becoming even more interested in the project. The little line that runs through the LVCC cost $ 50 million, pretty cheap for any underground infrastructure. The idea is to extend The Loop to the entire city, creating a kind of subway-network for cars. In October, the city council approved the extension of the project. It will go from the current 3 stations to 51 and from the current 2.7 kilometers to 46, connecting The Strip, the American football stadium and, eventually, the airport.

The Loop is still a project in its infancy. It has room for improvement. At the moment it does not seem more than an underground highway very far from the maximum capacities of other less avant-garde infrastructures (the Los Angeles subway moves 14,000 people an hour).

bitcoin continues to fall and reaches a new annual low