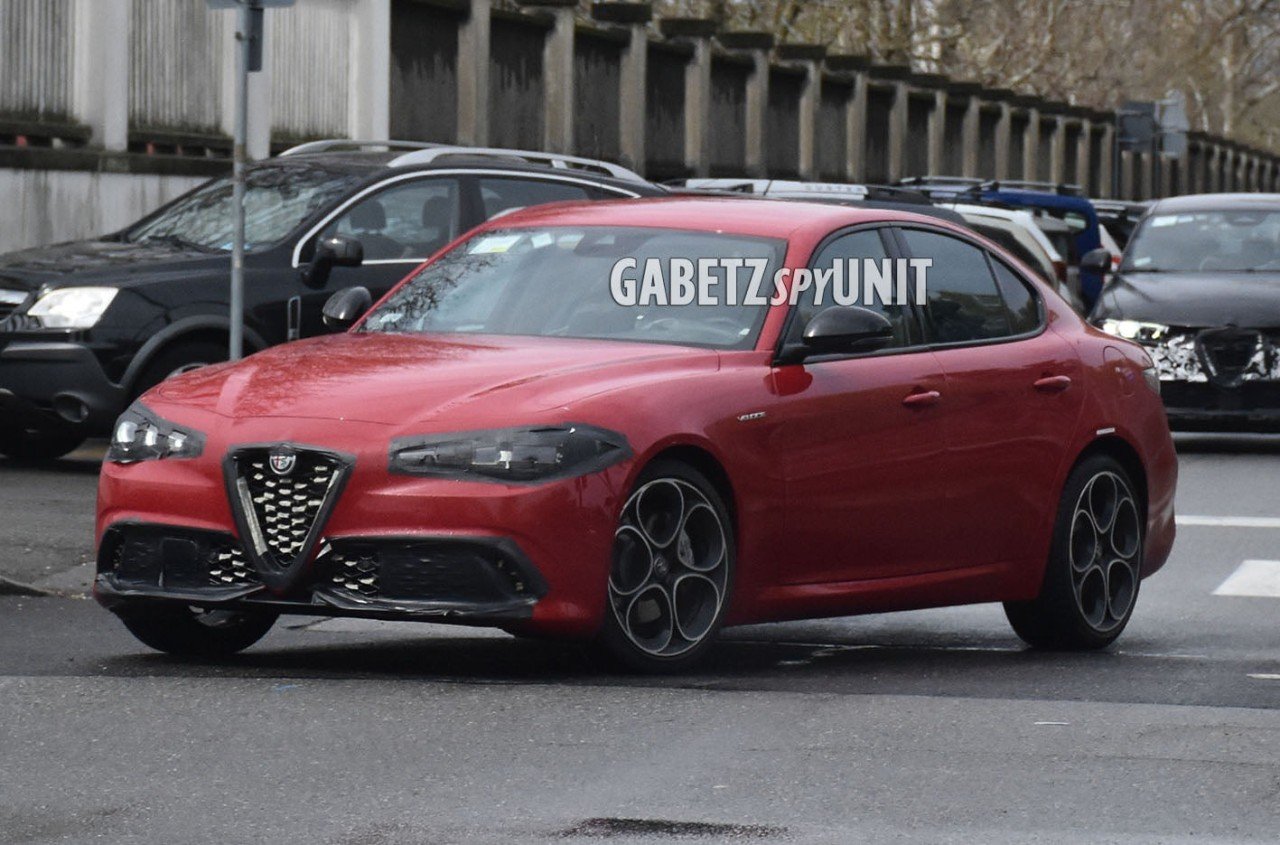 Just a few weeks after seeing the first prototypes of the Alfa Romeo Stelvio Facelift 2022, the sedan test units appear near the headquarters of the Milanese brand. The Alfa Romeo Giulia Facelift 2022 has been hunted in great detail, exposing some of the new aesthetic details.

The hand of Jean-Philippe Imparato is being noticed in the new launch strategy for new Alfa Romeo models. The Frenchman has complied with the presentation of the Tonale, and has accelerated the development and fine-tuning of two models that are key in the D segment. Just a few days ago the first prototypes of the Stelvio Facelift were caught in camouflage carrying out tests on public roads near the Italian brand’s technical center, and now it’s the sedan’s turn.

While the SUV appeared with the new “ESTREMA” finish, the Alfa Romeo Giulia Facelift 2022which has been sighted in the first spy photos From almost every angle, it has appeared in the sporty gear of the “Veloce”. The Giulia already has a camouflaged front, especially the headlights that will not only have a new lighting technology with LEDbut will have a more sophisticated option, the “Matrix LED”, with a premium.

But in these images we also see that the Trilobo, the characteristic “V”-shaped grille, has a differentiated design with hidden chrome inserts. The same finish that can also be seen in the large grille that occupies the front bumper. Spy photos also show a new taillight design. Although they maintain their original shape, and even the luminous signature, they have been made more transparent, revealing the functions and with a darker shade that provides a sportier extra.

Read:  The Xbox team is aware of the request from fans for a long-awaited feature on consoles

Some more than subtle improvements but enough to attract attention and differentiate itself from the model currently on sale. Even inside you will also experience a transformation, because you can count on the digital instrument cluster and customizable, as well as a new touch screen in the center console, with the latest generation of the “Uconnect 5” multimedia platform and a host of connectivity options and driving assistants. The Giulia will also feature a new trim structure. The “Veloce” will no longer be the last before the end “Quadrifoglio”, but the «STREMA» will be the one that occupies the space between the previous two.

With tweaks to chassis control and various dynamic systems, the Giulia Facelift’s engine range is bound to undergo a transformation, offering the 48-Volt MHEV technology on the 2.0-liter turbocharged four-cylinder engine. A technology that is not expected in the 2.2 diesel, although it will be retouched to offer greater efficiency. And what a revision of the 8-speed automatic transmission implies. doWhen will the 2022 Alfa Romeo Giulia Facelift arrive?? For now, the firm keeps it secret, but consulted sources point out that the intention is that debut in this first part of the year, to go on sale in mid-autumn.

Peugeot, DS and Maserati: keys to the synergies between WEC and Formula E