Bullfrag
Home News The lack of workers leads to the “theft” of personnel between construction... 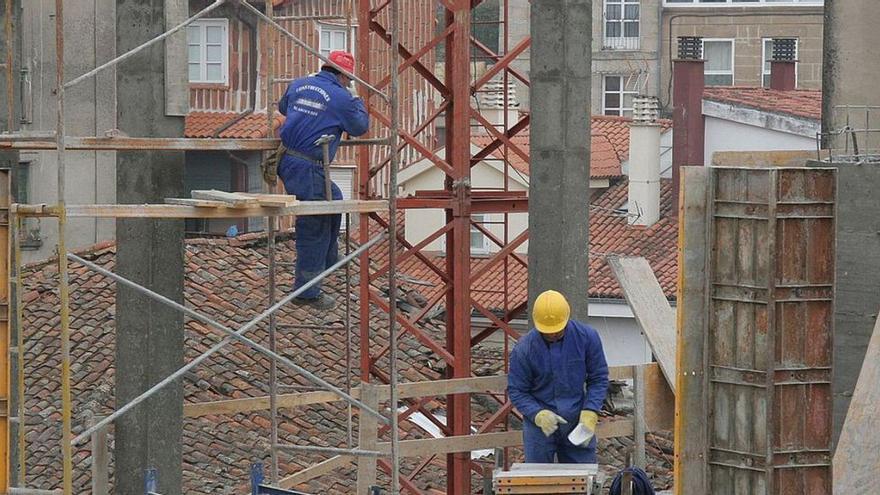 It is not a coincidence that the walls of the olive street of Rosalía de Castro appeared covered everywhere with posters announcing that a construction firm needed bricklayers and formworkers to work in the Basque Country. “Good economic conditions and indefinite contract are offered & rdquor;, reads the printed page, signed with two telephone numbers as a farewell and inviting the contact. Placed, strategically, homologous advertisements are presented as a claim for the workers who are carrying out the humanization of the Vigo highway. “They can already pay very well to go that far,” comments one casual observer. In case the flies, the company responsible for the humanization of Rosalía de Castro has launched to withdraw almost all the ads.

Mobility shoots up and causes 20% wage increases | The sector estimates the number of employees it needs at 6,000 in two years | Only 25% of professionals are under 25 years of age

Because behind this poster there is a construction firm looking for workers. And, after this strategy, a practice that is becoming common in the sector: that some companies fish for workers in others. The underlying problem is more serious than it may appear at first glance: the lack of construction professionals. A scourge that fuels the competition to recruit masons, laborers, formworkers, plumbers, electricians and almost all trades related to construction.

The problem, ultimately, is forcing many companies in the sector to reject projects because they do not have employees to carry them out. “They are choosing to say no to works. They prefer not to grow, to grow in a messy way. It was learned from the 2008 crisis that this growth model is not good, so they are less submitted to tenders. In the metropolitan area of ​​Vigo and A Coruña, it already takes more than a year to start a rehabilitation work & rdquor ;, explains Fernando García Novo, manager of the Galician Construction Labor Foundation, the situation in the sector.

Construction could need up to 6,000 professionals in the next few years, according to the estimates of the Galician Labor and Construction Foundation.

And in such a scenario of competitive voracity, construction companies have made wages and conditions incentives with which to increase their recruitment of workers. “Salaries have increased 20% so far this year & rdquor ;, say industry sources.

The same ones that warn of a possible escalation of the conditions that could well approximate a scenario similar to the exercises prior to the 2008 crisis.

“This will drive costs up, because if a professional robs me for 1,800 euros a month (gross), another will have to steal it for 2,000 euros & rdquor;

“An autonomous bricklayer, who defends himself moderately, and who wins depending on the meter of plaque placed could earn between 6,000 and 8,000 euros per month. It will end up generating an upward adjustment & rdquor ;.

Read:  The South American players will arrive without rest to the fourth day of the League

There are multiple reasons behind this professional situation. Some are structural problems, such as the fact that only 25% of construction workers in Galicia are under 35 years of age. “Lack of generational replacement & rdquor;, bill Javier Carballeda, manager of the Pontevedra Builders Association. The brick crisis, which caused a diaspora of workers to the industry or the hospitality industry, has to do with the equation. “The wheel that fed the incorporation of new professionals stopped for 8 or 9 years & rdquor ;, analyzes García. Most of the construction professionals before the real estate bubble, acquired their experience by working, they were not trained, hence the young people were the first to leave the sector, says the manager of the Galician Construction Labor Foundation.

1-Climbing in the conditions

Construction companies They try to recruit workers in other companies by offering them better remuneration.

The sector accuses the lack of young profiles due to low interest in occupational professions in favor of technology and health.

The brick crisis It led to the flight of workers to the industrial and service sectors. The companies reject works due to the lack of professionals.

All kinds of professionals are missing. In the end the statistical data are there: 80,000 workers affiliated in the sector at the end of September, recalls the spokesperson for the Galician Construction Labor Foundation. According to the Active Population Survey, that same month unemployment in the sector amounted to 3,200 people, of which 2,000 had been unemployed for less than three months, adds García, because it is a sector “with rotation and generates structural unemployment & rdquor ;, says Garcia.

The current one is “a moderate reactivation. Rehabilitation has grown a lot and to this we must add that, after the COVID crisis, European funds come where constructive activity will play an important role & rdquor ;, recalls García. The problem is serious because there is a lack of qualified manpower. Vocational training cycles do not absorb as many candidates as the market needs. The effect called to the new generations is complicated by the loss of attractiveness of traditional trades in favor of more technological or health professions, experts analyze. And the younger generations not only take into account salary, but also consider variables such as family conciliation or flexible hours. In the work, the workers have ten hours of work with contracts in which they appear eight, they complain.

Announcements in the works

Showed up Rosalía de Castro street plastered with posters to attract construction professionals. Also other areas of Vigo, such as porta do Sol (in the photo).

Behind them is the Santiago construction company Uncisa, which has several projects in the Basque Country. It offers an indefinite contract, salary according to the agreement, accommodation and allowances. Look for availability to start in January.