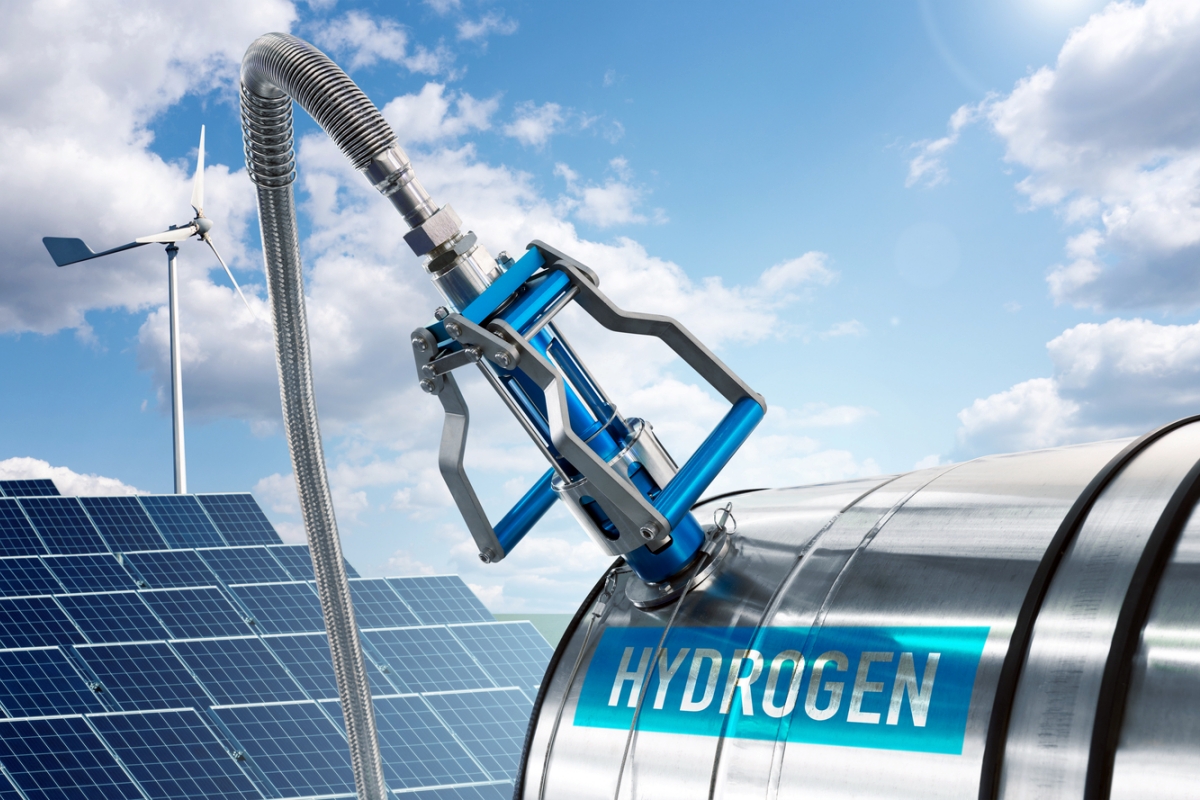 Decarbonization has become the number 1 objective of the European Union and hydrogen has a key role in it. But this energy vector still has several challenges ahead to meet expectations.

More and more news is reaching us about the green hydrogenits expansion and potential as an energy solution for the future and key to the decarbonisation of the planet.

Because, make no mistake, what is not going to happen is that the world lowers its demand for energy. Therefore, the only solution is to find a way to produce it sustainably.

So yes, hydrogen is key in all of this. At least that is what the European Union and many of the experts in the field think. Proof of this is the EU Recovery Fund, which has the energy transition as one of its main pillars to overcome the current crisis that began with the pandemic.

The process of producing green hydrogen is simple through electrolysis, but it is also expensive

Currently, Europe promotes important projects such as the construction and development of electrolysis new generation. Also the adaptation of the current natural gas network and the construction of new specific sections to create a network of 23,000 kilometers of gas pipelines in Europe. And, of course, the expansion of a currently very poor network of hydrogen generators for vehicles.

But this seeks, above all, to allow hydrogen to be efficiently produced and supplied on a large scale. However, it is not the only challenge to overcome.

We have already told you what green hydrogen is and how it differs from the rest of the types of hydrogen that are currently produced. Essentially, we are talking about clean hydrogen and respectful with the environment, for which the intervention of fossil fuels or the emission of polluting gases is not necessary.

The problem is that, today, the process of producing green hydrogen is simple through electrolysis, but it is also expensive.

Let us briefly recall: electrolysis consists of apply electricity to water through an electrolyser provided with catalysts, that is, an anode and a cathode. Electricity must come from renewable energies, usually solar and wind. This is not expensive and, in fact, it is currently the most economical energy that exists.

However, the key material of the electrolyzers is a big problem, since the catalysts are made of precious metals such as titanium and iridium. It is true that very promising results are already being obtained with cheap alternatives such as this non-metallic catalyst, but there is still a long way to go before the very expensive metals that are currently used are no longer necessary on a large scale.

The direct consequence of this cost problem is that only 0.1% of the hydrogen produced in the world is green. Which, in practice, completely annihilates the position of hydrogen as a sustainable energy alternative.

There are several challenges, therefore, that green hydrogen faces if in the future, and it has to be relatively close, it wants to succeed as a definitive energy solution.

Currently, the estimated cost of producing one kilogram of green hydrogen is 5 dollars and analysts say it needs to be brought down to $1 before it is considered viable as a large-scale energy feedstock.

How much water does it take to extract hydrogen? environmental implications

To this end, the International Renewable Energy Agency (ARENA) establishes four main objectives to be achieved:

Suppose we do everything we need to produce, market, and use green hydrogen in large quantities. What benefits would that provide us?

It is clear that green hydrogen has the potential to become the solution to many of today’s environmental and energy problems. But we have to be able to take advantage of that potential, to make it a realistic option.

Spain in the panorama of green hydrogen

The European Union has a goal ahead of it: that by 2050 12% of the energy consumed comes from green hydrogen. Not only that, he contemplates that more than half of that total could come from Spain.

And it is that our country has more than enough potential to become a competitive producer thanks to its extensive capacity to generate renewable energy thanks to the sun and the wind.

Data from the Spanish Hydrogen Association (AeH2) predict that Spain has the capacity to prevent the emission of 15.12 million tons of CO₂ per year by 2030. In addition, it would help create 227,000 jobs, generating a national market of 1.3 billion euros per year.

But what is the reality right now?

Well, much less flattering, since Spain currently produces 627,000 tons of gray hydrogen per year used in the refining sector and in the production of ammonia.

The Ministry of Ecological Transition has set itself the goal of achieving an installed capacity of electrolysers of between 300 megawatts (MW) and 600 MW by 2024reaching 4 gigawatts (GW) by 2030.

Our country has potential and is in time to get on the green hydrogen train as a key producer in the international arena. But he can’t fall asleep and he must jump now. Will he get it?

So you can get the new Commander Mancake skin for Fortnite for free, among other gifts thanks to Fall Guys

Why invest in a real estate franchise? RE/MAX explains