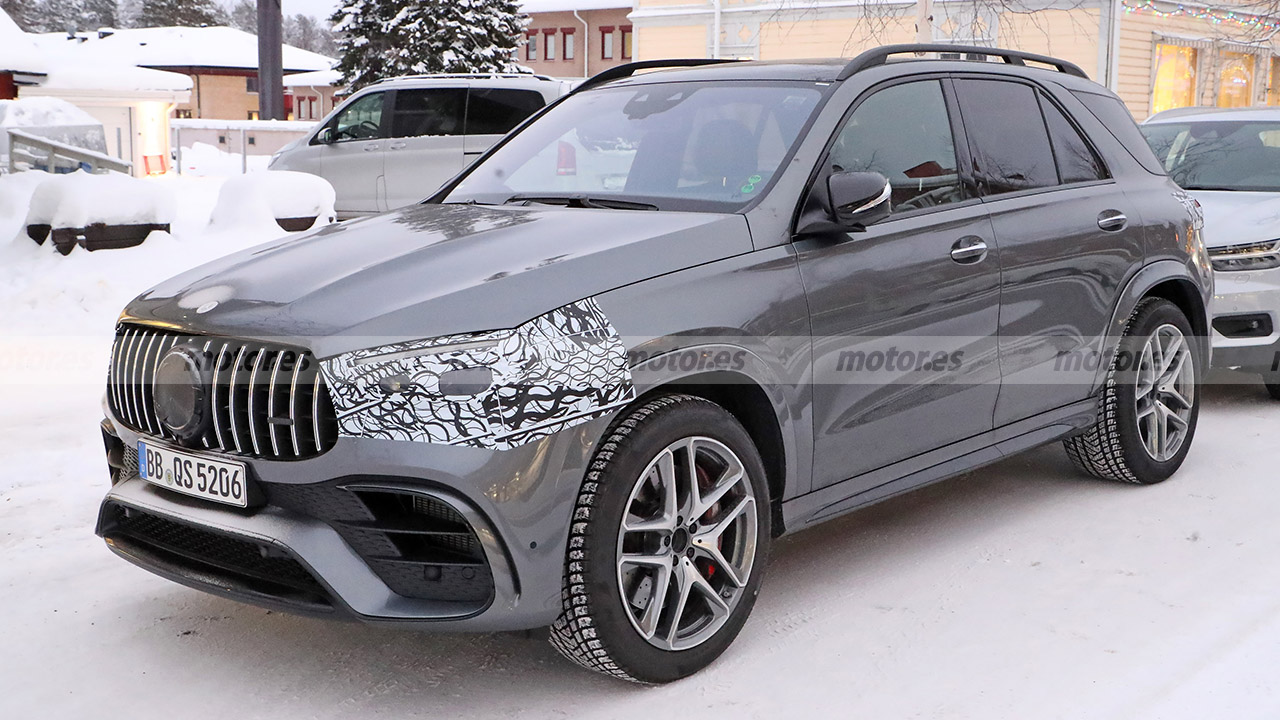 The most radical and exclusive variant of the Mercedes GLE will undergo a major overhaul. The SUV signed by Mercedes-AMG will debut a major facelift. A mid-cycle update that will allow this generation to face the rest of its commercial life that lies ahead. The new Mercedes-AMG GLE 63 2023 has been photographed in broad daylight.

The time has come for the Mercedes gle be updated. Mercedes has started up all the machinery in order to carry out the development process of a very important renovation of its popular SUV. The company is already working on a face lift. A mid-cycle upgrade that will allow the current generation to cope with the rest of its business life ahead.

The update that is in development will also, logically, affect the variants signed by Mercedes-AMG. Proof of this is this sighting that has just occurred. A sample of evidence from the new Mercedes-AMG GLE 63 He has been photographed in broad daylight wearing a bare but evident camouflage that highlights the changes that will take place.

At the moment the bulk of the development tests in the Old Continent is being carried out in the Scandinavian region. And it is that the manufacturers take advantage of the low temperatures that are registered in northern Europe to push the vehicles in which they are working to the limit. The sighting of the new Mercedes-AMG GLE 63 It is produced in an environment in which snow is the protagonist.

The photographed unit features a small amount of camouflage. However, it is found in key places where the most relevant aesthetic modifications will occur. Being a “facelift” we should not expect very radical changes. Now both headlights will be upgraded. LED technology will be decisive. It is striking that both bumpers are uncovered. Does this mean that they will remain intact? Let us remember that being an AMG model it boasts body kit.

Inside there will also be news. Since the vehicle was parked, our spy photographers had the opportunity to take a snapshot of the cabin. The technological equipment will be expanded. The MBUX infotainment system will release version. And as with the exterior, being signed by AMG, there will be distinctive elements. Steering wheel, pedals, seats, upholstery … We will have to be attentive to all this.

The electrified engine of the new Mercedes-AMG GLE 63 2023

No big changes are expected under the hood. Electrification will continue to make an appearance to maintain, as far as possible, contained fuel consumption and / or emissions. The new Mercedes-AMG GLE 63 will be powered by a 4.0-liter twin-turbo V8 gasoline engine that will exceed the 600 hp barrier and will have 48 volt light hybrid technology (MHEV).

All this will be managed through a nine-speed automatic gearbox and a system of 4×4 drive. Being a light hybrid vehicle, it will wear the ECO environmental mark from the DGT (General Directorate of Traffic) with all the mobility advantages that this entails.

The new Mercedes GLE will be presented in the middle of this year. It remains to be seen whether the AMG variants make their debut alongside the standard model or will we have to wait a few more months to meet the new Mercedes-AMG GLE. Regardless, it will land in dealerships as a 2023 model.