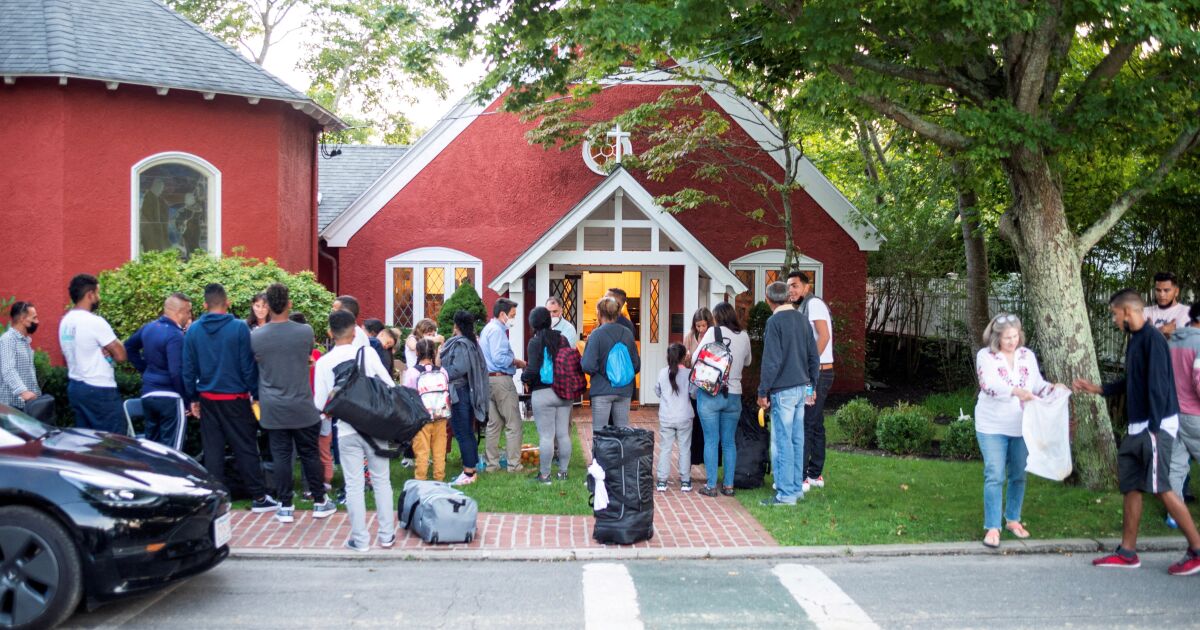 The most recent shipment was on Thursday, September 15, when two buses with migrants arrived near the residence in Washington of Vice President Kamala Harris, whom Biden entrusted to deal with the explosive immigration issue.

They were sent by the very conservative Abbott, campaigning for his re-election in Texas, at the forefront of the wave of illegal immigration from Central American countries.

“Vice President Harris claims our border is ‘secure’ and denies there is a crisis. We are sending migrants to her backyard to urge the Biden Administration to do its job and secure the border,” the Texas governor tweeted.

A lawsuit filed Tuesday against Florida Governor Ron DeSantis accuses him of tricking 50 migrants into getting on a plane last week bound for a posh island in the northeastern United States.

The class action lawsuit, filed in Massachusetts by the migrant rights group Alianza Americas and three unidentified Venezuelans representing the entire group, said the migrants had been lured from Texas shelters onto a chartered flight with false promises of jobs. of work and assistance, as well as $10 gift certificates from McDonald’s.

The lawsuit said DeSantis and several other Florida officials had also “impermissibly interfered with the Federal Government’s exclusive control over immigration to further an unlawful goal and personal political agenda.”