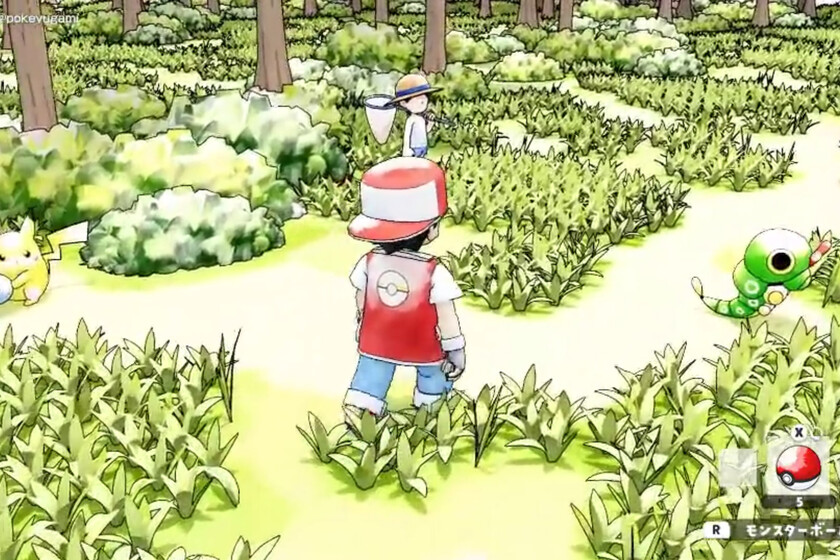 Among the most influential works that I have played in my life, the Pokémon saga will always have a special place. I am not a unique case, since the Nintendo franchise and The Pokémon Company it has devastated where it has seen the light. Its validity is tremendous with almost three decades behind it.

The original release of Pokémon Red and Blue was a revolution for the Game Boy Color, although the passage of time invited a revision. Pokémon FireRed and LeafGreen were excellent remakes for the Game Boy Advance, while Pokémon Let’s Go Evee! and Let’s Go Pikachu! on Nintendo Switch.

So legendary were the first deliveries that they have received two remakes and now we can take a look at what the third would be. And it is that the pokeyugami Twitter account has made a fabulous fan art of Red walking through the Kanto Green Forest.

And it is that as we can see, the original illustrations of Ken Sugimori come to life in this animation. Following in the footsteps of what was seen in Pokémon Legends: Arceus, here our protagonist can move freely while the Pokémon roam freely.

As always, a trainer gets in the way of the character to propose a fight. An weedle, Caterpie or a Pikachu are some of the creatures that we can find in this fantastic work.

The truth is that it is not the only one that they have created in pokeyugami. You can take a look at their Instagram where they share many other illustrations and ideas related to the Nintendo series.

Read:  Fans create a new remake of Resident Evil 3 with greater fidelity to the original