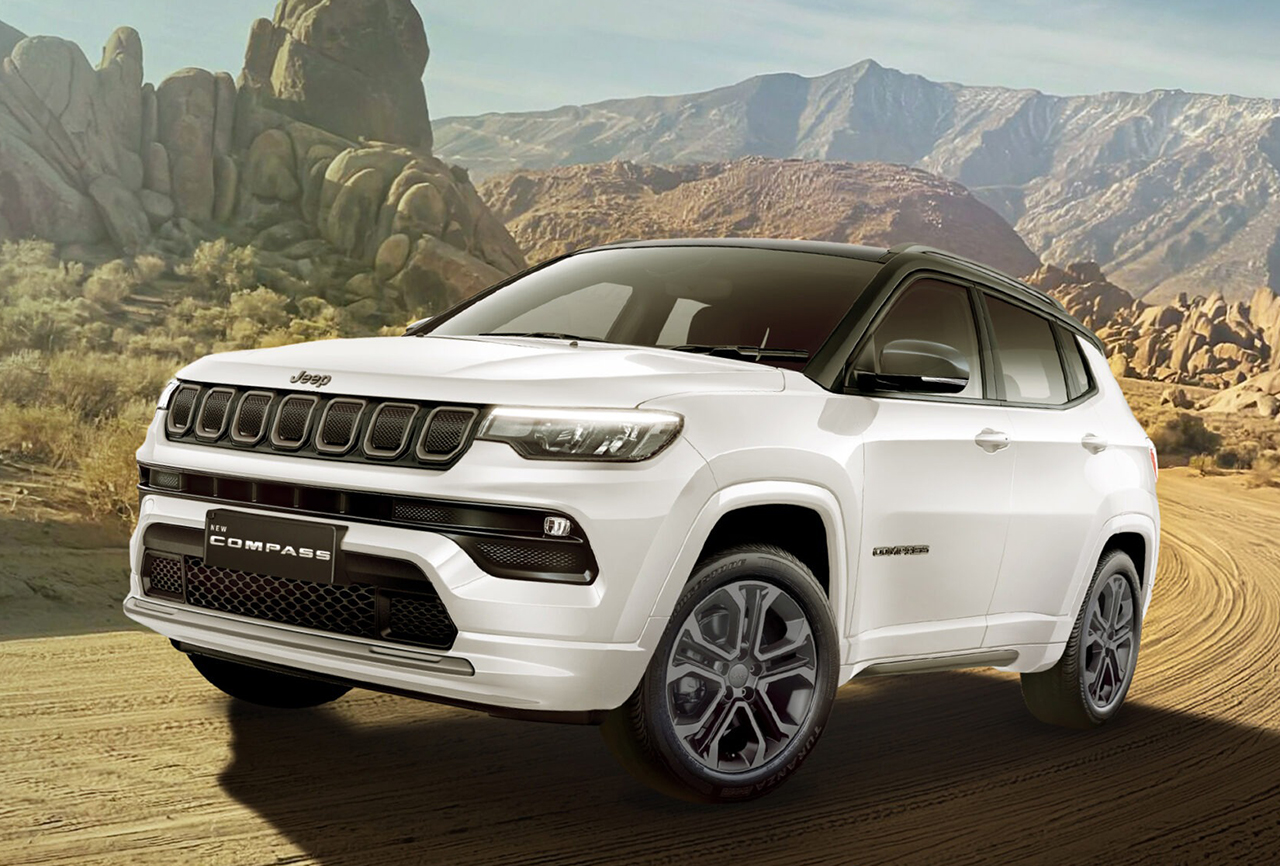 The Jeep Compass has become a global production model, present in different markets, including India. The model has been on sale for five years in this populous Asian country, becoming a bestseller. This is the reason why the firm has launched the special edition of the Jeep Compass 5th Anniversary Edition.

The jeep compass It is the compact representative of the American brand in most of the countries of the world. In Europe, it is a reference with the important qualitative leap experienced recently and to which plug-in hybrid options with the exclusive “4XE” technology have been added. But in others like India, it is more popular case since was launched in this market in 2017 accumulating significant success behind it.

In fact, the Compass is the best-selling Stellantis model in this country, and in part it is also because it is the first model of the American firm to be manufactured in this country The real key to rewarding customers with a special edition, the one of Jeep Compass 5th Anniversary Edition. The SUV is characterized by a number of special details, such as the new classic seven-slot grille that has been painted gloss black for this special occasion, and that contrasts with the different body colors.

In addition, the bumpers and wing mirror caps are finished in gray for a look that is as elegant as it is sporty. This quality is also reinforced by the 18-inch two-tone painted alloy wheels. On the back, it has the corresponding emblem. And if the exterior is special, the interior even more so with a truly unique atmosphere.

Read:  Citroën C5 Aircross Shine, the new limited edition that you can buy from home

The dashboard is completely black, as are the leather-trimmed seats and the headlining. The dashboard is decorated with “Piano Black” applications, and stands out for the large 10.1-inch touch screen that presides over the center console for the “UConnect” infotainment system. But as the special edition in question, the Compass 5th Anniversary Edition also adds certain optional equipment items to the standard list, such as the youpanoramic echo or contrast stitching on the seats.

The Jeep Compass 5th Anniversary Edition, which is already on sale, is offered with two mechanical versions, the 1.4-litre petrol with 163 hp and the 2.0-litre diesel with 173 hp of maximum power. The first associated with a 7-speed dual-clutch automatic transmission and the second with a six-speed manual, although the latter is only offered in 4×2 front-wheel drive option, that of the “Sport” and “Longitude” finishes. In the case of opting for the 4×4 all-wheel drive, the finish is the “Night Eagle” or the “Limited”, so transmission is 9-speed automatic.