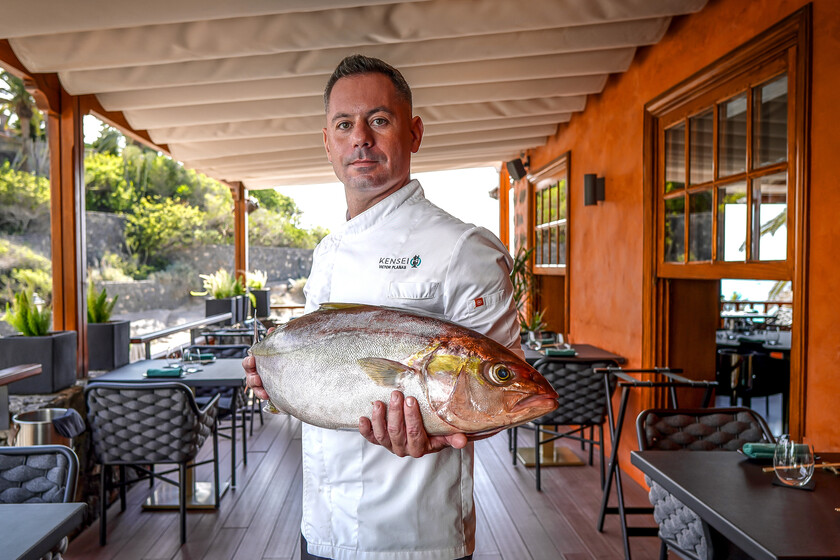 It may seem like a century has passed, but the Japanese cuisine fever in our country is not secular. Now it seems very normal to talk about sushi, of tempura, of maki, from uramaki or rituals of itamaeBut a few years ago we had no idea what that was.

The problem is that now, if we put ourselves with purism in hand, we don’t know either. There’s a boom of bastardized Japanese cuisine who has insisted on filling the world with Philadelphia cheese, fried onion like topping or adding truffle oil to each dish.

TO the Japanese table in Spain lacks truth, although there are honorable exceptions that have made purity their value of being. Other restaurants, such as Kabuki, have been able to successfully integrate both worlds – still very adapted to Western taste – and popularize a style of cuisine that gains fans with every bite.

On that journey, the chef Victor Planas, who has spent more than 15 years in Kabuki, now embarks on his own. His project is called Kensei, backed by the Tenerife restaurant group Venture Restaurants, whom it has as partners in this bright place in Costa Adeje, inside the Bahía del Duque hotel.

Sushi, nigiri and maki are the backbone of a Japanese who does not compromise on precision or international ingredients.

The principle of action and reaction is easily understood in the panoply of Japanese cuisine in our country. After numerous aberrations made in the name of the sushi and from sashimi, including bad rices, bad fish and masks in the form of sauces and dressings, A Counter-Reformation has emerged around fidelity.

The ‘problem’ is that this truth has also come dressed -almost out of obligation- with an exclusivity that makes these options are virtually impossible to reserve. It is the example of the Michelin star Kiro Sushi or the Madrid chef Kobos, where finding tables or spaces for their display is virtually impossible.

Fortunately, there is another accessible Japan that does not renounce the truth but who is also aware that there is an immense and grateful public in search of less mystical experiences. Neither better nor worse, but less mystical.

This is how chefs like Víctor Planas appear, who with 22 years of bustle in Japanese kitchens, he finally flies free in Tenerife, which he has adopted as his home and where he practices Japanese haute cuisine at Kensei transferred to the 21st century. 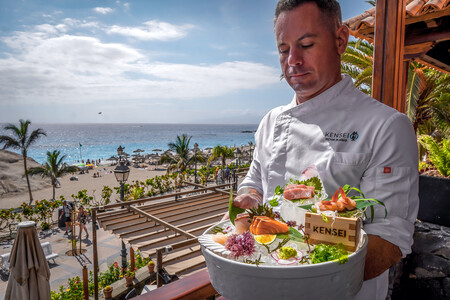 Kensei is located inside the Bahía del Duque hotel, in Costa Adeje, one of the most touristic towns in the south of the island of Tenerife.

It does so through the product, in which it seeks “use as much canary fish as possible“, where he speaks of wonders of the alfonsiño or amberjack (lemon fish), in addition to local bluefin tuna, but above all of an adaptability to the environment and the client. “We define ourselves as contemporary Japanese because our techniques are faithful to traditional cuisine, but we are not closed in terms of ingredients,” explains the chef.

This is how Japan is reflected in the kitchen, indoors, but willing to satiate an international audience where they exist. The Bahía del Duque, after an intense reform, has once again established itself as a strong gastronomic square in the south of Tenerife, and that is where Kensei comes in to compete.

“We have a very international and very diverse clientele that ask for a recognizable Japanese cuisine for them“, Victor explains. That means there is room for salmon, for bluefin tuna, for oysters, for wagyu, and also for caviar and truffles.

The empire of ‘homemade’ sauces 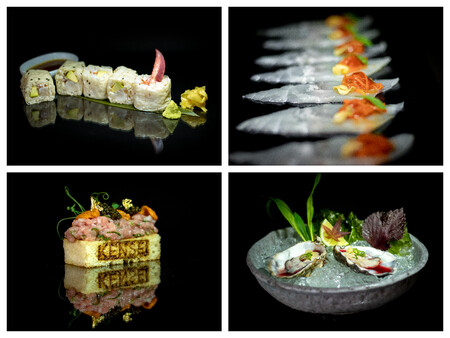 After a careful presentation, Kensei’s cuisine is endowed with technique, sensitivity and also a desire to please a massive but select public.

It is not the same to fall into an overdose of supermarket sauces, full of salt and sugar, that overshadow bad rice or bad fish, than make sauces daily (and beyond) to spice up the kitchen.

Víctor Planas is clear in this regard, where he lets Japan (a country he visits to continue training whenever he can, even on vacation) manifests itself in even the small details. “We make the fermented ones, all the sauces in our dishes too. In fact, the soy sauce we serve is also made by ourselves“, it indicates.

A statement of intent that It is not to be confused with a Japanese tourist. “It is a public with a high purchasing power, but with a lot of gastronomic culture. The fact that they are foreigners does not mean that they do not appreciate the differences within the Japanese,” he clarifies.

The stoves and instruments, set to pleasure, also attest that Planas and its partners at Venture Restaurants are not bluffing. There is robata, there is technology and there are peopleMany people, both in the kitchen and in the dining room, which sometimes is an impediment for the chef who becomes the owner when it comes to recruiting staff who are up to the task. 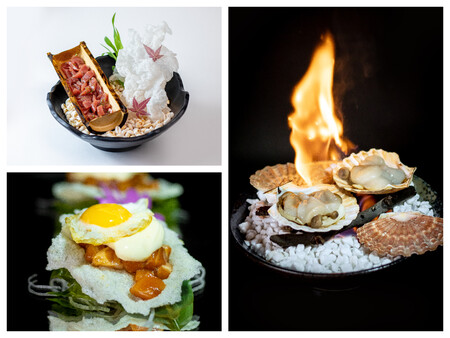 Certain nods to the modern, such as a version of eggs a la royale, share the bill with meats and also with curious dishes such as scallops with mushrooms cooked in butter. An interesting contrast.

At the moment and by what it seems, in Kensei are having luck with their selection processes, including chefs who come from other prestigious Japanese on the island and the peninsula, or dining room professionals with international background.

From sushi to omakase 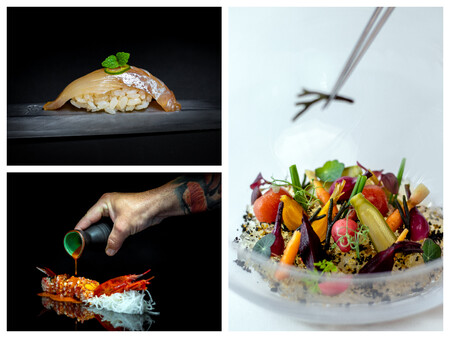 Oriental techniques such as sushi, including local produce, are well supported by some ‘oddities’ such as tsukemono, a plate of pickled vegetables.

That mix between living room and kitchen is another of Kensei’s pillars. Aware that Tenerife is a holiday destination and that the importance of customer service makes the difference, investment in public-facing employees is very high.

Correct, attentive and well trained, more and more restaurants are realizing that a good meal rises if the staff serving guests is up to expectations. 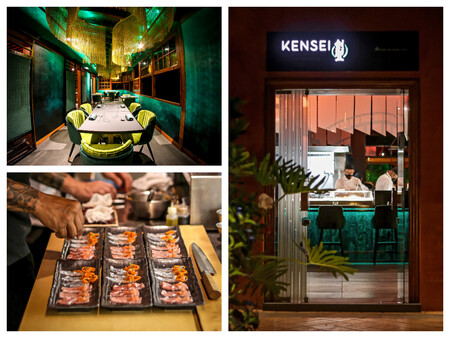 Kensei does not renounce aesthetics, neither in the kitchen nor in its facilities, which does not mean that what you eat is not in the first place in order of importance.

Víctor Planas always contributes to this racking being present in the services. “It is hard for me to delegate,” he admits, although more and more he can leave some margin for his team, which he trusts 100%.

Still, the personalistic character of Japanese cuisine requires the presence of the chef on many occasions. A) Yes occurs under the concept omakase, where the diner is allowed to be entertained by the cook in a ‘feed me’ which in Kensei has the overtones of a tasting menu to try the best sellers on the menu.

To this is added a offer of nigiri and sushi wide but well chosen, which allows the purist his corner and also the one who is willing to indulge in a Japanese style of cuisine without corsets. All this well supported by a range of wines (including champagne and many Canarian references) and Japanese nods to sake and whiskey that allow Kensei to dream of a Michelin firmament in the short term.

We will be there.

What to ask for: The best way to get to know Kensei is to go to the tasting menu, although we should not miss trying the tsukemono, the tuna belly tartare and sea urchin or the kamameshi, a hot pot of mushrooms and rice that is worth the trouble on its own. visit.