By AlexDecember 1, 2022No Comments2 Mins Read 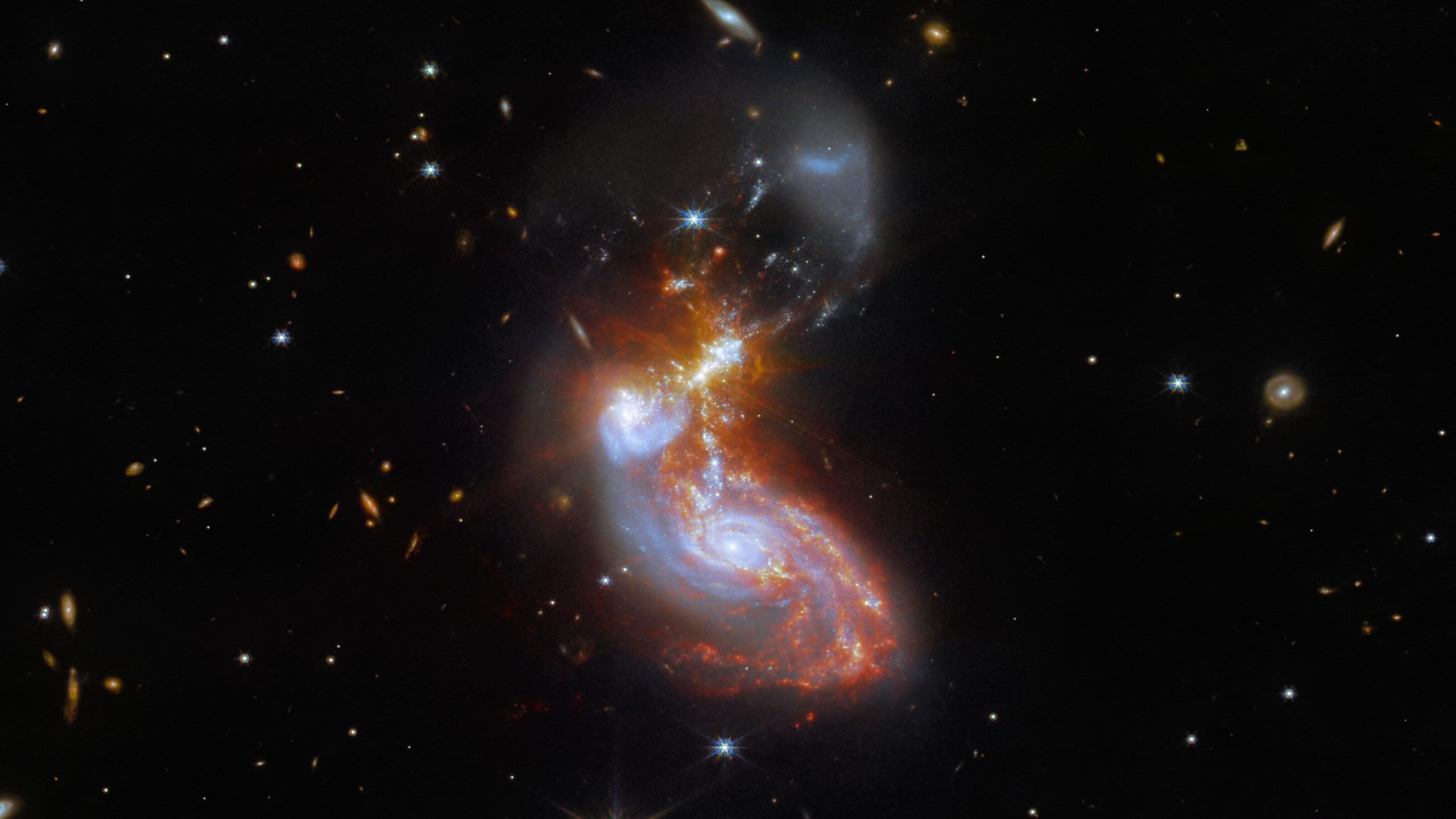 “A Galactic Gathering”. These are the words that NASA has used to describe the latest photo captured by the James Webb Space Telescope. The poetic image represents a pair of galaxies known as II ZW 96 to astronomers. It is the result of a collaboration between NASA, ESA and CSA.

500 million light-years away, II ZW 96 sits within the constellation Delphinus, very close to what we define as the celestial equator. The James Webb image doesn’t just show the galaxy crash; also features a splash of other celestial bodies in the backgroundwith all imaginable shapes and colors.

The merger of II ZW 96 shows us that this process is violent at cosmic levels. The force of gravity of both galaxies distorts their shapes, creating bridges, rings and all kinds of shapes before the merger of the galactic centers occurs. These last are made up of massive black holes that hold the galaxy togetheralong with dark matter.

In their merger, galaxies have created an amazing bridge of stars that generates a direct connection between their respective centers. The spiral arms, for their part, have been deformed due to the gravitational disturbances that occur in the merger.

By looking at merging galaxies in the infrared spectrum, the James Webb has been able to detect a particularly intense glow in the center of each one. This translates into a high level of star formation within II ZW 96, a topic that astronomers often love. Of course, this makes it a study target for the space telescope.

This observation is part of a collection of measurements by James Webb. Your goal is delve into the field of galactic evolutionespecially those so luminous at infrared levels.

On the other hand, the study of said galaxy is also a test for James Webb. II ZW 96 and has been photographed with terrestrial telescopes and Hubble. Thus, to see what details James Webb offers to astronomers a better understanding of the capacity of the telescope to observe the universe.