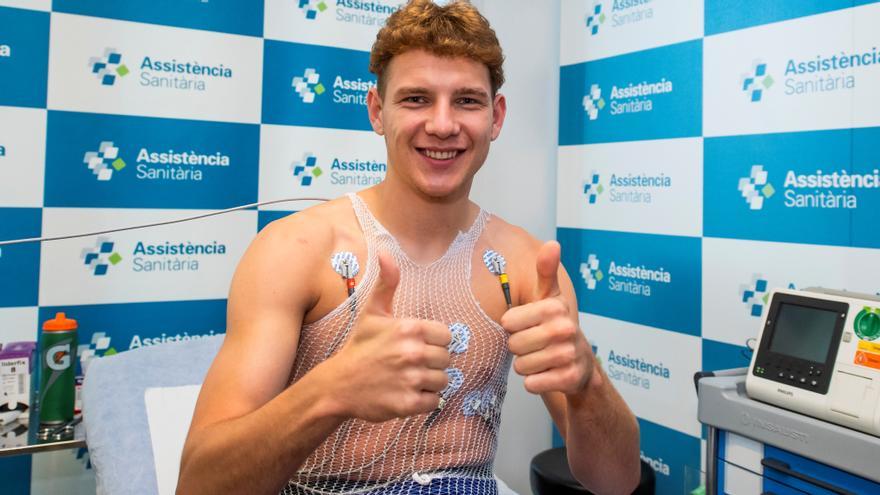 Rokas Jokubaitis, once chosen in the last NBA draft by the New York KnicksHe wants to speak with the American franchise to find out their intentions with him, although everything indicates that, at least, he will play a year at Barça.

After knowing his fate, the young point guard, who recently signed with Barça, knows that the Barça coach wants him in his team, although he admits that he is intrigued to know a little more about the NBA and does not rule out playing the Summer League with the team New Yorker.

“If I go to the United States now, later I will go directly to Barcelona from there & rdquor ;, he explained in an interview with the Lithuanian journalist, Donatas Urbonas. “I would love to test myself in the Summer League. I want to show what I can do and see how they play there & rdquor ;, said the young Lithuanian point guard.

The Knicks can wait

And it is that everything seems to indicate that the Knicks are not in a hurry to incorporate him, so he would continue his training at Barça, led by Jasikevicius. “It would be perfect if I had the opportunity to choose between Knicks or Barcelona, ​​although it would be a difficult decision,” he said. “In my opinion, the most likely scenario for me is to stay in Europe, at least one more year & rdquor ;, and with a technician who knows perfectly.

“I am also very intrigued to test my level in the ACB. It’s the best European championship and it’s going to be a challenge, but I love challenges & rdquor ;, he says the player in the interview, who acknowledges Saras’s interest in bringing him to Barcelona.

Read:  "The departure of Messi is unfortunate"

“I had some conversations with him, we discussed some things and the future in Barcelona. They needed young players to boost the team. He told me that I would have opportunities in the ACB but that he could not promise me anything in the Euroleague. With Saras you always have to prove yourself and he won’t take anything for granted & rdquor ;, Jokubaitis said ..

Food Delivery by Mastercard | Friends at home, the perfect experience