By CooperOctober 7, 2022No Comments1 Min Read 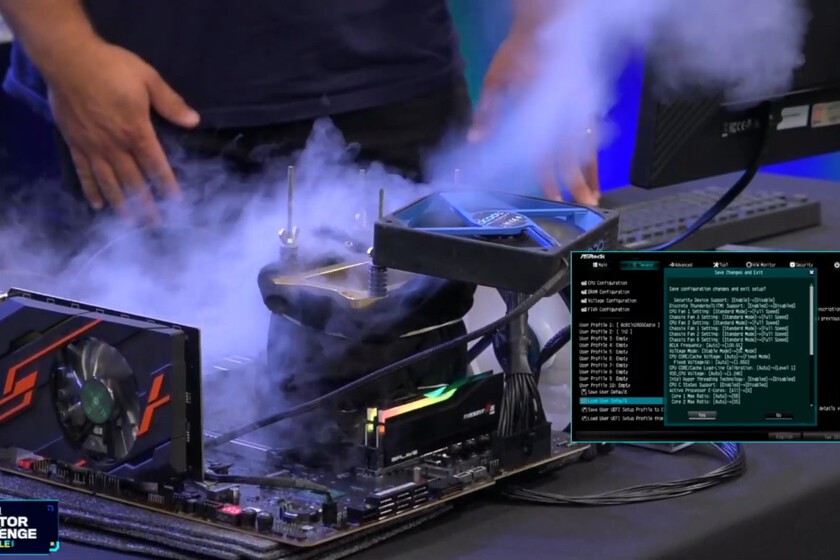 The 13th generation of intel processors They are crowned by the brand new i9-13900K, a CPU that according to the company is capable of reaching 5.8GHz in maximum frequency. However, there are those who prefer to test the limits of the component and take it one step further.

This is what Allen ‘Splave’ Golibersuch has proposed during the Intel Creator Challenge Finale. The user specialized in overclocking has managed to get the processor to reach 8.2GHz, a real outrage that took the component to high temperatures. All this with a single core, while the rest varied from 5.7 to 6.3GHz. Starting at 2:02:28 you can see the achievement.

To achieve this, he needed spray the Intel Core i9-13900K with liquid nitrogen often to relieve heat. However, it is still far from the record set by the AMD CPU, FX 8370, which managed to raise its performance to 8.7GHz.

To put it in perspective, the top of the range of the previous generation of Intel, the i9-12900K, reached 7.6GHz. Meanwhile, we are still waiting for the release of the component, which is scheduled for October 20 at a price of $589.

the core values ​​of cryptocurrencies and transparency are central to DeFi