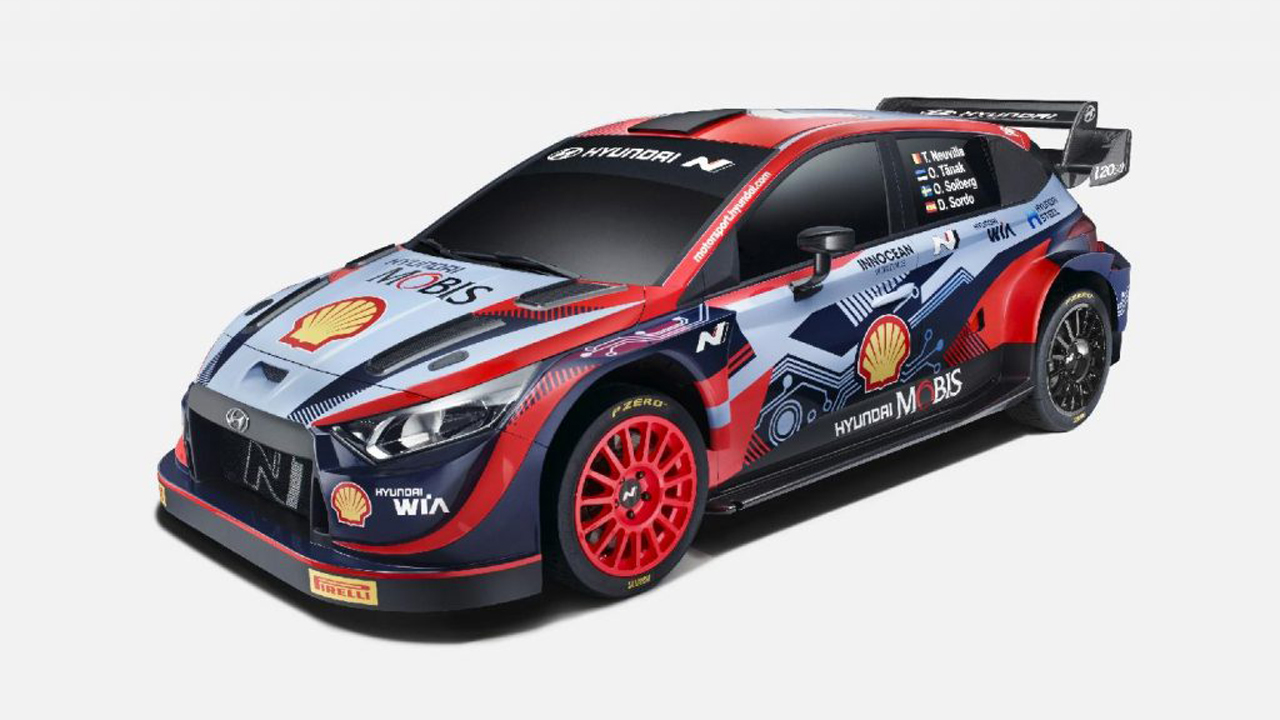 The WRC promoter had prepared a Introducing the hybrid era of the WRC to simultaneously showcase the three ‘Rally1’ vehicles which will compete in the queen class of the World Rally Championship from 2022. This event will take place next Saturday, January 15 at the innovative Hangar-7 museum in Salzburg (Austria), although one of the three protagonists of the event has already been sleepless. In the event of a possible leak, Hyundai Motorsport has shown the colors of war of its new Hyundai i20 N Rally1 before the vehicle can be seen live in Austria.

Obviously, the Hyundai i20 N Rally1 is a vehicle developed from scratch, almost in record time. But nevertheless, it cannot be said that its decoration is precisely novel, since the South Korean brand has opted for the same color scheme as in previous years when it comes to decorating the vehicle with which they will compete Thierry Neuville, Ott Tänak, Dani Sordo and Oliver Solberg. Be that as it may, under the leadership of Scott Noh, established as the new head of the Hyundai Motorsport project after the departure of Andrea Adamo despite being in theory a temporary replacement, the new i20 N Rally1 has seen the light.

Although the new-old-livery does not fully show the forms of the Hyundai i20 N Rally1, it does you can see some of the changes that presents the car with respect to its predecessor as a direct consequence of the new regulation. On the body of the Hyundai i20 N five-door, the only version that is marketed, a simpler vehicle has been shaped in terms of transmission, suspension, braking system and aerodynamics than the Hyundai i20 WRC Coupé. And precisely in this last section the lack of flaps is evidenced, as well as new wheel arches, air intakes and spoiler, as well as the absence of a rear diffuser.

Read:  Advancement of the new Hyundai KONA 2024, the news of the Korean to be a leading SUV

Scott Noh has assured: «We are delighted to be part of the new hybrid era of the WRC and to demonstrate Hyundai’s steadfast purpose in motorsports. From a corporate perspective it is important that Hyundai is associated with such a relevant technology as hybridization. The WRC’s commitment enables the brand’s sports and production activities to be brought together. We are confident that we have the equipment necessary to fight for our third constructors’ title while helping our drivers and co-drivers to search for the individual title. The 2022 season is set to take things to the next level and we at Hyundai are ready for this challenge. “