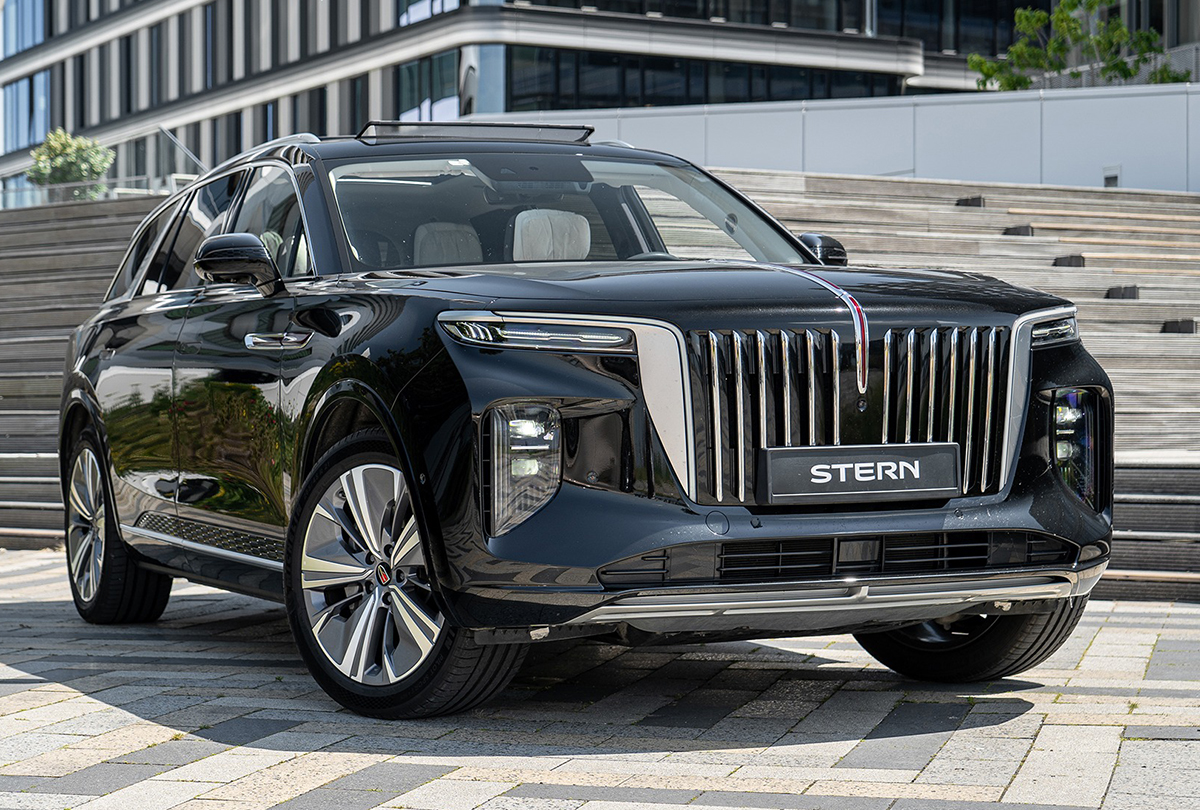 The Netherlands has become one of the havens for Chinese brands specializing in electric cars. The country of tulips does not stop receiving new zero-emission models from the Asian giant. The last to land is the Hongqi E-HS9, an SUV that aspires to the luxury category.

China invades the Netherlands with electric cars. The last one, although it will not be and many more will come, is the Hongqi E-HS9. An SUV manufactured in the Asian giant that has already been marketed in Norway since the beginning of the year, and that now arrives in the country of tulips. A model of truly imposing dimensions, which aims to counterattack the largest electric rivals on the market, such as the newcomer Mercedes EQS SUV.

Their 5.2 meters long endorse this idea, in addition to a modern design dominated by a large chrome radiator grille and thin headlights that occupy two levels, as is usual in a large part of the electric SUVs that are brewing. A frontal aspect reminiscent of the Rolls-Royce Cullinan, while at the rear it bets on a large one-piece optical group with a certain boomerang shape.

Index hide
1 The Hongqi E-HS9 is a premium-size electric SUV
1.1 KIA offers a preview of the EV9, the new 100% electric SUV that will arrive in Europe in 2023

The Hongqi E-HS9 is a premium-size electric SUV

If it surprises on the outside, the interior does not detract at all. The dashboard is full of digital screens, highlighting one that occupies the entire piece, very fine and that extends between the windshield pillars. A section for the instrument panel, another for the center console and another for the infotainment system at front passenger height, in addition to an additional fourth over the transmission tunnel. Those of Honqqi have been able to combine technology with more luxurious finishes to counteract the Premium ones.

Read:  EVA-01 from EVANGELION arrives at Erangel and Liviken in a new game mode for PUBG MOBILE

And this can also be seen in the standard equipment, where there is no lack of elements such as the pneumatic suspension that allow greater comfort to be offered to the six or seven passengers that can travel in this model and that have more luxurious equipment such as the front and rear seats with heating and air conditioning or massage function only in the front, ambient light or parking assistant with 12 sensors and four cameras, blind spot monitoring, among other elements.

The Hongqi E-HS9 will be offered in the Netherlands with two mechanical options. The least powerful has 436 hp of maximum power that is fed from a battery with a capacity of 76.5 kWh to offer a maximum autonomy of 396 kilometers. The second comes to offer 551 CV, its battery is 90 kWh and its autonomy rises to 465 kilometers, a sportier option with which it can accelerate from zero to 100 km/h in just 4.9 seconds. For now, there are no prices, but in Norway it starts from just under 65,000 Euros, half of an EQS SUV.