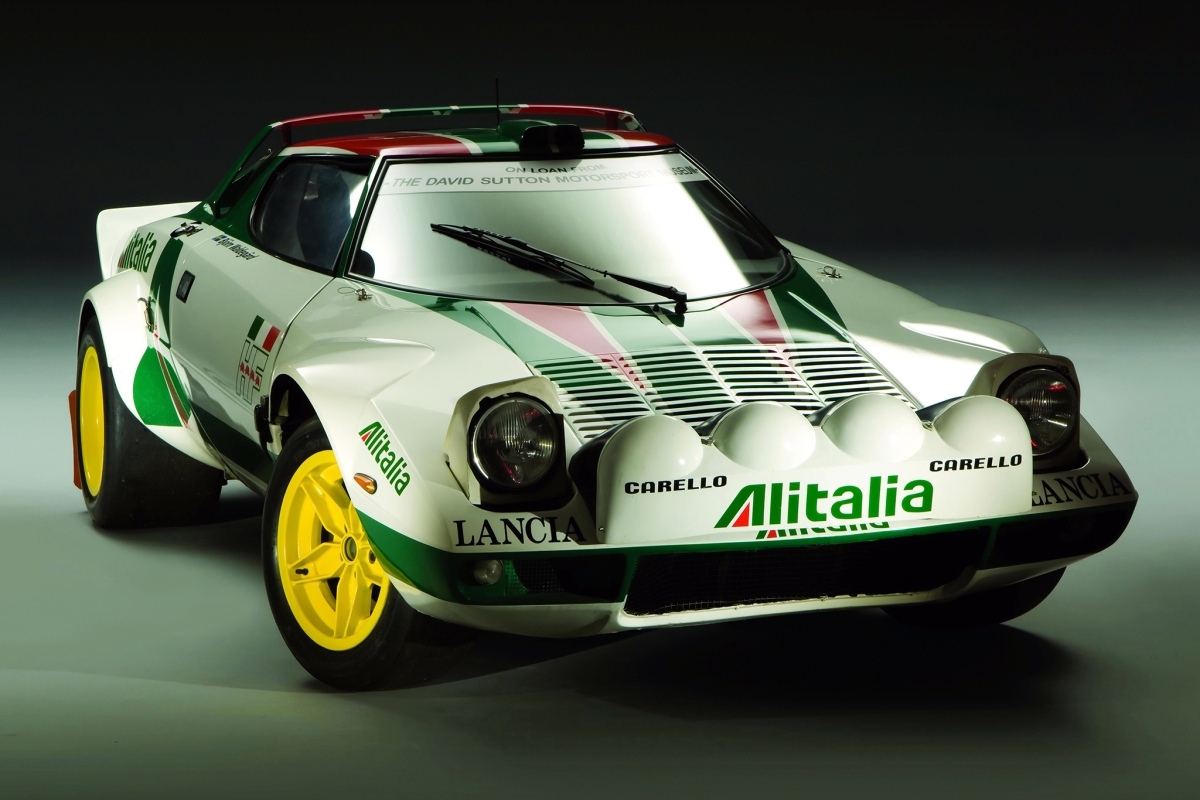 If there is a car in the world that has been designed to compete from start to finish, it is the Lancia Stratos. The fact that 492 street units were sold is just a secondary detail that is unimportant.

The truth is that the automotive world is full of myths, because over the last 120 years engineering and talent have been able to create authentic mechanical jewels that have earned heaven and eternal memory.

We are not going to say that the lancia stratos be one of the most important, because it is simply impossible to quantify the importance of so many cars born in recent decades. In fact, it is not even easy to choose the best Lancia in history, a brand that has been able to create the Delta, the 037 or the Beta.

But there is no doubt about one thing: the Lancia Stratos deserves a place of honor in the automotive Olympus. And this is his story.

The Fulvia, Bertone and Fiorio

The history of the Lancia Stratos starts in the 70’swhen the Italian brand is going through a delicate moment after the acquisition by FIAT.

The Italian business conglomerate, which has also acquired Autobianchi and Ferrari, leaves behind the inspiring but unprofitable stage of luxury cars de Lancia to prioritize practicality and cost containment.

At that time, Lancia was beginning to languish in the world of rallying with the Fulviaa winning car but little by little it was becoming obsolete.

Cesare Fioriocompetition director and sales director, knew that he needed a successor for the Fulvia, but there was nothing in the brand’s range that convinced him.

When he met the Bertone Stratosa concept car designed by Marcelo Gandini on the mechanical basis of a Fulvia, a light bulb went on in his head.

Thus, during the following months, Fiorio devoted himself to gathering information from drivers, mechanics and engineers of the World Rally Championship. What should the perfect car look like for competition?

When he had it clear, Fiorio offered Bertone a deal: he would be in charge of convincing Lancia to carry out the project if the designer managed to these requirements:

It seemed impossible, but FIAT finally agreed and gave the green light to the Lancia Stratos project, which began to be conceived with a single goal in mind: be as competitive as possible in the competition.

The only reason the Stratos was marketed was because back then the FIA ​​required any car homologated to participate in the World Championship to have a minimum of 500 units manufactured in a period of 12 months (During the process the requirement was reduced to 400 units).

With the project approved, Gandini got to work on what would be his next work of art after the eternal Lamborghini Miura that made him known in the world.

A young man Gianpaolo Dallara also joined the project, being in charge of the frame. For the engine, the choice was obvious: the 1.6-litre V4 block from the Fulvia chosen by Gandini had served for the prototype, but the Stratos needed a much more ambitious engine.

Read:  Alpine redefines its goals for F1 in 2022 (and they are surprising)

The chosen one was 6 cylinders in V at 65 degrees that assembled the Ferrari Dino 246 GT: a brilliant and powerful block of which, in addition, there were surplus units after the decision to cease production of the Dino. An exploitation strategy that made FIAT very happy.

Sweethearts of youth: the Lancia Delta

Sweethearts of youth: the Lamborghini Miura

The engine, a cast iron block of 2.4 liters and 190 hp, was placed centrally on a short wheelbase chassis to maximize weight distribution and vehicle dynamics. It had double overhead camshafts, triple Weber carburetor and aluminum cylinder head with a 5-speed manual transmission.

Besides, the bodywork it was made entirely of fiber and the front and rear hoods were removable, leaving full access to the suspensions and the engine.

Its appearance was not only that of a dizzying and agile racing car. It was in each of its few 980 kilograms of weight.

The Lancia Stratos HF (High Fidelity) It was presented in record time at the Turin Motor Show in 1972, already in its final production version. The press and fans were amazed at a sports car with sharp lines, a Ferrari engine and a contained size.

His debut in competition took place even before production began, specifically in the Tour de Corse that same year with Sandro Munari at the controls In that test and in many others in 1972, the Stratos suffered from mechanical problems typical of its youth, but the following year the concessions ended.

The Stratos’ first victory came in Spain, in the Bilbao Firestone Rally. A second place in the Targa Florio and another victory in the Tour de France would follow.

Already in 1974, the reign of the Lancia Stratos in the World Rally Championship began, achieving a total of two victories (San Remo and Rideau Lakes) and its First Constructors World Cup (The one for pilots was not established until 1977).

The following two seasons were similar, with the Stratos winning the championship again and amassing four wins in 1975 and a further four in 1976, including a double in Monte Carlo.

In 1977, FIAT decided to absorb the Lancia rally team and focus on the development of the 131, although that did not prevent the Stratos from continuing to win the World Cup until 1981. In fact, Sandro Munari became the first world rally champion with the Stratos that first year, with Markku Alen doing the same thing the following year.

In total, the Lancia Stratos was made with 18 World Cup wins of rallies, in addition to the three constructors’ titles and two drivers’ titles already mentioned.

In 1981, the generational replacement of the Stratos arrived with the new Lancia 037 for Group Balthough the Stratos continued to collect victories in various competitions in the hands of private teams, further extending its legend.

“With the Stratos we made an impressive machine, scaring the rest of the manufacturersso that some even had to withdraw before the absolute reign of our Lancia”, affirmed Cesare Fiorio when remembering those times.

Don’t miss out on the rest of the classics remembered in our section, Loves of youth.

This will cost the new Snapchat subscription plan

UFL gives first glimpses of its gameplay; Is FIFA 23 in danger?