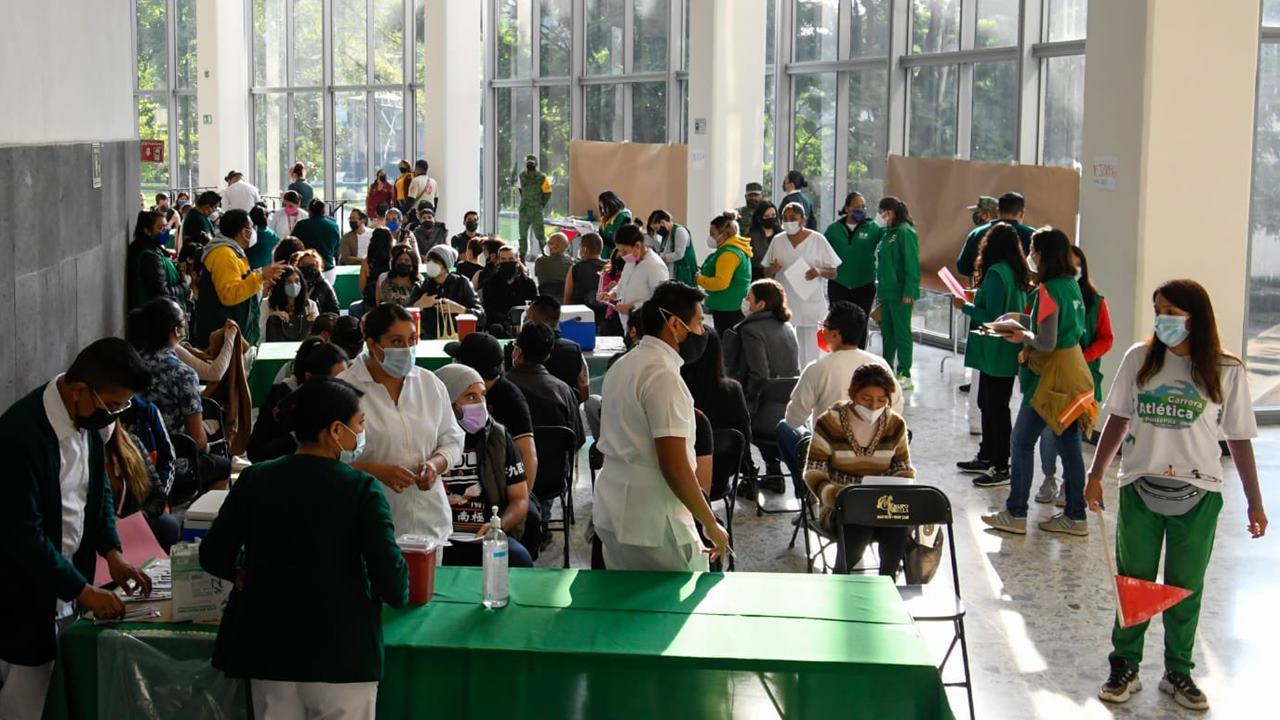 EFE.- The Government of Mexico City announced this Saturday that the high demand of young people between 18 and 29 years old has exhausted the vaccines against covid-19 that were available from Sputnik V, so additional doses began to be used from AstraZeneca that were planned for later.

“Given the demand, we asked for more vaccines and these are the vaccines that we would have next week to continue with the vaccination program for young people,” said the mayor of the capital, Claudia Sheinbaum, according to a statement.

This week began immunization with the Russian Sputnik V vaccine of young people between 18 and 29 years old in the Miguel Hidalgo, Benito Juárez, Gustavo A. Madero, Tláhuac, Tlalpan and Iztacalco municipalities, which are part of Mexico City.

Find here the most outstanding news about Mexico City

The capital government reported that in the first four municipalities the doses were already exhausted, so “the biological AstraZeneca is being applied in order to meet the demand.”

The authorities of the capital requested the federal government for these doses of AstraZeneca, which were to be used in other municipalities during the next week.

The response of the young people of the capital has exceeded all expectations when the country goes through a third wave of covid-19 that accumulates several consecutive days with more than 19,000 infections, figures not seen since the peak of the second wave in January.

The avalanche of young people under 30 years of age is such that the capital government made a call “to respect the headquarters and vaccination schedule that corresponds to them” to “avoid crowds and that the demand exceeds capacity.”

Mexico accumulates 2.8 million confirmed COVID-19 infections and 240,000 deaths, the fourth highest figure in the world after the United States, Brazil and India.

Since December, it has applied 66 million doses while 26 million people have completed the vaccination schedule, which is equivalent to 20% of its 126 million inhabitants.