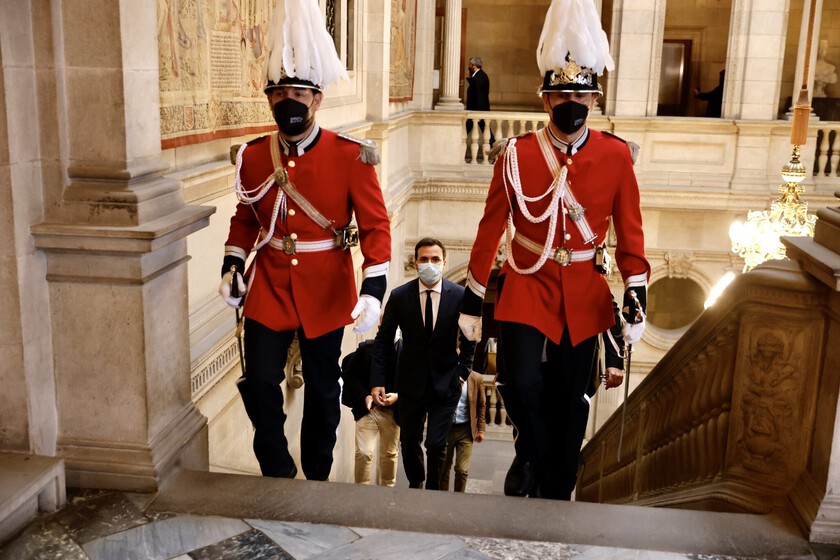 The Minister of Consumption, Alberto Garzón, has announced in a press conference held at the Barcelona City Council the prohibition by royal decree of the advertising of foods considered unhealthy that are aimed at children under 16 years of age.

Garzón thus announces the end of PAOS code, the self-regulation that until now had to prevent the advertising of this type of food aimed at minors on television, which, in the opinion of the minister, “does not work effectively, has had many failures, and it is an insufficient instrument to face the situation ”.

As the minister explained, the new decree law will regulate “directly” children’s advertising, following the model of countries such as Norway or Portugal. Since its publication, which ensures It will be held “as soon as possible within next year”, It will be prohibited to advertise unhealthy food in content aimed at children under 16 years of age, including those published on the internet and social networks.

To select foods considered unhealthy, the ministry has used product profiles that the WHO considers should not be advertised to children. These foods, Garzón explained, are framed in five categories: confectionery, chocolate and sugar; energy bars and toppings; cakes and bakery products; juices and energy drinks; and finally, ice cream.

Apart from these five categories, the minister explained that advertising directed at children under 16 years of age may be prohibited from other foods that fall within “a series of more complex nutritional profiles that depend on the WHO classification ”.

Garzón announced the measure after a meeting with the mayor of Barcelona, ​​Ada Colau.

Garzón already announced at the beginning of the year, in an interview with Direct to the Palate, who had the intention of toughen advertising regulation of foods rich in salt, fat or sugar aimed at minors.

At the time, he insisted on the need to implement the controversial Nutriscore front-labeling, among other things, due to the need for an industry-accepted nutritional profile that would serve to prohibit the advertising of unhealthy foods directed at children. “We couldn’t do it if Nutriscore wasn’t there, because then it would be arbitrary ”, he assured.

Although, since then, it has repeated its intention to implement Nutriscore on numerous occasions, in its appearance today he hasn’t even named the word. The regulation of children’s advertising will be based on nutritional profiles published by the WHO and will have nothing to do with Nutriscore.

Garzón has also explained that the body in charge of ensuring compliance with the new royal decree, and of applying the sanctioning regime, will be the National Commission for Markets and Competition (CNMC). Its president and the team are informed, he assures, “and they are delighted to assume that role.”

Specifically, the new royal decree will prohibit the advertising of foods considered unhealthy according to WHO profiles in the reinforced television protection schedule; neither before nor after children’s programs; nor on the children’s channels themselves during all their programming; nor in networks, social networks, websites or apps designed for children; nor in movie theaters in those films classified for minors under 16 years of age; nor in printed media aimed at those under 16 years of age or sections in generalists aimed at this age group.