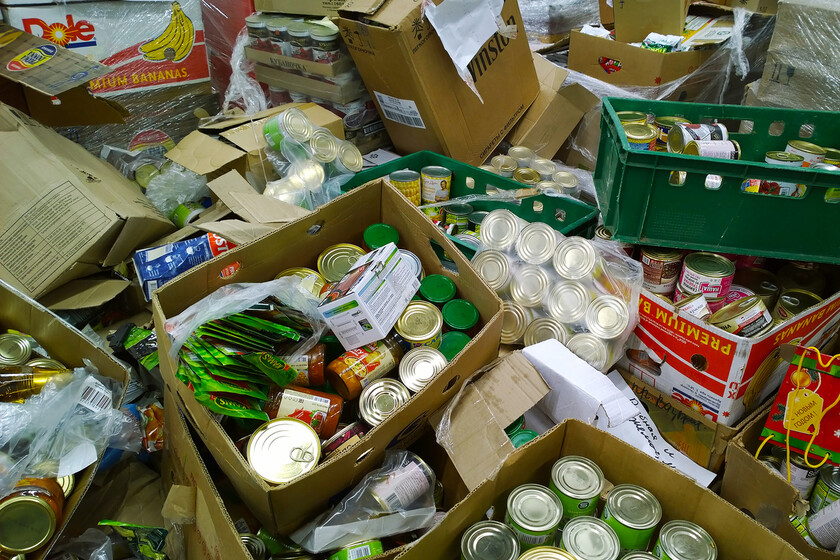 Today the Council of Ministers approved a draft Law for the Prevention of Food Loss and Waste, a regulation “conceived to produce a drastic reduction in food waste without consuming that ends up in the garbage and promoting a better use of them “.

As explained by the Minister of Agriculture, Fisheries and Food, Luis Planas, the law will try to remedy a triple problem: economic, environmental and moral.

Throwing food away, says the minister, is “a waste due to the work of farmers and ranchers, the natural means used to produce them, the consumption of resources such as soil or water, and the emissions into the atmosphere that are produced.” But, in addition, currently there are more than 800 million people in the world who are hungry, and another 1.6 billion who have nutrition problems, according to FAO data.

“There is no food product more expensive than that which ends up in the garbage,” says Planas.

A model of good practice

The law, similar to those that already exist in countries such as France or Italy, aims to establish a model of good practices to avoid food waste with actions throughout the food chain, from the origin in the harvesting process itself, to consumer habits in homes and in restaurants.

In order to reduce waste throughout the food chain, the law establishes that all its agents must have a prevention plan to avoid waste, and establishes a hierarchy of mandatory priorities, the first of which is the use for human consumption, through donations to non-profit companies or food banks.

For the food donation, the food industries, commercial establishments and the hotel and restaurant industry must sign agreements with the receiving organizations in which the conditions of collection, storage and transport and the selection of food, among other aspects, must be specifically set out.

In the second order of hierarchy, foods that are not sold but that are in optimal consumption conditions must be transformed (juices, jam, etc.). When unfit for human consumption, food must be used as by-products for animal feed or manufacture of feed, for industry, to obtain quality compost for agricultural use, or to obtain biogas or another type of fuel. All agents in the food chain must report annually on food losses, as well as compliance with their prevention plans.

Read:  the story that many compare to “You” already has a release date – FayerWayer

The Minister of Agriculture, Luis Planas, during the presentation of the law.

Sale of food about to expire

The law also contemplates that food distribution companies encourage, together with the administrations, the sale of products with best before date or next expiration date.

Retail establishments with an area to be set by the autonomous communities (never less than 400 square meters), must promote lines of selling products considered ugly, imperfect or unsightly that are in optimal consumption conditions.

The law stipulates that the Government will adopt public policies and measures to promote the adaptation of the dates of preferential consumption to the prevention and reduction of losses and food waste, and, where appropriate, the possibility of putting the products on the market. products with expired best before date, for which the criteria established by the European Union in the legislative proposals on the matter will be taken into account.

Hospitality establishments and other food services will have to offer their customers the possibility of taking, at no additional cost, what they have not consumed and they will have to report this in a visible way, preferably on the letter or menu. Stop it, They must have suitable reusable containers.

In order for all these new obligations to be fulfilled, the law contemplates a sanctioning regime, with fines ranging from 6,001 to 150,000 euros.

The Lamborghini Urus PHEV, a bestial SUV in tests to beat its rivals