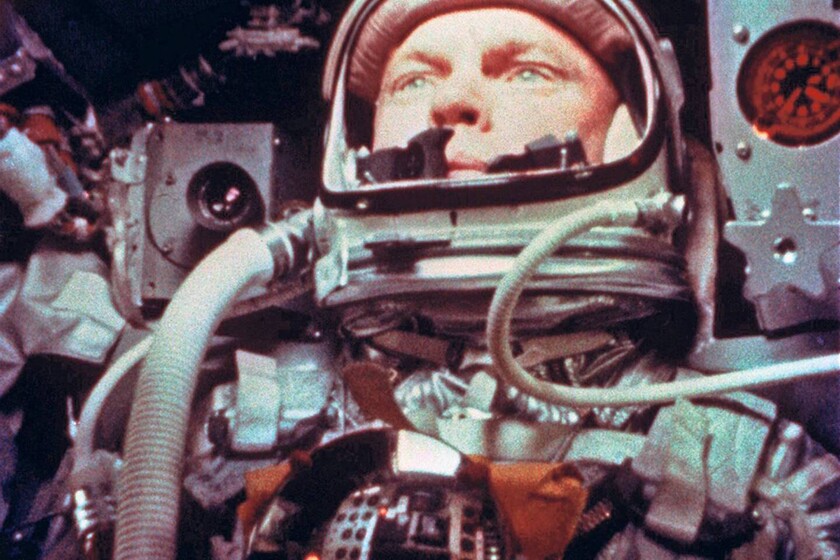 In 1962, the American colonel John glenn it was launched into space in a capsule that orbited the Earth three times. There he saw something that changed his life on a spiritual level: tiny glowing spheres that danced around the capsule in an angelic way.

“I will try to describe in the middle of what I am here,” he transmitted to Earth. “I am in the middle of a large agglomeration of small particles, they are brilliantly illuminated, as if they were luminescent. I’ve never seen anything like it. They surround me a little, approach the capsule and look like little stars. A whole shower of them comes down on me ”. They were actually …

Pee and the Mercury program

Those spheres were glowing orbs that accumulated the knowledge of an alien civilization … no, it was just glenn’s urine, which had frozen and formed perfectly spherical droplets when expelled by the capsule. Cosmic poetry of the pee capable of moving.


On October 4, 1957, the Soviet Union launched Sputnik 1, the first artificial satellite. In response, NASA was created and one of the agency’s first initiatives was announced on December 17, 1958: the Mercury program, whose objective was to bring man to Earth orbit, return him safely to Earth.

NASA received authorization from Eisenhower to recruit its first astronauts from among military test pilots. Candidates had to be under the age of 40, possess a Bachelor of Science degree or equivalent, and be 1.80 m or less (the only strictly imposed requirement was height, due to the size of the Mercury program spacecraft: the Mercury capsules were small and only accommodated one crew member).

Read:  What is the new SpaceX astronaut mission?

Glenn’s flight was the third in the program, and the first to reach Earth orbit, and he was in the spacecraft for the 4 hours and 55 minutes that the flight lasted, and the almost four hours in which he had to wait in the launch pad to have various technical glitches fixed prior to launch.

John Glenn was one of the first seven NASA astronauts recruited for Project Mercury. Known as the Mercury 7Joining Glenn were Gus Grissom, Scott Carpenter, Alan Shephard, Deke Slayton (the only one who did not fly in a Mercury capsule), Gordon Cooper and Wally Schirra. Grissom died in the Apollo I accident in 1967, and of all of them, only Shephard would go to the Moon, on the Apollo XIV mission.

Subway redesigns its menu and this will sell now

‘The miracle of P. Tinto’ or ‘Champions’?

Stranger Things: David Harbor revealed that in the last episode there is a nod to a renowned actor