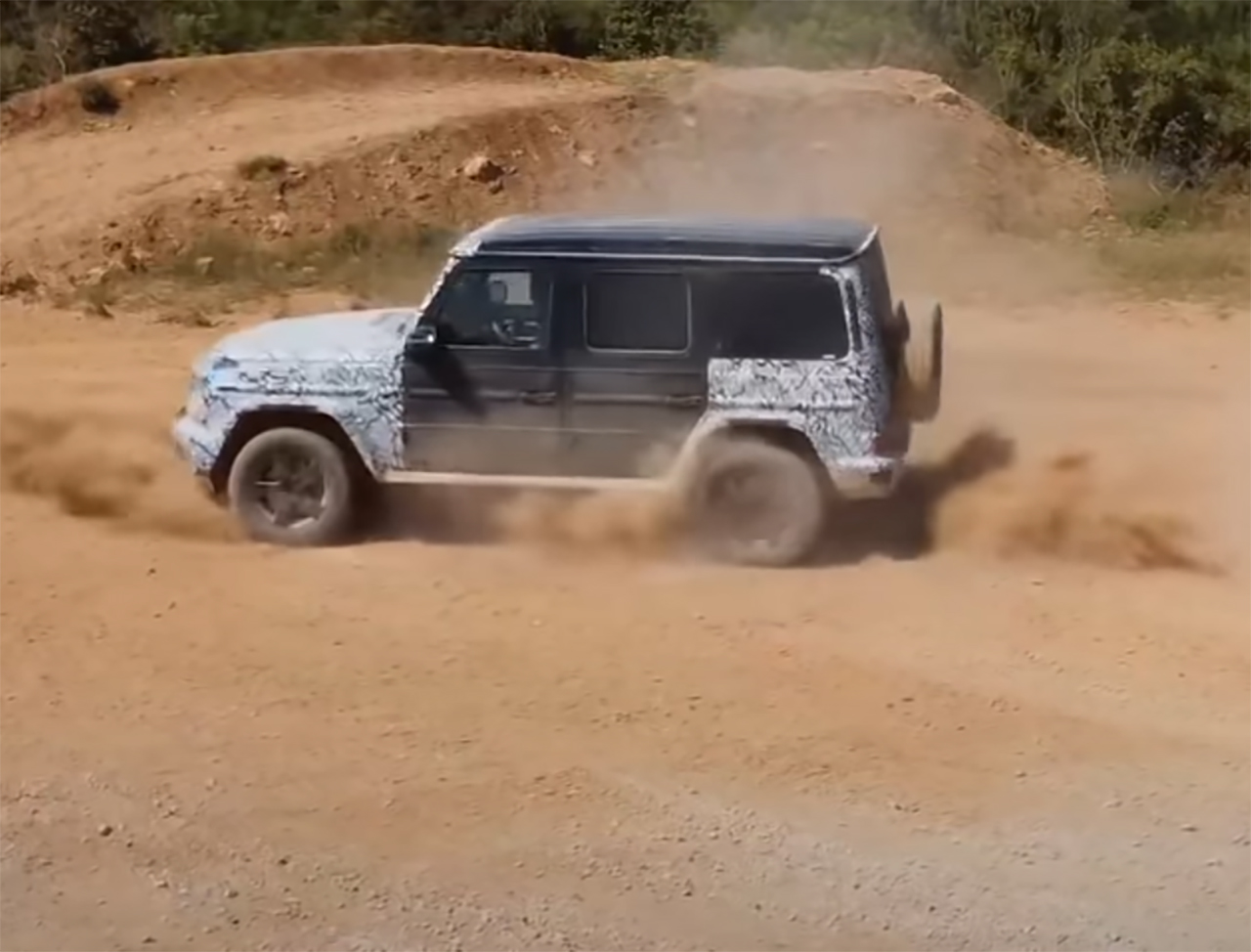 In just over a year and a half, the new and unprecedented Mercedes EQG will arrive. Scheduled for 2023, the star brand has confirmed that the iconic off-roader will not lose its capacity off the asphalt, despite its transformation into a 100% electric model, but will improve it. Take a look at this video and you will see what it will be capable of.

We knew that the mark of the star had begun the tests of the new Mercedes EQG 2023despite not having seen a single spy photo, but you will understand when you watch the following video in which the manufacturer advances one of the functions that will be key in the dynamic capacity outside the asphalt and in the hardest terrains. As you know, the head of the brand has already confirmed some issues in this the brand’s first 100% electric SUV.

One, that its iconic design will not be the subject of a transformation but will actually adapt to the stylistic canon of the Mercedes EQ zero-emission models. And the one we have already seen in the official preview of the Mercedes EQG Concept, in which practically nothing changes. Another confirmed detail is a powerful silicon battery with higher energy density without the need to increase battery size. But if this is one of the most powerful weapons of the future electric G-Class, with this you will be frozen.

Index hide
1 The Mercedes EQG 2023 will be more “tank” than the G-Class
1.1 The secret weapon of the new Mercedes EQG to lead the electric 4×4 market

And it’s not a joke at all, but one of those amazing Mercedes technologies that are going to put the competition in a bind. To Tesla, of course, but to Porsche, BMW, Audi and even Land Rover and its electric Range Rovers. Because the new Mercedes EQG will have a “G-Turn” functionso that can rotate on its own axis. As you can see in the video above, a system that actually already has the Rivian R1T for two years, but it will be a revolution in the European market.

Read:  The blockchain Web 3.0, the future of the Internet

The future EQG will not be technically based on the new EVA 2.0 platform that has been developed specifically for the new generation of electric cars, but rather will maintain the same technical scheme of the current model, although with the battery placed between the axles. The guts of the G-Class have been cleaned to equip up to four electric motors, one for each wheel, which you will be able to handle selectively according to the grip conditions. This means that each unit will have an automatic gearbox without driver interferenceso the system will be able to send all the power and torque, even to a single wheel.

But beware, take a look at the prototype. Its appearance does not change practically with the units seen from the G-Class Facelift in different scenarios, which confirms that the manufacturer has been working for months with the test units of this model that will arrive at the end of next year, and that they can be perfectly confused with combustion versions. Unless it is corroborated that there is a heat engine by its sound. Yet another of the brand’s strategies to go unnoticed among the feared photographers.

We spoke to Frontier about the Dominion Biosyn expansion