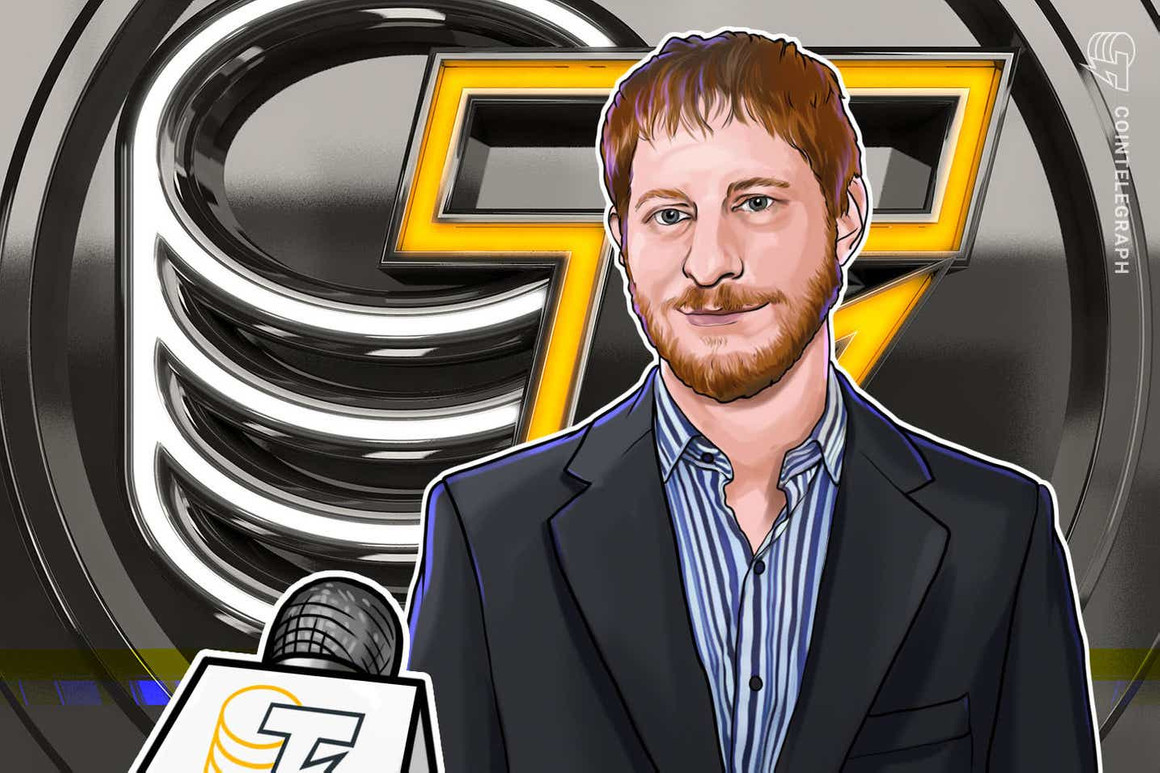 We talked in Argentina with the economist and director of Estudinero.org, Nicolás Litvinoff, who analyzed the current situation of Bitcoin. In his view, the drop in price has more to do with Bitcoin’s own cycles than with a change in the fundamentals of cryptocurrencies. However, he acknowledges the problems generated by geopolitical tension and changes in regulatory policy.

Matías Nahuel Castro (MNC): Why has Bitcoin been showing a downward trend in price?

Nicholas Litvinoff (NL): The bitcoin price is in a very high positive correlation with the stock market and that correlation is at all-time highs, which is good news and bad news. On the one hand, it means that institutional investors are entering and they do so because they consider it an investment asset, but the bad news is that at the moment it does not become a safeguard, something that could be an asset to care for the value before moments of market decline, because it precisely moves with the market. But at any time there may be a decoupling of this and that is more in line with the intrinsic values ​​of Bitcoin that have to do with an asset that is not so correlated with the markets or with the economy. But the factors that have more weight today are those: it has to do with the general fall of the market, with the geopolitical tension but also a certain expectation regarding how the issue of regulation in the US can be in what is cryptoactive , which in a short time should clear up.

MNC: Why does the Russia-Ukraine conflict affect the price?

NL: The explanation has to do with the fact that there is an appetite among institutional investors to enter Bitcoin. Those that can enter, because as it is not regulated by statute, the funds cannot buy and neither can the companies, and those that do make decisions based on the context. And since there are many who come from the stock market, they analyze it from there. But I think that Bitcoin is going to decouple when the intrinsic value is understood. There we will return to an asset that does not correlate so much with the markets. Bitcoin is a risky asset in terms of investment, and in a context of rising rates or uncertainty due to geopolitical tensions, risky assets are the first to be sold. So those investors who see it as just another asset tend to sell it at times like this.

MNC: What role are the whales and big investors playing in this?

NL: There are whales, big institutional ones, but now they invest more for their own portfolio. Serious money is when they can offer it to their customers. There is an important inflow of money there, but it is not going through the regulatory issue. It may be that they give it volatility, but the ups and downs of Bitcoin have to do with other issues, more about the nature of Bitcoin and that it is a new technology. That is something that happens with new technologies, beyond institutional ones that sell or go down.

MNC Is it normal to fall in the context of an ATH just a few months ago?

NL: It presents these falls because it is a highly volatile asset and usually has falls of 30% or 40%, even several per year. That is within its nature and its dynamics, but what is clearly happening is that these declines occur in a bullish context. At one point it fell from USD 1 to 20 cents, then from USD 100 to USD 40 and then from USD 1,000 to USD 300 and then in a couple of years we talked about the Bitcoin crash that fell from USD 150,000 to USD 130,000.

MNC: Does this mean that it is cheap or expensive to enter?

NL: Expensive or cheap are very difficult terms and more when we analyze Bitcoin because in order to answer I would have to know what the horizon of the person who is thinking of buying is, what is the term. If you are a very long-term investor, it is clearly cheap. If this technology ends up being imposed as many of us think, it still has a lot to gain when the investment is achieved. If you are a medium-term investor, you would have to do a little technical analysis and see how you are doing against the moving measures, but since you are 40% below your maximum. At least you know how expensive it is. If it’s a short-term one, it’s better to go play at the casino, because at least there they give you free drinks. By this I mean that in the short term it is not possible to know at all if it is expensive or cheap because it is very volatile and moves randomly.

MNC: How does an investor prepare psychologically for these moments?

NL: It has to do with the investment term. Bitcoin is a variable income investment, that means that the income will fluctuate throughout the life of that investment. If one invests with a horizon of five years, which for me is the minimum recommended to invest in Bitcoin, throughout those years you have to know that you can be 60% or 70% down at some point in the investment, especially where there are more risk, which for me are the first years of investment, because having a background upward trend as those years go by and Bitcoin gains ground, the falls are going to be strong, but from a higher place. The one who bought it at USD 69,000 and now has it at USD 39,000 is concerned, but that fall is within the margins that we are talking about. But the one he bought 5 years ago at USD 2,000 is now at USD 39,000, he fell the same, but clearly his position and calm is different. You have to prepare as a five-year investment and that in those years there are going to be falls and in the first years it is very likely that the capital will be reduced by 70%, but if you did not realize the loss by selling and the fundamentals are maintained, in At some point I will recover and go to the front.

MNCWhy does the altcoin market always follow the fall?

NL: Altcoins always tend to be riskier than Bitcoin, as Bitcoin is to the crypto market what US Treasuries are to the regulated, traditional financial market. So it is understood that the altcoins – although it is necessary to see what industry and others, because the NFT altcoins rose and those of the Metaverse as well; There are always industries that can have divergent results – in general, it is not that they accompany the fall but that they magnify it and that Bitcoin is always the one that falls the least in the universe of crypto assets. But altcoins are all risky projects, some more some less. Ethereum is less risky but most of the others are risky and many also depend on financing, which when there is a rise in rates or an economic recession can be in danger and not survive. There are many variables, but altcoins magnify movements both up and down.

MNC: Does this drop particularly affect the Latin American region?

NL: I don’t think it has affected Latin America at all. When the price of Bitcoin falls, something very curious happens, and that is that many investors lose interest and despite the fact that it falls, which is cheaper and more attractive to enter, they only buy when the price is rising, which is clearly a mistake. But in Latin America it does not affect too much, especially since the activity of stablecoins continues to increase, that is why placements can be made and the value of money maintained, especially in economies with devalued currencies.

MNC: Was there any change in the fundamentals?

NL: Nothing changed in the fundamentals. This fall is in line with previous falls, but I do think it could be a gamechanger, an important change, for the fundamentals of the regulation issue. The rhetoric changed a lot, it became more benign and beyond the interpretation that the regulation is going to be negative and that Bitcoin will fall when it is known how the US is going to regulate Bitcoin. I think it will be very positive because it will to allow a very strong inflow of capital towards crypto assets. The fundamentals remain the same and are very strong in the long run. This fall is more a matter of cycles than anything else.

Disclaimer: The information and/or opinions expressed in this interview do not necessarily represent the views or editorial line of Cointelegraph. The information set forth herein should not be taken as financial advice or investment recommendation. All investment and commercial movement involve risks and it is the responsibility of each person to do their due research before making an investment decision.