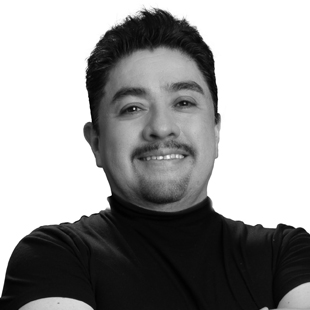 Throughout my career as a designer I have been fortunate to meet very brilliant minds in design, marketing and communication. This time I am fortunate to share a very interesting thesis. by colleague Luiso Martínez, professor and researcher at the Montrer University and independent designer, a text that invites you to comment, reflect and even debate about your position on design. Here is his text:

What do we really see when we perceive a chair, a label, or a logo? It seems that the institutions that have directed part of their efforts to teaching design offer their knowledge in subjects such as color theories, composition, or software domain, even subjects such as semiotics are offered in a general way and as a consequence, the student does not manage to land the authors and theories in their processes with ways to solve a problem.

If we decide to go on a platform safari and digital and non-digital libraries, we will be aware that the vast majority of the knowledge offered revolve in a superficial and subjective way about the phenomenon of designing, this information accessible to the internal and external community of design causes a false understanding of the profession, the user is tricked into thinking that the design is easy and spontaneous, that is to say, a process far from the intellectual focused on symbolic and merely aesthetic occurrences, these platforms simply transmit Doxa (unsubstantiated opinions) and not the episteme (Valid knowledge) of the design.

It seems that the “spontaneous” has been pondered in the process of designing on reason and logic as a consequence of what I have decided to call the forgotten question of design, professionals have forgotten to ask ourselves why do we design?, a question that like many of philosophy seems innocent and outdated, however the supposed modernity in which we live has not given us respite to stop the vertiginous movement of everyday life, to suddenly stop the pencil on the paper and ask ourselves, what is the point of designing?

I believe that the so-called forgotten question has two dimensions on which our ship must sail in order to come close to a solution in the vast tide of false truths about design. On the one hand, an earthly dimension, corresponding to the sensitive and changing world in which design lives, in such a way that the second dimension corresponds to a higher understanding, which originates from the mysticism of being, corresponding to the supersensible world, what is not within the reach of the senses and the logical mind.

To access a new understanding of design, the designer’s first duty is to accept as an ethic that we are creators of appearances and fictions, aesthetic lies, being aware that all design is an appearance, all designed products are born degraded by the limited materiality of the world that we call “reality”, said in an academic way: everything designed object is a sign, understanding as a sign a thing that is in place of another trying to represent it, if “B” all design is a sign “B” is the unsuccessful attempt to represent an “A”, “B” will always be a failed attempt at communication, as it will only be an illusion of “A”. We will never meet “A”. “A” will always be behind the veil of the mind that only perceives “B”. The human being is in a constant process of self-deception that prevents him from waking up from the false reality created by the mind and its symbols, (moving a little away from this idea to the signs created for initiates that get closer to a truth through of occult knowledge putting the symbol into practice).

Consequently, we must understand design as an illusion of the intellect, since design orders reality at the same time that it hides the truth from us, we believe with certainty that we see beauty in an illustration, but has anyone seen beauty itself?, right? Is design an infinite series of illusions that the mind uses as a defense to try to order the chaos of our supposed reality? The designer assures that in his graphic solution he has managed to convey concepts such as freshness, elegance or tranquility, as if we had the non-empirical transcendental knowledge of having known said concepts in their pure BEING.

The question about the foundation will then arise: What is the foundation of the design? The norm is to mistakenly believe that the foundation of the design, that fundamental stone is color, texture, shapes, etc. We sustain in this thesis that design is the appearance of the world starting from the fact that its original principle is language, we conceptualize with language the need to be solved, ergo the solution arises from language, now, if language is an abstract structure of thoughts and phonetic – written representation of thought, we are dealing with language as signs that, based on their dual signifier – meaning, try by social agreement to represent, name or refer to things in the world , the word dream, will never have the ability to resemble the action of dreaming, however we believe that this sound has sufficient qualities to achieve it, if it were so, if the words were real and project truths, there would be only one universal spoken language and written in the history of humanity, the concept distances us from reality, thought and its symbols do not do justice to the true way of being of things, because it is precisely language that fragments us from reality, the executioner that it has expelled us from the primordial unity, and if design has language as its cornerstone for its existence, we are before the conclusion that design is an illusion. n and concealment of reality.