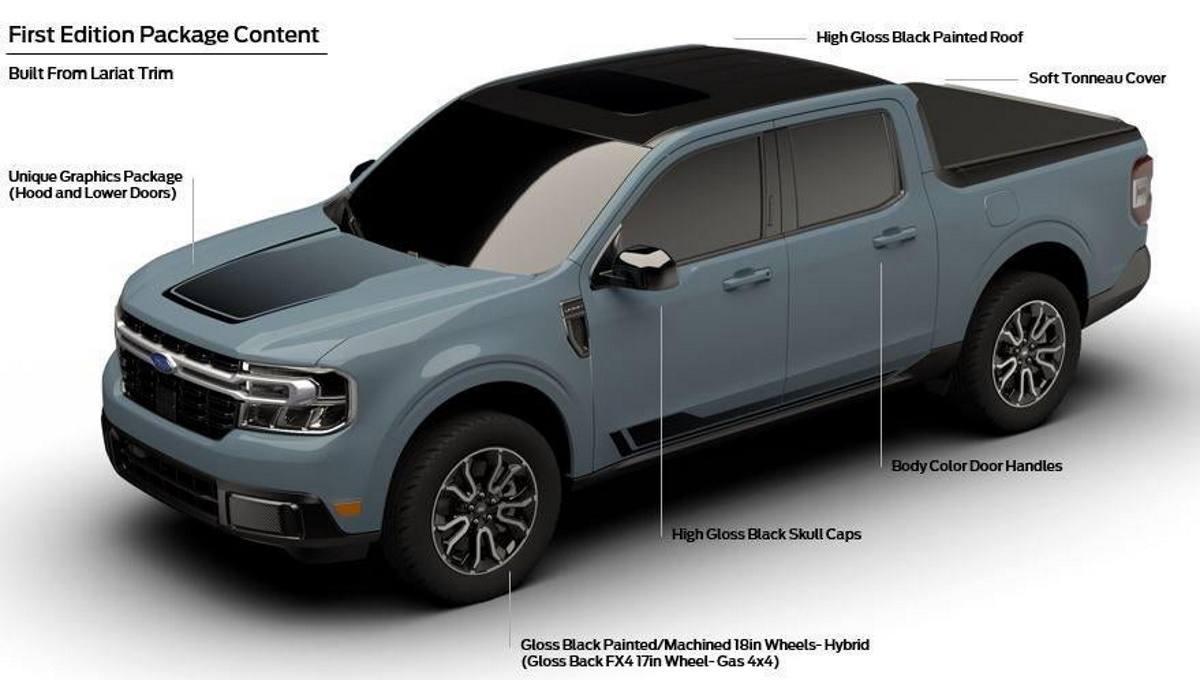 Ford’s own marketing department has inadvertently leaked the first images and data of the special edition launch of the new Ford Maverick. A special and limited version that for a small surcharge has a specific configuration and expanded equipment.

The new Ford Maverick 2022 was presented a month ago now, but curiously the company did not reveal any images or data about its special launch edition, the future Ford Maverick First Edition 2022, a version that will have an aesthetic configuration and specific equipment.

As usual, this type of special editions are intended not only to celebrate the launch of the model, but take advantage of the great demand for it during the first weeks or months to make cash with a slightly more expensive version, although in return they usually have special or unique configurations that are not available again.

The Ford Maverick 2022 is not going to be less and You will also enjoy a special edition of this type called First Edition, which will be distinguished from the rest of the versions in the regular catalog thanks to a combination of aesthetic elements and equipment.

This first edition has been filtered by the guys from the specialized forum Maverick Truck Club, the same ones that revealed the first image of the front of the pick-up in its assembly line, although the truth is that This comes from promotional material provided by Ford’s own marketing department, so it is assumed that it is an inadvertent leak. This has been identified by the guys from the aforementioned forum and they not only have the first image of this special version, but also all its characteristics and specific elements.

The new Ford Maverick First Edition 2022 is going to be characterized by a set of specific black graphics on the bonnet and side skirts, in addition to having the roof in gloss black and a good number of exterior elements in this same color. As is the case with the exterior mirror housings, the front bumper trims or the rear cradle cover. This version also mounts 17-inch wheels in gloss black or 18-inch two-tone for the mechanical hybrid versions, the door handles in the same color as the bodywork and chrome elements on the grille. Inside we find the richest equipment configuration in the range, as this version only available on the Lariat trim level in combination with the optional Luxury Package and will have an extra cost of $ 1,495.