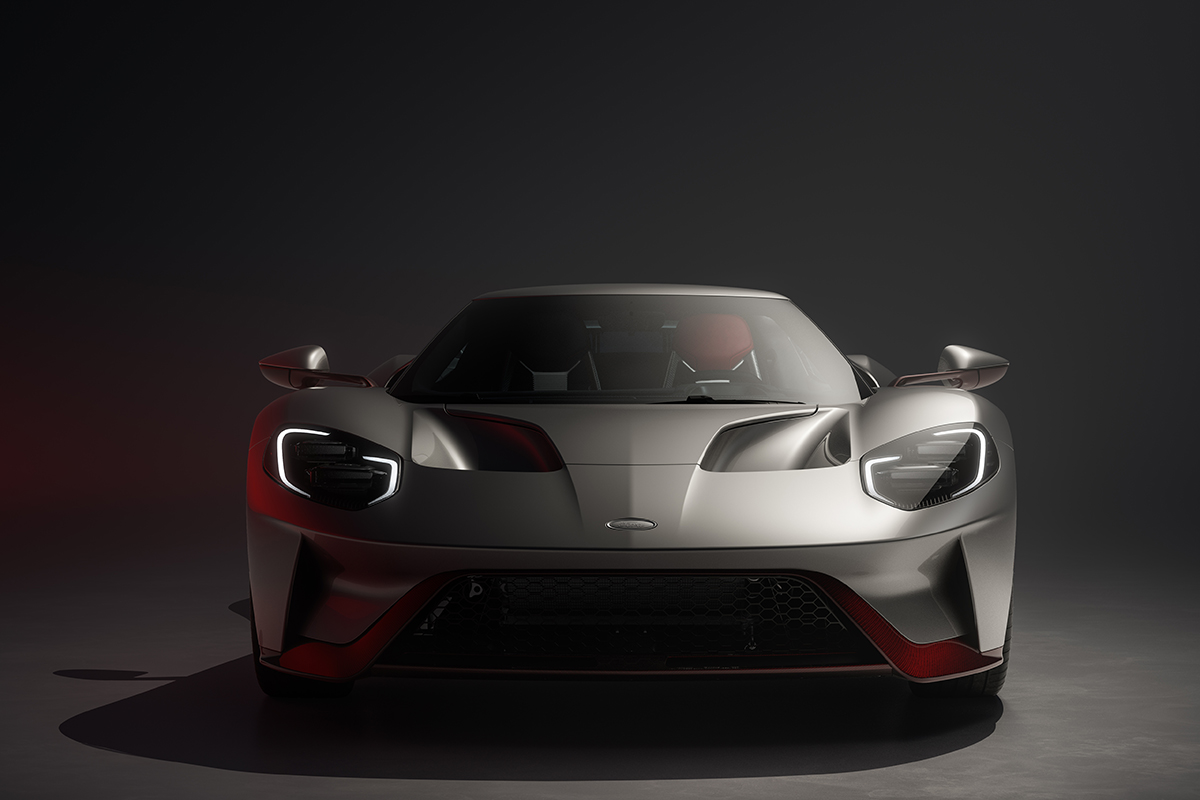 The exclusive Ford GT will leave the market at the end of 2022. The 2016 Le Mans winner will go out of production, a farewell that the blue oval brand has confirmed and that will materialize with a limited and very exclusive edition, that of the Ford GT LM Edition .

The Ford GT has completed its life cycle in the market. The American brand has confirmed that it will say goodbye to production before the end of this year 2022. The third place in Le Mans 2016 will leave with a special edition in between, only within reach of the deepest pockets and loaded with money, since the firm will limit the production of the Ford GT LM Edition to 45 units.

Developed by Ford Performance and Multimatic, despite its spectacular design, has been conceived with technical specifications for circuits, so it will not be homologated for street. The limited edition GT dresses the carbon fiber bodywork in an exclusive paint, dubbed “Liquid Silver”, creating an elegant contrast with the blue or red that bathes the spoiler on the front apron, the sides and the diffuser rear bumper insert.

The Ford GT LM Edition is a finishing touch for circuits

Also, the supports of the rear-view mirrors or the rear cover of the engine. A combination that pays homage to the winning unit in the French endurance test that wore number 69. 20-inch alloy wheels are also made of carbon fiberpresenting reflections in the same contrasting colours, revealing the calipers of the powerful brakes supplied by Brembo and lacquered in gloss black.

Read:  The European Union studies a severe Euro 8 standard by 2035 and eliminate combustion

Inside, the Ford GT LM Edition features sports seats covered in black Alcantara and red or blue in the central section of the bench seat and backrest, to suit the customer, in contrast to the dashboard covered in black leather and Alcantara, combined with decorative applications on the center console, the air outlets and the windshield pillars of matte and glossy carbon fiber. In addition, on the right side of the dashboard there is a decorative motif typical of this special edition, with the corresponding numbering.

A plate made from the 2016 Le Mans Ford GT crankshaft ground and crushed into a powder that has then been 3D printed. The same technology used for the heady-sounding titanium exhaust system of the twin-turbocharged 3.5-liter EcoBoost V6 petrol engine, delivering a maximum power of 660 hp. Enough to reach a maximum speed of 348 km/h.

Ford wants you to stop losing your work tools