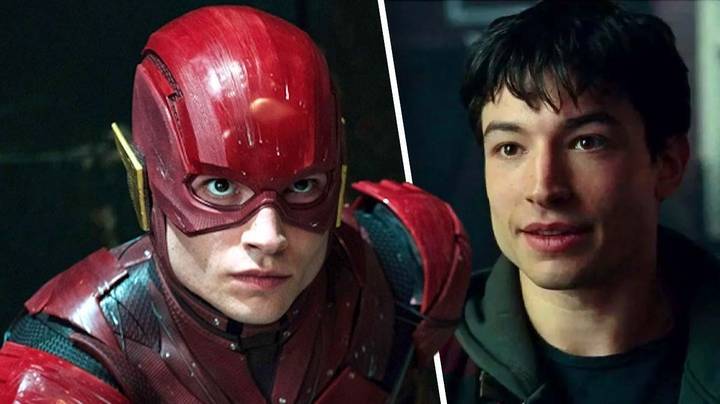 Index hide
1 The Flash maintains its theatrical release date despite all the controversies surrounding its protagonist, Ezra Miller. Everything you need to know here!
2 Share it with whoever you want
3 Related Posts

The Flash maintains its theatrical release date despite all the controversies surrounding its protagonist, Ezra Miller. Everything you need to know here!

One of the actors most involved in controversies in recent months is Ezra Millerwho plays Barry Allen since 2016 and he will even have his individual film called TheFlash. Despite all the controversies surrounding the actor, the film starring Miller and directed by Andy Muschietti maintains its theatrical release date for 2023. This decision of Warner Bros. is being criticized by many fans of DC.

Since the controversies with the actor began, fans began to collect signatures to achieve various things. One was to trade Miller for Grant Gustinwho already plays the character in the series Flash. Another of the petitions, the one that you sign the most together, is that the film not be released in theaters.

The reason why Warner Bros. seems not to want to change the premiere of the film is because it cost a lot of millions of dollars, and in order to recover the investment it must be released in theaters yes or yes. It seems that even though Miller is an actor that many currently do not want to see, the film will manage to raise enough according to the projection of the study. On the other hand, brand new Flash in hbo max not in the plans Warner Bros. because if they do, they will not recover what they invested.

However, the film may Flash be the last project Miller do with the study. The CEO of Warner Bros Discovery, David Zaslavwould be about to make the decision to terminate the contract of Miller due to his behavior, which does not leave the studio very well. And the lack of decision Warner it is also what is causing people to stop considering the study one that has as a priority to give work to people who deserve it.

Read:  God of War: Ragnarok - November could be the date scheduled for its release

In case you don’t know what’s going on with Miller, We are going to give you a mini summary of everything that came to light. The actor earlier this year was arrested in hawaii after assaulting some people in a bar. When he was released, a week later he was arrested again for a similar situation. In addition, he was involved in other problems, such as possession of weapons or how he used them to take some photos where minors were involved.

However, the biggest problem came a few days ago when a German woman stated that the actor showed aggressive behavior in February this year. The woman is a friend of the actor and invited him to his house to hang out while he was in the country. But what seemed to be a pleasant evening turned out to be so when Miller she started smoking and her friend kindly asked her not to.

With a simple request, the actor became furious and began to verbally threaten the woman. Later, he filed a criminal complaint against him with the German authorities for home invasion, but the complaint was suspended after Miller will abandon Germany.

Whatever the decision of Warner Bros., importantly, fans of the studio are disappointed by the lack of response. One of the most recent cases of actors who were sued for their conduct is that of Johnny Deep. When his ex-wife’s lawsuit against him for violence became known, all the studies (until Warner Bros.) canceled projects with the actor. Y Deep he had a movie shot with the studio, which was delayed so it could be shot again with a new actor. Yes Warner Bros. want to be consistent, you should make a similar decision with Miller.